Ignoring the recommendations of the Technical Expert Committee of the SC is, in effect, contempt of court. 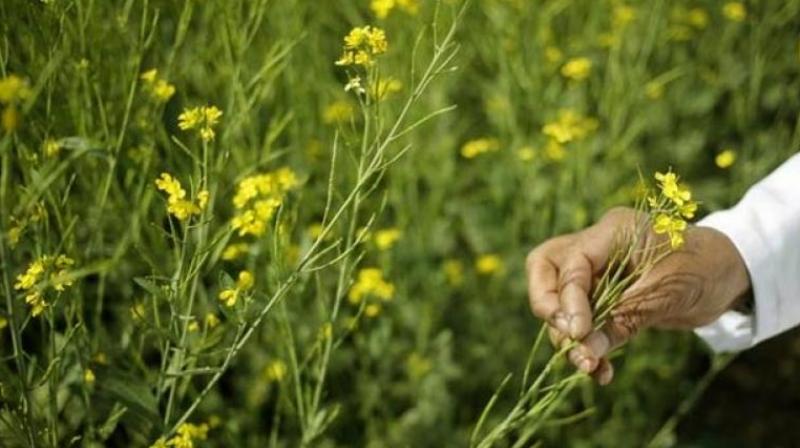 Ignoring the states that are saying they will not allow GMO mustard is a violation of the Constitution and the biosafety framework.(Representational image)

For two decades, the Poison Cartel (now reduced to three — Bayer Monsato, Dow Dupont, Syngenta Chem China) has been corrupting our governments, our regulatory agencies and some of our scientists to push their hazardous GMOs that do not work and claim patents and royalties based on scientific fraud.

Monsanto’s corruption of regulatory agencies and attack on science and scientists is getting exposed. In the recently released “Monsanto Papers” made public through discovery in a court case filed by 100 cancer victims against Monsanto, it has become evident that not only are Monsanto’s products (Roundup and Roundup Ready crops) carcinogenic, but Monsanto has attacked the United Nations’ World Health Organisation and scientists like Dr Eric Seralini whose research established Monsanto’s links to cancer.

On March 10, 1995, Mahyco (Maharastra Hybrid Seeds Company), a collaborator with Monsanto, imported 100 grams of the Bt Cotton seed without approval from the GEAC, which under Rules for the Manufacture, Use, Import, Export and Storage of hazardous Microorganisms Genetically Engineered Organisms or Cells, 1989 — framed under the Environment (Protection) Act, 1986 — is the only body that can grant permission for importing genetically engineered substances (seeds in the present case).

“No person shall import, export, transport, manufacture, process, use or sell any hazardous micro-organisms or genetically-engineered organisms/substances or cells except with the approval of the GEAC.”

In 1998, Monsanto entered into an exclusive agreement with Mahyco and formed a joint venture, to introduce genetically modified Bt cotton in India.

In 1998, Monsanto-Mahyco illegally started open field trials of Bt cotton in 40 locations, and I had to start a case against them in the Supreme Court to uphold our biosafety laws.

The GEAC stated:
(i) The crop, which is standing, may pass to the soil that modified genes which it contains. The effect on soil micro-organisms cannot be estimated and may cause an irreversible change in the environment structure of the soil. It is a standard practice to uproot crops which pose such a threat. The destruction by burning is to ensure safety to environment and human health and to obviate any possibility of cross-pollination.

(ii) The destruction of the cotton produce as well as seeds harvested from this plant is also equally necessary. The cotton which has been produced is genetically-modified cotton, the effect of which i.e. allergenicity and other factors on mammals are not tested. The precautionary principles would require that no product, the effect of which is unknown be put into the market stream. This cotton which in appearance is no different from any other cotton will intermingle with ordinary cotton and it will become impossible to contain its adverse affect. The only remedy is to destroy the cotton as well as the seeds produced and harvested in this manner.

(iii) Since farmers are being put to a loss, the further process to determine the compensation payable to farmers, who have unwittingly used this product, has to be determined and undertaken.

“I would respectfully submit that every day of delay in this matter poses a threat to the environment”.

Yet, a few days later Bt cotton that had been declared hazardous in the case of Navbharat was declared safe for Monsanto, and approval was given to Monsanto to introduce Bollard I.

Even at the trial stage, it was clear that new pests are being created and Bt cotton does not work as a pest control technology.

The primary justification for the genetic engineering of Bt into crops is that this will reduce the use of insecticides. One of the Monsanto brochures had a picture of a few worms and stated: “You will see these in your cotton and that’s okay. Don’t spray”. However, new pests have emerged and the pink bollworm has evolved resistance.

Monsanto has used the failure of its technology as an excuse to sell Bollard II with higher prices and higher illegal royalties.

Monsanto cannot legally collect royalties on seeds because our patent laws do not recognise seeds, plants and animals as “inventions”. Article 3(j), therefore, clearly excludes seeds and plants from patentability. When the government passed a seed price control order, Monsanto took the government to court and the case was dismissed only after our intervention.

Monsanto is now challenging Article 3(j) of our patent Act in a case in the high court in Delhi in which I have had to intervene.

This is the rule of Monsanto, not the rule of law. Corporations are introducing unnecessary, hazardous GMOs by corrupting biosafety regulations.

The government failure to regulate GMOs and the courts failure to have regulations implemented honestly and scientifically has cost hundreds of thousands of farmers to commit suicides.

Sixty per cent of the beneficial soil organism has disappeared and there are no pollinators to be found.

These were avoidable costs if the evidence had not been ignored.

The fraud and corruption we have witnessed in Bt cotton at high costs to farmers and the environment are now being repeated with GMO mustard. A herbicide-resist crop is being fraudulently pushed as a hybrid. The bar-barnase-barstar technology patented by Bayer-Monsanto is being falsely passed off as Pental’s. Mustard, a crop that cross-pollinates vigorously, is being presented as a crop that has no risks of contamination through pollination.

Mustard, our food, our culture of which we eat leaves, seeds and oil is being unscientifically equated with canola. Even though the evidence shows that the leaves have toxic genes, it is unscientifically assumed there will be no impact on health. No feeding trials have been done. Biosafety regulations have been put in place internationally and nationally to do independent safety assessments and obey the regulations. Non-tests are not proof of safety. Ignoring the recommendations of the Technical Expert Committee of the Supreme Court is, in effect, contempt of court. Ignoring the states that are saying they will not allow GMO mustard is a violation of the Constitution and the biosafety framework.

Two decades of corporate corruption and scientific fraud is enough. GMO mustard must not be approved.