Take all roads to safety

K M Chandrasekhar
The author is a former Cabinet Secretary.

The SC gave its judgment in the light of the rising incidence of road accidents. 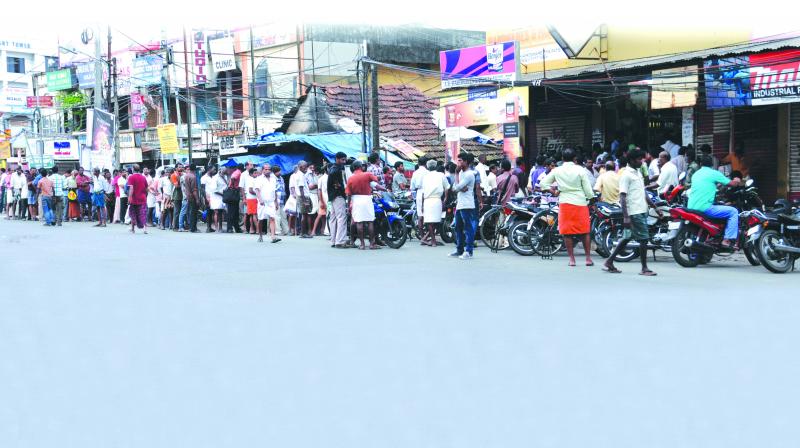 The right of the Supreme Court to use its judicial authority to enforce any measure which it considers to be of national interest is unquestionable. I do not question the views of Sri Madhava Menon also. He is a great legal luminary and I cannot venture to doubt his profound knowledge of the Constitution. Nor have I read the judgment.

However, I have some doubts. I read through once again Articles 36 to 51 of the Constitution, which relates to Directive Principles. I was struck by the fact that there seemed to be two categories of Directive Principles, those in which the State is virtually mandated to take action and those which the State shall “endeavour” to fulfil. Article 47 says that the State shall “endeavour” to bring about prohibition, just as Article 44 directs the State to “endeavour” to bring about a uniform civil code for its citizens and several other Articles that ask the State to endeavour to promote education, health, rights of workers and so on.

On the other hand, Article 48, relating to cow slaughter seems to be far more forceful. It says that “the State shall take steps for...prohibiting the slaughter of cows and calves and other milch and draught cattle.”

This is not a reflection on my views regarding cow slaughter and prohibition. Such policy decisions are best taken by elected representatives of the people, who will deliberate over each issue, and finally decide what is best for the people taking into account their views which have pride of place in a democracy.

As the provisions of the Constitution were deeply debated in the Constituent Assembly, each word has its own weight and its own impact. Hence an injunction to “endeavour” to achieve something does not look to me like a Constitutional guarantee.

However, the SC gave its judgment in the light of the rising incidence of road accidents. In my view, the road infrastructure in India requires radical improvement to bring down the number of accidents. There is a gross mismatch between the size and number of vehicles entering the roads and the availability of infrastructure in many parts of the country. Enforcement of safety regulations, including reasonable speed restrictions, safety measures within vehicles and regular checks for drunken driving would bring down the incidence of accidents. Trauma centres within easy access would bring down the number of fatalities.

Moving liquor vending establishments half a kilometre away from highways may not stop drunken driving. Those who must drink will take the additional half kilometre in their stride and may, in fact, cause more accidents, as there would be agglomeration of vehicles on narrower roads. I am not going into the question of loss of excise revenue as this will re-adjust itself in a short while and there is not likely to be any reduction in the quantum of drinking. But the SC has highlighted a major policy initiative that is badly required in this country: the need for a cohesive strategy, encompassing the Centre as well as the States to deal with this major problem of rising number of road accidents in many parts of the country in a holistic manner. For this, we are beholden to the highest judicial authority of our land.

5 risk factors
A WHO report lists five key risk factors for road traffic injuries. They are speed, drunk driving, failure to use helmets, seat belts and lack of usage of child restraints properly. The report highlights that 17 countries changed laws to bring their legislation to one or more of these five risk factors into line with best practices. The report highlights the role of safe infrastructure and vehicles to reduce road traffic injuries. 49% of all accidents occur among pedestrians, cyclists and motorcyclists.

A Global plan of action to stabilise and reduce predicted levels of road traffic fatalities around the world promotes proven cost-effective solutions for making roads safer including those pertaining to (i)  Road  safety  management;  (ii) Safer  roads  and  mobility;  (iii) Safer vehicles; (iv) Making road users safer; and (v) improved post-crash response and hospital care. It also  provides a framework for coordinating action at an international level. Many high-income countries have managed to break the link between rising motorisation and road traffic deaths, with some managing to dramatically reduce such deaths. These achievements are the result of making infrastructure safer, improving safety of vehicles, and implementing other interventions known to be effective at reducing injuries. Having good quality data to monitor impact of these efforts is critical to demonstrating their success