Our society is ridden with superstition

In India our special feature seems to be to import superstitions that originated elsewhere and improve on them. 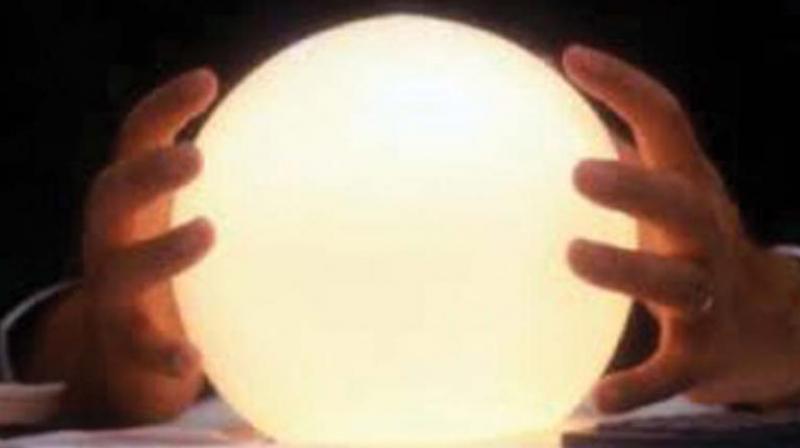 One should not be aggressive in speaking against a superstition: if you do so the person will hold on to it more tightly! A tactful approach is likely to be more effective.

The year was 1989. The University Grants Commission had decided to set up in Pune, a national centre, which would serve as a think tank and facilitator for the faculty and students of all universities in the field of astronomy and astrophysics. One of our early steps was to ensure the accessibility of the centre through fax and phone. We asked it to be listed in the new telephone directory as the Inter-University Centre for Astronomy and Astrophysics.

However, the day the directory came out, a scientist from a neighbouring institute walked in with a wicked smile on his face. He opened the new directory at the relevant page and pointed to the entry of our institution. It read: Inter-University Centre for Astrology and Astrophysics.

After we recovered from the shock and engaged in post-mortem, we discovered that somewhere in the editing department of the telephone company, a “wise” man felt that our entry word “astronomy” must be wrong and we must have meant “astrology”.

The above episode indicates how the general public feels comfortable with astrology. This example was, indeed, no different from my later experience. A typical member of the general public on learning from me that my study is mainly in astronomy would immediately ask my view on how the planets influence our destiny. Likewise, when I was giving a conducted tour of IUCAA facilities to a group of visitors, one lady visitor asked if our computer could cast horoscopes.

To the extent possible, I try to explain the difference between astronomy and astrology: elaborating on why one is science and the other a superstition. The listener politely listens and (most probably) forgets what I said.

These examples are indicative of the general low rating for scientific temper amongst our people, educated or otherwise. While writing Discovery of India in the Ahmednagar Jail, Jawaharlal Nehru had expressed the hope that the lack of scientific temper would be gone once India became free and its people learnt to take their own decisions in a rational way. This has manifestly not happened! Buying new items in the so-called “Pitru Paksha” is avoided, as this period is considered inauspicious for launching new programmes or buying new items. The so-called Prasthan is a device to enable setting out for travel on a day not considered auspicious. The logic behind it, for what it is worth, goes like this. Suppose you have to travel on a particular day but your astrologer advises you that the day is not auspicious. He recommends travelling on the previous day. How do you solve this problem without compromising your belief in astrology? You resort to Prasthan. It requires you to pack your travel case and leave it in your neighbour’s house on the previous day, which has been declared astrologically good. Your journey, therefore, will be assumed to have begun on the previous day. If you now leave for your travel on the day you had chosen earlier, you will not have broken any astrological rule!

There are numerous such stratagems invented to satisfy the superstitious mind. In India our special feature seems to be to import superstitions that originated elsewhere and improve on them. The housing sector in particular takes vastu shastra seriously and supplements it with the feng shui of Chinese origin. These inputs often require breaking the existing building so as to reconstruct it as per the prescribed rules. The “rules” again have their own logic which would defy commonsense. The client, however, believes in that logic and insists that the architect redesign the residence. One may ignore such activities by saying that if the client wishes to burn money, it is his business. But one needs to be alert against any wastage of public money. For, there have been cases of breakage and reconstruction of public buildings to suit the beliefs of the political head.

These and many other examples paint a picture of our society as a superstition-ridden organisation believing unproven belief systems. Another visionary, former Prime Minister Atal Behari Vajpayee, felt that by bringing science closer to the masses we might make them appreciate and use the scientific temper. Indeed one feels that our countrymen have a mindset appropriate for the 18th century rather than the present one. But what can be done to rectify the situation?

Any public education programme, I feel, should concentrate on schoolchildren. Their parents, the adults, are perhaps too deeply set in their beliefs and are less likely to change. Children, on the other hand, are generally open to discussion, will think more openly and ask more questions. In fact, my suggestion to schools is to allow every week, one period for open discussion with children encouraged to ask questions.

So far as adults are concerned one should design experiments to test belief systems. Horoscopes in astrology, vastu shastra, miracles performed by the so-called holy godmen, can be tested with suitable experiments. A test was designed in 2009 to see if the horoscope can tell whether it belongs to a bright child or a mentally retarded one. The test was performed in Pune resulting in demonstrating that horoscopes fail to do so.

However, when all is said and done, don’t forget the human ego. I am reminded of the story I heard in my schooldays. The Sun and Wind argued as to who was the more powerful amongst the two. As a test they decided to see who could remove the coat that a hiker was wearing. “Easy!” muttered the Wind as it blew harder and faster. But the man held on to the coat tight. So the Wind gave up and the Sun took over. It simply resorted to shining brightly. At last the hiker felt very uncomfortable and took off his coat. The moral: One should not be aggressive in speaking against a superstition: if you do so the person will hold on to it more tightly! A tactful approach is likely to be more effective..