‘India may have walked out of RCEP too early’

The nature of the bureaucratic beast is a bit against the spirit of doing something long term. 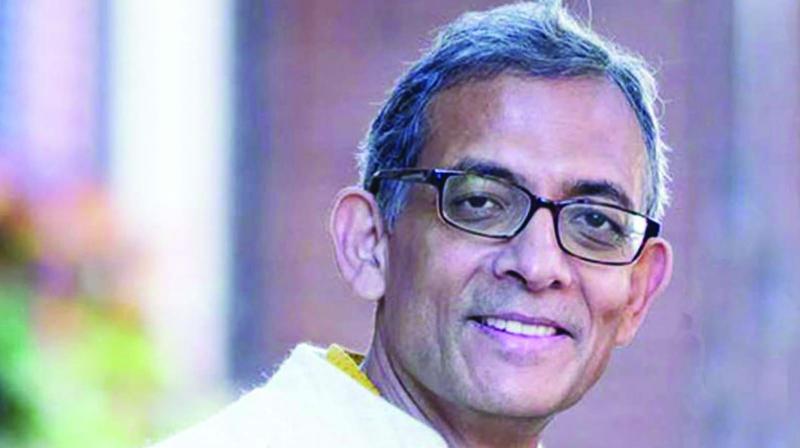 Do not buy into the propaganda of the Right. There should be free trade of service between countries, more dignity for home labour and yes, something that we have known all along, it is in the nature of bureaucracy to interfere with development economics. Also, India may have walked out of RCEP a bit too early, Nobel Economics laureate Abhijit Banerjee tells Sucheta Dasgupta in a freewheeling conversation on the phone about his new book, Good Economics for Hard Times (co-authored with wife and fellow laureate Esther Duflo), and several issues of interest:

What is your writing process? How much of this new book is written by Esther and how much by you?

I think pretty much every page is written by Esther and every page is written by me in the sense that she will often write lots and lots of material and after we discuss it for a while, then she writes, and sometimes I write — a couple of chapters probably I wrote but most of it she wrote. But then she hands it to me and it’s much more than what we are going to keep and then my job is to move the pieces and turn it into a text and then she will go through that text and see if it’s capturing everything correctly — and so it’s multiple rounds of that.

When you refer to workers in your book, why do you prefer to use the feminine gender rather than the singular they?

It’s called conventions. It seems to me that there is no particular reason to use they, rather than she. Even if somebody says he, they are not really saying that all workers are male — it is just one more convention. Maybe it is sometimes good to break convention. But I don’t think there is something deeper or interesting about it.

You, Esther and Michael (Kremer, the third recipient of the economics Nobel this year) have been the pioneers of the RCT model which focuses on asking the right question to every population group and it takes the bottom-up approach to development. But for your vision to take effect, you require policy support from governments. In this respect, what are the challenges you have faced in the course of your work with various Indian governments?

To be honest, I would say that what is striking in my experience is how welcoming a lot of governments have been. I don’t think we feel that the first order reaction even many years ago and now more and more so — because I think now people are more willing to listen to ideas like these in the last five years than they have been 15 years ago — has been hostility. We have had relatively friendly reactions. The problem is often not to do with governments not cooperating willingly as much as it is done unintentionally, just because the nature of the bureaucratic beast is a bit against the spirit of doing something long term. For example, somebody who is very good and very helpful who has spent a lot of effort in understanding what we are trying to do and has been talking to us suddenly gets transferred. And then that’s a really big problem. Because there is no substitute for individuals. Because after she has been transferred, there might be 10 weeks when there is no one who is in that department — there is no second person, no principal secretary assigned, maybe there is someone who is a caretaker in charge of it and they are very busy and not interested. I often think that the process of governance in general is a problem in India — which is too many people moving around too much — which is a constraint for us as well.

The Right has been somewhat disinterested in your advice to tax the rich and also in your goal of poverty alleviation for the masses while the Left is slow to accept you because you base your work in the market economy and use the tools of social analysis and psychology — which are an anathema to them. Do you think your recent recognition comes as a bridging element to this gap in an increasingly and maddeningly polarised world?

Recently, India pulled out of the RCEP. Any thoughts on this?

I think what we were asking for in the negotiation was not necessarily unreasonable. I think that there were real issues there which need to be tackled. But I think we walked out of the negotiation too early. At some level we need to also accept — the last time we opened, in 1991, we were scared that all our industries will die, nothing terrible happened — I think we need to accept that we also have competence — we can also compete. Maybe it will make us more able to deal with our internal challenges right now. We seem to have a demand shortage and some markets won’t be a bad thing. I would recommend a bit more confidence and aggressively seeking out what we want, taking careful steps to protect our interests but not doing it at the cost of throwing out the baby with the bathwater.

You are a votary for migration of labour between countries, which is an aspect of globalisation, going by what you have written in your book which I read. But it is also leading to echo chambers and erosion of original thought as everyone feels obliged to “act white” as you describe it in your book, also loss of community as well as mooching off of freedoms accessible in developed countries and progressive societies. Do you think it is time for societies, especially in developing countries, to reconcile these two aspects? And how do you foresee that they will do it?

I think we are overstating the problem here. We are buying into the myth of the Right that these are incredible challenges and that all these people are so different from us and that they are going to do mayhem. The people who migrate are extremely self-selected and they tend to be very willing to assimilate. The only place where that is not true is for people who are forced to migrate, who sometimes don’t assimilate because they were not planning to migrate — they have been kicked out by some Burmese army or some such happening. And then I understand that that is an issue. But most people who are voluntary migrants come with a desire to assimilate or partially assimilate. We shouldn’t buy into the propaganda of the Right.

What are the trade-offs between the universal basic income and the universal service income which proposes to grant dignity to home labour which is performed mostly by women?

I think dignity to home labour is something we have to do irrespective of what our views on the universal basic income are. One is not necessarily opposed to the other. The recognition of home labour is first order, important and obvious.

Esther is the youngest economist to have won the Nobel. Yet even in her own country, papers did not headline this news as Esther and spouse win Nobel. So what are your comments on that? Uh… this is a cheeky question.

Esther won the Nobel and some other people did, including her spouse. That was the headline. In Le Monde, I believe, or in some of the other major papers. They didn’t name her spouse. In India, at least they took the trouble of saying Abhijit Banerjee and spouse, Esther Duflo. In France, I was not even named, nor was Michael.

What is your next big project?

There is no next big project. Right now we are recovering from a big project which is writing this new book, Good Economics for Hard Times. I think we are mostly in a mode where lots of projects as a result get sidelined. And in addition this prize makes us very busy right now. So between the two we are kind of falling behind what we should have done, maybe, six or eight months, or one year ago. I think catch up is our big project.