Not being a gambler or not having, at the time, any money to gamble, my friends and I never bought the “opening” sheet. 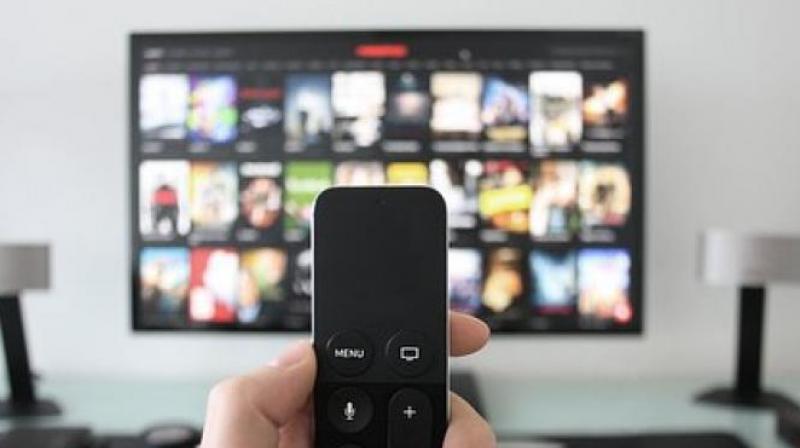 In TV there is an increasing tendency to try and reduce drama to formulae: In a series there ought to be x number of characters who appear in all episodes. Each episode should follow y number of main plots and z number of subsidiary ones… etc. (Representational image)

In Pune, in my college days, every evening the streets would come alive with the cries of boy-vendors running through shouting “Wopunnneeng”. They were selling for an anna (currency at the time) single sheets of printed paper with the opening figures of the New York cotton market. This was of interest to the good citizens of Pune who had placed bets on the first figure after the decimal point of the price of a bale, or whatever the measure was, of cotton in far-off New York.

It could be any of 10 digits and was statistically unpredictable, so ideal for gamblers. I was told that small and even vast sums of money changed hands as a result each night. The game was called “cotton-figures”. The game was killed off in the late ’50s when the Russians launched the first Sputnik. The rumour, probably completely untrue, spread that the satellite could relay the cotton figures through the ether before people bet on them.

There were those in our neighbourhood who professed to have made a fortune through statistical calculations which provided the correct answer each night. The continuing desperation of these boasters and their apparent enduring poverty meant that they were lying. No calculation of the fluctuation in the cotton market of New York was possible. There were, as the saying goes, lies, damned lies and statistics.

Not being a gambler or not having, at the time, any money to gamble, my friends and I never bought the “opening” sheet. We treated the criers as the audio-furniture of our evening streets.

The same criers however would once a year, at a few minutes past midnight, be heard through the streets — criers on foot shouting “rizz-ee-o-aalt”. The papers they were selling this time were four and even six-sided. They contained the exam numbers of the candidates who had achieved first, second and third class degrees in their BSc, BA and BCom college exams. We stayed up most of the night to get the results and celebrate or commiserate, confident that the whole city was doing the same.

The names of the people who had stood first in the university would form the headline. “So and So Tops BSc…” etc. Modesty prevents me from saying what this headline was in 1964.

In August in Britain, the results of the school exams are published. The newspapers publish the statistics of the percentage passes and inevitably feature photographs of young women holding their certificates and jumping for joy — their legs off the ground.

This year the news was that fewer school-leavers, the 18-year-olds of 2018, had applied for university places and as a consequence the universities would be short of undergraduates and grants. The pessimistic commentators touting these statistics concluded that an increasing number of young people didn’t think that the cost of going to university would be compensated by better prospects when they earned their degrees. The falling figure of university applicants gave rise to all manner of speculation about the mood of the country.

Yes, Ok, that’s obvious nonsense, but in the world of TV and writing in which I work and in the world of politics in which I am interested, there is a growing tendency to rely on statistics rather than editorial judgment, ethical principle or sheer instinct.

In TV there is an increasing tendency to try and reduce drama to formulae: In a series there ought to be x number of characters who appear in all episodes. Each episode should follow y number of main plots and z number of subsidiary ones… etc.

These statistics arise from some notional breakdown of perhaps two TV serials which have proved to be very popular. Their popularity is then attributed not to the excitement inherent in their material, but in their following these statistical formulae. The “editors” and “commissioners” of serials in almost all TV stations, in India, the US and perhaps everywhere else, begin to demand that any proposals for drama follow these formulae.

The insistence is very irritating for writers. The only compensation is of course that a strict adherence to statistical formulae to guide all fictional creativity will ultimately do these editors out of a job. The algorithms will provide more and more detailed analyses of the ingredients of a “successful” piece of writing — TV, films, novels and other forms. These can then be fed to robots who will instruct the writers who are producing “product”. No living editors needed — a lot of redundant statistic-interpreters on the job market.

And in politics? I’ve been following the career of an Australian called Sir Lynton Crosby. In the UK he is known as the “Wizard of Oz” and is hired by politicians to help them win elections, referendums and influence campaigns through statistic strategy. He has had a very chequered career. He was the statistical adviser to Malcolm Turnbull’s 2016 career. Mr Turnbull’s majority was slashed disastrously.

In 2004, the UK Tories hired him to conduct the election of their leader Iain Duncan Smith. The Tories lost resoundingly. And then in 2017 he was hired by Theresa May to boost her majority in the election. Her majority was slashed to below zero.