China may aspire to be the world’s numero uno, but it doesn’t care about diplomatic niceties 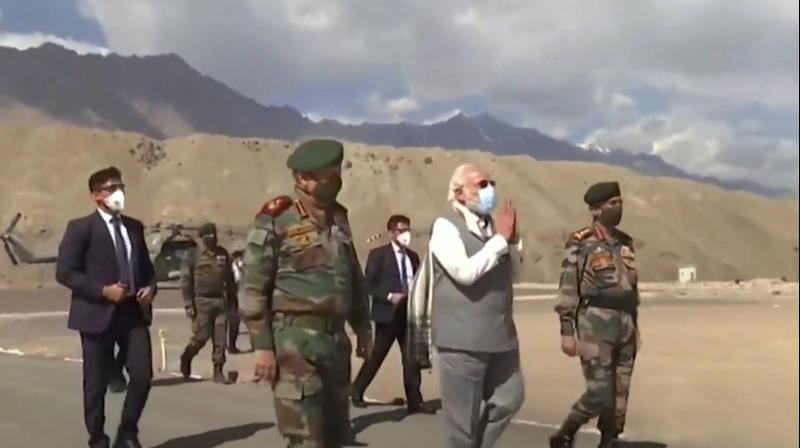 For India, it may be the worst of times, despite the dubious, so-called “retreat from Galwan”. PTI Photo

It is high time that India corrects its past mistakes, as its 1.3 billion people face uncomfortable truths and an uncertain future, like so many countries around the world.

It may be difficult, if not impossible, for us to disentangle ourselves from the dragon’s clutches, as it has penetrated Hindustan like an octopus, with a life-threatening hug.

India’s core and critical sectors – from banking, investments, consumer goods and pharmaceuticals, to computers, cellphones and cellular power – all have become China-infested.

It’s not just the flagrant breach of territory in the Galwan Valley and elsewhere in Ladakh that we are looking at.

The widespread public outrage against the Chinese after the PLA’s massacre of 20 Indian soldiers, including a decorated colonel, is understandable, of course, and it should goad the nation into taking decisive action.

Ordinary Indians have rightly seen this cold-blooded killing as yet another addition to the long list of foreign incursions into India, which has made its history so predictable – and humiliating.

And it’s not just about our past, after 1947 too the humiliation by foreign invaders has continued, with a helpless people let down by their leaders, time and again.

People are resigned to seeing foreign soldiers echo Julius Caesar’s words with ease: “I came. I saw. I conquered”.

From Mahmud of Ghazni to Nadir Shah to the Mughals, the British and now the Han Chinese in Galwan-Pangong, the story has remained the same for a thousand years: enter India at will, and kill all those standing in the way! The more India seems to forge ahead, the more static and stagnant it emerges.

India is the only one among the world’s top 10 economies and militaries whose soldiers are slaughtered by the rogue forces of the Communist Party of China, which pretends to be this country’s “strategic partner”, and whose promises we appear to accept without question.

China may aspire to be the world’s numero uno, but it doesn’t care about diplomatic niceties (and in fact despises those who do as “weak”), and whose expertise in deceit, cunning and theft is universally acknowledged.

And it is confident that with bagfuls of cash it can simply “buy” support wherever it needs to, including in Hindustan. Can we prove them wrong, even at this late stage?

“The apparent lack of hesitancy the Chinese have in killing Indian soldiers, compared to Taiwanese or Japanese (soldiers), is due to the fact that India’s security is not guaranteed by the United States. If that’s the problem, there is a solution: an agreement with Britain,” says a letter in London’s Financial Times last month.

“India should have some of its soldiers join the British Army as Commonwealth citizens, and asks Britain to send the soldiers to patrol its borders with China, and in return pays their salaries… If Chinese soldiers don’t feel free to kill troops whose government is covered by a US security umbrella, then Indians will be quite safe in British uniforms.”

How humiliating can things be? China doesn’t dare to touch Taiwan’s or Japan’s soldiers despite being sworn foes. But India? China finds it totally safe to kill Indian soldiers without an iota of Indian retribution!

Beijing seems to be utterly confident that even if some Indian soldiers die at the hands of the Han Chinese, India’s public memory is so short that people will forget it sooner or later, and life will go on as usual. And the Chinese will be free to start making money once again in the Indian market.

On June 26, America’s Wall Street Journal warned: “What are the costs of kowtowing to China? India faces this question afresh after clashes on the Himalayan boundary which took the lives of 20 Indian soldiers”.

Should India fail to push the Chinese back, “it would be an example of very successful public intimidation by China, that opens door to further blackmail down the line”.

The Chinese are only following a time-tested policy, one that have been successfully doing since 1949 on all their borders and with all neighbours. They will simply never give up the easy way of expanding territories through surreptitious, illegal means because that’s where the expertise of the PLA, the political sword and arm of the Communist Party, truly lies.

For India, it may be the worst of times, despite the dubious, so-called “retreat from Galwan”. First came the “Chinese virus”, and we are still struggling to cope with it.

Then came the Chinese penetration of India’s economy, and finally, the Han Chinese invasion of India, mauling our sovereignty and our soldiers? Can India hit back?

Yes, but not in haste; and perhaps not by force. Some of the gear our armed forces need are also made, if only indirectly, by the Chinese! The Washington Post reported June 28: “A striking example of the Chinese role came days after the Galwan clash.

The MD of SMPP, a firm that was awarded a major contract to make over 100,000 bulletproof jackets for the Indian Army in 2018, said the company relied on imported materials from China to make its products,” though adding: “If required, we will look to alternative routes.”

After this, how can Indians absurdly talk about a war with China? If Indian businessmen import materials for basics like bulletproof jackets, and ignore calls to “Make in India”, do Indian corporates want New Delhi to kowtow to a marauding Beijing?