If I can, you too can make a difference

India today is home to a new breed of women, who exude self-confidence irrespective of what strata of society they come from. 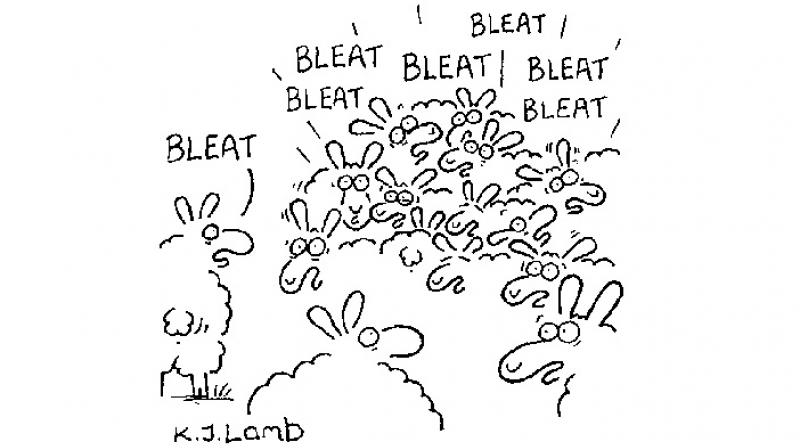 When I joined Ballarat University in Australia for a brewery programme in 1975, I was the only woman in a male-dominated class, but it did not intimidate me, but rather encouraged me to be “better than the rest”! Subsequently, I failed to find a brewmaster’s job in India since breweries were not ready to take the risk of employing a woman. Driven by a “strong sense of purpose” undeterred with initial failures, I took challenges head-on, and set up Biocon as India’s first biotech company, which went on to become India’s first publicly listed biotech company in 2004.

When I started Biocon, in 1978, at the age of 25, biotechnology as a science was not widely known in India and there were no first-generation women entrepreneurs. I had no business background and had limited financial resources. I had to confront an array of regulatory business challenges, besides dealing with lack of credibility associated with women. But I could succeed against all these odds because I understood that all challenges can be surmounted with courage and conviction, passion and perseverance, commitment and determination, and, most important, with a bold and fearless attitude.

Times have changed significantly today, women are seen in greater numbers in what were previously perceived as “male-dominated” professions. Like most Asian countries, India today is home to a new breed of women, who exude self-confidence irrespective of what strata of society they come from. They display a sense of self-belief that allows them to excel in any domain and compete with their male counterparts on an equal footing. Many of them are outperforming their male colleagues and assuming leadership roles in their respective fields. Today, eight out of the top 10 banks in India are headed by women, one out of every three startups in India are led by women.

There are 16,000 women working at Isro today and a team of eight bright women scientists from this group had enabled India’s recent Mangalyaan — Mars mission. Many more Isro’s “rocket women” were a part of the team that launched 104 satellites on a single day from Sriharikota, last month. Likewise, the recent ABLE report shows that out of 3,000 biotech start-ups in the last five years, more than one third were led by women entrepreneurs.

In building Biocon I have created a company where men and women have mutual respect and women can work shoulder to shoulder with their male colleagues. It is this sense of mutual respect that enables them to work together as a team for the greater common good. More than 50 per cent of our large scientific pool is represented by women.

If we look back at the achievement of “Women in Science” we have several outstanding women who have pursued science and set new milestones. Anna Mani, an Indian physicist and meteorologist, conducted research and published numerous papers on solar radiation, ozone and wind energy measurements. She won the K.R. Ramanathan Medal in 1987. Rajeshwari Chatterjee, the first woman scientist to pioneer the Field of Microwave Engineering and Antennae Engineering in India. Around 60 years ago, she was the only woman on the faculty in the Indian Institute of Science. Indira Hinduja is the first Indian woman who delivered a test tube baby on August 6, 1986. She has also pioneered the Gamete Intra Fallopian Transfer (GIFT) technique resulting in the birth of India’s first GIFT baby on January 4, 1988.

Among the younger breed we have Tessy Thomas, project director for the Agni-IV missile at the Defence Research and Development Organisation (DRDO), known as the “Missile Woman of India”. She is one of the leading ballistic missiles experts of the country. Ritu Karidhal, deputy operations director, Mars Orbiter Mission, has been part of several projects at Isro for almost two decades, including the prestigious Mars mission.

These names indicate that India has had a fair representation of “Women in Science” who have made exemplary contribution to create a strong history for the country.

The new breed of women entrepreneurs in the field of science who are fast gaining recognition for their game changing ideas include Anuradha Acharya of Mapmygenome, Meena Ganesh of Portea Medical, Neeti Kailas of Sohum Innovation Lab which has introduced hearing screening for infants; and Kanika Tekriwal of JetSetGo, a unique air-ambulance service.

I believe the time today is just right for women entrepreneurs to flourish in India. All that is required is for the woman is to be innovative, use her instinct, intellect, resourcefulness and commitment to take ideas to market to tap the enormous opportunities unfolding before her.

Women need to capitalise on their inherent qualities of compassion, sensitivity, multi-tasking and above all, the inner strength to excel. With the right mix of all they can break through the perception of a glass ceiling preventing their success.