Who wants war? Next few weeks will test rationality of US, Iran

Owen Bennett-Jones
The writer is a British journalist and author of Pakistan: Eye of the Storm

Syria is now a Russian protectorate and Iran looks set to advance its interests. 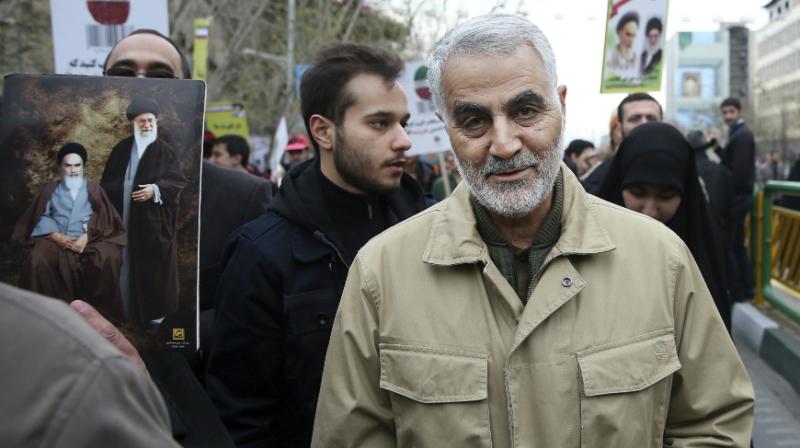 Western press reaction to the assassination of Qassem Soleimani has suggested the world now faces two irrational foreign policy actors —Ayatollah Khamenei and President Trump. For many US and European commentators Iran’s irrationality has been a given ever since 1979 when zealous revolutionaries installed anti-Western Islamism in place of the Shah.

And yet it is unclear that Iran’s foreign policy is irrational. Take the period since 9/11. Back in 2001 President Bush’s threats against the “axis of evil” — Iraq, Iran and North Korea — led to a widespread expectation that after toppling the regime in Baghdad, Washington would take down the clerics in Tehran. But that was frustrated by an unrelenting, well-judged campaign by Iran’s proxy forces. When the US became bogged down in Iraq, the threat to Tehran dissipated. Since then, the US and Iran have had clear policy objectives: the US has tried to constrain Iranian power in general and its nuclear weapons programme in particular. Iran has tried to extend Tehran’s regional influence without provoking full-scale war. So which country has achieved its objectives?

Working through Hezbollah and other Shia militias, the Iranians have steadily increased their presence in Iraq, Syria and Yemen creating what some have called a Shia crescent. They have also used sophisticated messaging to deter a war. Last September, for example, Iran’s drone strike on a Saudi oil refinery and its actions against shipping in the Gulf reminded the West how wider Middle East conflict could disrupt oil supplies.

Meanwhile, Western policymakers have faced a debilitating split between hard-line Americans and Israelis on the one hand and virtually all Europeans on the other. The hawks point out that old Israeli enemies — Iraq, Syria and Libya — now lie in ruins, weakened by civil strife. The one-time regional superpower, Egypt, continues to be so dysfunctional as to be irrelevant. Other traditional opponents such as Saudi Arabia and the UAE are, in line with US policy, reaching out to Israel with low-level state-to-state contact. Only Iran is left, defiant and united and, the hardliners say, it should be dealt with.

Against that, doves in the West and many others have urged restraint, pointing out that the experience of Afghanistan and Iraq suggests a Western military intervention might well go wrong and arguing that if Iran can be persuaded not to go nuclear it will be as a result of cooperation not confrontation.

When he was elected, many thought that President Trump, both a nationalist and strong friend of Israel, would go to war with Iran. But for all his apparent bellicosity, Trump has not only held dialogue with North Korea and the Afghan Taliban but also vowed to keep the US out of “endless wars” in the Middle East. Last June, he approved air strikes but then with just 10 minutes to go, changed his mind. The decision made no sense. If he was not going to use air strikes, why approve them? It was reminiscent of president Obama’s drawing a red line over chemical weapons in Syria only to look the other way when Damascus ignored him.

In both cases, America’s weakness was punished. Syria is now a Russian protectorate and Iran looks set to advance its interests. The Iraqi parliament has voted to expel the 5,000 US troops in the country and Iran has vowed to press on with its nuclear programme. No doubt Iranian strategists are calculating that having a bomb will ensure that, like North Korea, they are secure from external aggression and their generals will no longer be assassinated.

The prospect of a US withdrawal from Iraq has been achieved by a classic act of asymmetric warfare. Last week’s siege of the massive US embassy in Baghdad evoked the humiliating US hostage crisis in Tehran 40 years ago. Iran “will pay a very big price”, Trump tweeted. “The US can’t do a thing,” the Supreme Leader replied. Well, it turned out an American drone could do something — but if it leads to US withdrawal from Iraq, which country has paid the price?

At times such as this there is much talk of how a single miscalculation can lead to war. In fact, more often than not, states manage to prevent violent conflict. “We took action last night to stop a war,” Trump said after the assassination, insisting he wanted to avoid escalation. In line with its long-standing, overall objectives, Iran does not want war either.

The next few weeks will further test the two sides’ rationality. In avenging Solei­mani’s death, calm heads in Tehran will suggest targets that irk the United States but which don’t provoke an all-out conflict. Possibilities include cyberattacks, kidnappings and attacks on US allies. And that will leave the US weighing its choices.