Why Philip should be a role model

Princess Diana recorded some tapes with a therapist and they are now public. 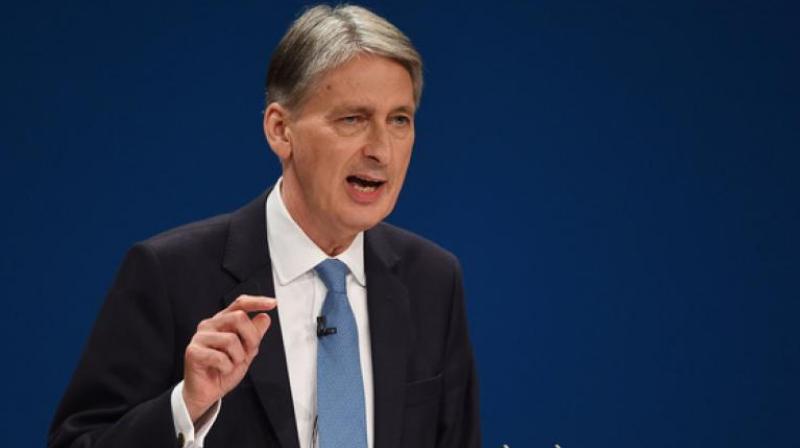 It is the summer holidays, after all — and so the tourists are here and the Londoners are abroad. Theresa May is on her walking holiday in the mountains, Jeremy Corbyn was spotted in Croatia. Meanwhile, the ministers left behind to hold the fort are quarrelling about Brexit. The Conservative Party is divided among the soft Brexit advocates such as the Chancellor Philip Hammond while Boris Johnson is for hard Brexit. This will run longer than Les Miserables…

Given the vacuum in political news, the tabloids have gone back to their hardy favourites. Princess Diana recorded some tapes with a therapist and they are now public. Among other things we already know is the nugget that she fell in love with one of the guards and wanted to elope. But the royal family have many spying eyes and long arms. The loved one was sacked and subsequently died, perhaps killed, or at least that is what Diana had apparently implied.

Many of Diana’s problems were caused by the “other woman” Camilla, who ultimately did marry Charles (so perhaps Diana was not completely deluded about Camilla’s intentions). However, now these much-awaited tapes are finally going on air from this weekend — so expect a lot of angst and worry about how the two sons of Diana are going to react. That has been one of the reasons why the tapes found in the home of a former butler who served in the royal household were never aired before. It is rather painful no doubt for the children to watch their mother speak about difficulties with her marriage to their father, but then it is a free press out here and everyone does all they can to rehash a royal scandal!

However, it is rather revealing at how traumatised and lonely she must have been if she confided her secrets to her voice coach, her bodyguard and her dance instructor. Anyone who listened to her in fact!

Keeping with the royal theme, Prince Philip, Duke of Edinburgh, finally retired from his ceremonial duties and charity work. He is 94 and has been out and about on more than 20,000 occasions on his own or accompanying the Queen. He has been exemplary as a husband who is one step behind and one notch below his wife. As more women rise to the top, husbands could learn a lot about how to be supportive from his example. His retirement had just one snag. The Daily Telegraph announced his demise! Red faces all around.

Talking of farewells, the great Jamaican athlete Usain Bolt made his final appearance over the weekend. He has been at the top of his game and broken records. He wants to go out at the top. He is running for his 12th World Championship for the 100 and 200 metres which he has dominated over the years. Starting at Beijing Olympics, he has lost only seven out of the 142 races he has run over the last 10 years. It is rumoured he gets between £100,000 to £250,000 to race in some events. His name has sold tickets. When he goes who will take his place?

Mental health is always an issue all over the world, and in the UK, more particularly as with a free health service there are never enough facilities to cope with a rising demand. Now this has been thrown into fresh light as a mentally ill teenager, who has been in detention, faces the prospect of release. But she has already committed 102 significant acts of self-harm  — and has had to be restrained 117 times. She needs further treatment, but there is an acute shortage of hospital beds. As this debate rages in the UK, one wonders about all the children in India who might have mental health issues. How many such care centres do we have? Do we have proper policy in place about who should be admitted?

Meanwhile, the stories around the Partition of India have become quite the rage of the day with almost every British newspaper carrying details of these experiences, including some in the Guardian with which we had shared oral histories from the Partition Museum oral archives.

As the 70th anniversary of the Indian Independence and Partition approaches, newspaper and television reports are increasing. Every day the Partition Museum gets at least three queries from the international media regarding the museum and the special commemoration ceremony planned at the museum in Amritsar on Partition August 17.

We had called the campaign “Chalo Amritsar!” for Partition Remembrance Day. This is the first ever commemoration service for all those millions who lost their homes overnight… and often their loved ones and yet did not lose their courage or their resilience.

Apart from the remembrance service, Punjab chief minister Capt. Amarinder Singh is going to open the newly-completed Partition Museum, Gulzar sahib’s book of Partition poems, newly translated by Rakhshanda Jalil, is going to be released and we will have Sufi music and panel discussions. Channels such as the BBC are already headed for Amritsar… so our campaign for “Chalo Amritsar” is working! See you there.