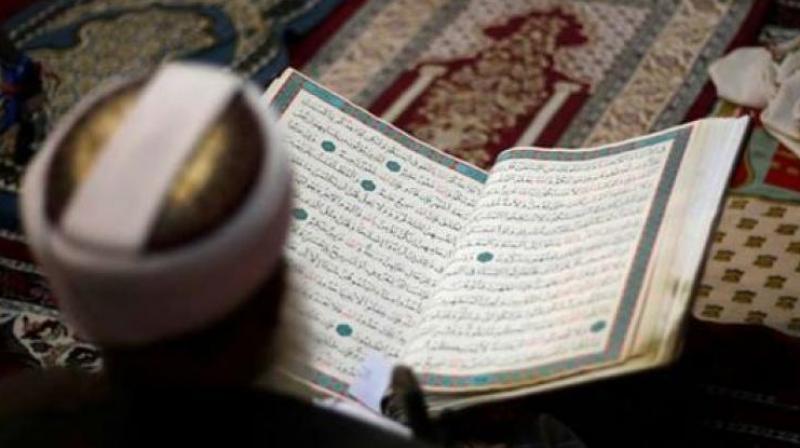 The verses in the Qur’an forbid the religious fanaticism which often appears in the disguise of “devoutness”. But it creates adverse impact on the humanity at large.

Sometimes, people pledge loyalty (bai’ah) to a particular religious group or Islamist party to the exclusion of all other people — both Muslims and non-Muslims. Thus, they assume that this is the devoutness (tasallub) that the Islamic Shari’ah has required from them to be the “pure” and “devout” Muslims or Mo’mins (believers). But in reality, this attitude goes completely against the basic Qur’anic principles of mutual recognition (ta’aruf), toleration (tahammul) and moderation (tawassut) that Islam has emphasised with paramount importance. In fact, its linguistic equivalent in Arabic “tasamuh” (liberality) and its verbal derivatives “samaha” (leniency) are greatly valued in the Hadith traditions. The holy Qur’an says:

“The truth is that (all) believers are brothers to one another. So make peace between your two brothers and always fear Allah, so that you may be shown mercy.”  (Al-Hujurat: 10).

As a matter of fact, Islam sets good faith and noble character as the only criterion for an exalted position in the sight of God, as clearly stated in the Qur’an: “O people! We created you from a single male and a female, and (divided) you into peoples and tribes, so that you might recognise one another. Surely, the most honourable amongst you in the sight of Allah is he who fears Allah the most. Certainly, Allah is all-knowing, all-aware.” (Al-Hujurat:13).

Qur’an maintains that the doctrinal differences of the different religious communities are not incidental or lamentable but rather they represent the “desire and design of the Divine” as a vital factor of peaceful human existence.

Rejecting the right of people to have different beliefs is akin to the rejection of God himself. Therefore, tasamuh (inclusivity), tahammul (tolerance) and ta’aruf (mutual recognition) are broader Islamic notions and greater human values shared by Muslims and non-Muslims alike. There should be no dichotomy between “Muslims” and “Kafirs”, between “believers” and “disbelievers”, between “polytheists” and “monotheists”.

The verses in the Qur’an forbid the religious fanaticism which often appears in the disguise of “devoutness”. But it creates adverse impact on the humanity at large. It often causes one to act against the essential Islamic virtues and human values.

Denigrating other people’s faith traditions, such persons often misquote the Islamic scriptures to support their extremist views. Such religious fanaticism leads to ideological extremism and for radicalism, which results into a stereotyped image of the religion that the radical individual falsely claims to follow.