The word “mutual” could easily have been inserted somewhere, but it wasn’t. It was a unilateral; condescending; domineering and dominating step. 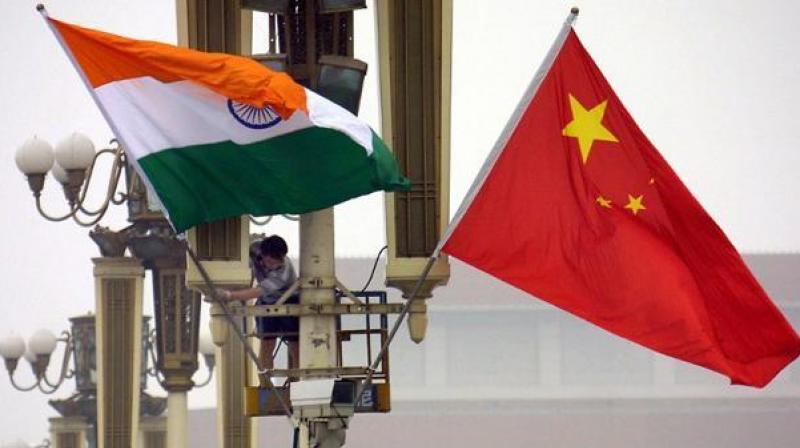 A demeaning and insensitive public admonition-cum-advisory, nevertheless, comes at the end: — voicing the “hope... that the Indian side will work with China to promote sound development of China-India relations” India has to “work with China”, not the other way around?

Good news, even in difficult times, is always welcome, specially when it is in the form of a quiet, unpublicised diplomatic dialogue between Indian and Chinese diplomats in Beijing. Although it will be impossible for the Indian people to know fully what the agenda of this dialogue was — kept tightly under wraps until the senior Indian diplomat was back home — or the actual outcome of it as diplomacy invariably is “an eternally ongoing process” between sovereign nations, one would like to believe there must have been some urgency, at least, on India’s part to resort to such a secret mission to China.

What then is the road ahead? Among other things, the purpose of a direct dialogue would have been to set the agenda for the forthcoming Shanghai Cooperation Organisation (SCO) Summit, to be held at Qingdao in June 2018, where India’s Prime Minister will be one of the prominent new members participating, along with his Pakistani counterpart. Given the rise in India-Pakistan border violence, a robust push by China in the Maldives, the forthcoming Sino-Bhutan border talks in March 2018 (where Doklam is certain to figure) and the overall turbulent scenario emerging from India’s South Asian neighbourhood, one does realise the gravity of keeping the Sino-Indian bilateral enounter under wraps.

But now the matter is in the public domain, shouldn’t it be analysed? Particularly on the basis of the declarations by the participants? Interestingly, it was the Indian embassy in Beijing that broke the news on Twitter once the meeting was over, followed closely by the Chinese foreign ministry.

To begin with, it was during Indian foreign secretary Vijay Gokhale’s stay in Beijing that China smartly lifted its objections to the grey-listing of Pakistan with the Financial Action Task Force (FATF), thereby giving New Delhi little elbow room to raise the “sore and core” cross-border Pakistan-origin terror issue with its all-weather friend, China, in its own terrain. In one stroke, therefore, in contrast to other third-party issues like Masood Azhar and the Maldives, the most contentious issue was doused before the diplomatic deliberation.

However, what transpired at the end of the bilateral meet is a matter of concern, with far-reaching consequences. “We hope the Indian side will handle sensitive issues prudently and work with China to promote the sound development of China-India relations,” said Chinese foreign minister Wang Yi. What does it mean? That India is not “prudent” in handling “sensitive issues”? A public statement implying a public rebuke by the host to the guest? It’s a powerful message that the Indian envoy might convey to his bosses in New Delhi — of “prudent” Beijing unhappy with an “imprudent” New Delhi.

The Chinese foreign minister, however, does not define what “sensitive issues” mean — whether they are unilateral, bilateral, trilateral, quadrilateral or multilateral in nature. A demeaning and insensitive public admonition-cum-advisory, nevertheless, comes at the end: — voicing the “hope... that the Indian side will work with China to promote sound development of China-India relations” India has to “work with China”, not the other way around?

The word “mutual” could easily have been inserted somewhere, but it wasn’t. It was a unilateral; condescending; domineering and dominating step.

China has been continuously trying to show India in poor light in front of its South Asian neighbours. It’s like they are saying: “Look, we Chinese are here to stay in South Asia, you can’t wish us away. We can take care of the whole of South Asia and beyond — from landlocked nations to island states; from Bhutan to Balochistan and from the steppes of Central Asia to the shores of South or Southeast Asia.” Hence “India has to work with China”, or else! It seems to say: “From Vladivostok to Vienna and beyond, we can move... We are buying and taking over company after company, along with the technology of the West, and they can do precious little or nothing as the West is politically divided and is looking for money from us in the East. The same East which not too long ago was the happy hunting ground of the rampaging West. Since the times have changed, we are here for a marathon race and for a win, not just to participate in a sub-10 second 100 metre dash.”

Indeed, today’s Chinese language reminds one of the diplomatic notes of the 1950s and 1960s. The same condescending, adamant and obstinate stand. The only exception is that the word “divergence” has been supplemented by a charm offensive semantic called “convergence”. The Sino-Indian “territory” dispute is full of “divergence”, while the Chinese position is inflexible and uncompromising. All Chinese claims on territory are “right, bona fide, proven, non-negotiable”, “divergence” notwithstanding. “Convergence”, on other hand, is a “treaty on trade, transit, transport, telecommunication, market”. China is open to discussion and negotiation, it seems to say, and India should take “advantage” of “convergence”, and not get worked up on “divergence”.

Although one would like to believe Chinese intentions are noble and its actions more than mutually beneficial to both Beijing and New Delhi, yet things are not as rosy as one would hope or expect them to be. The long-standing, pending “divergence” is bound to cast its shadow over the short-term “convergence” pertaining to trade, transit, commerce and profit. If both China and India believe that by globalised intertwining, their commercial and economic interests will manage to avoid a confrontation, that notion may well be misplaced.

Over a hundred years ago, the globalised economic inter-dependence pertaining to commodities, capital, goods and labour had anything but a happy ending in 1918.

The principal beneficiaries of the then interlinked globalised economics and commerce embarked on the most destructive war the world had ever seen till then. One has to learn lessons from past follies and failures.

Under no stretch of imagination will China’s newfound foray into globalisation and picking partners at its own sweet will bear fruit in the long run. Nevertheless, today, even if a section of Indians want Sino-Indian economic and commercial bonding to fructify and override the “divergence” factor, realistically, however, that may not be possible due to the “sore and core” strategic sovereign issue. Short-term “convergence” can’t be the panacea of the “divergence” in Sino-Indian bilateral exchanges The sooner that India realises it, the better it will be for this country.