Does a writer’s opinion matter?

The statement is an antidote to the opinions that stars who take themselves seriously periodically offer. 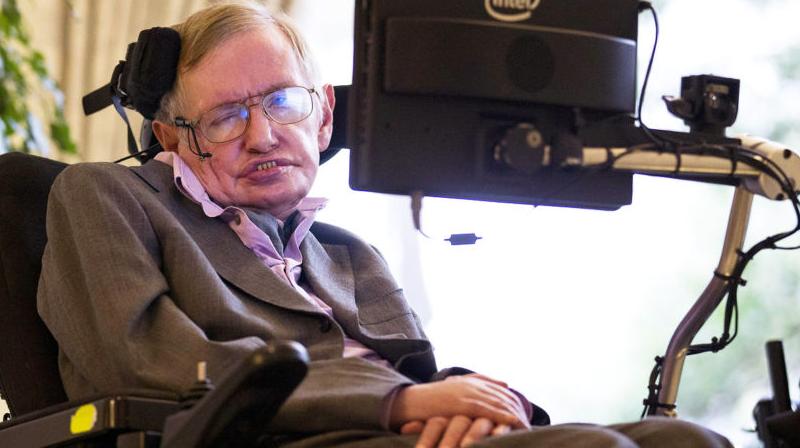 “Something’s fishy
I smell a few rats
Which put the pigeons
Among the cats.
Something underhand’s afoot
The foot’s now in the other boot…
From Paapey Thoo Pope Hein by Bachchoo

One of the most refreshing comments I heard in this fresh New Year was from Eddie Redmayne, the star of the filmed biography of the scientist Stephen Hawkins. In response to a journalist’s question, he said, “who cares what I think, I’m only an actor!”

The statement is an antidote to the opinions that stars who take themselves seriously periodically offer. Successful actors are people paid to spend their lives pretending to be someone else. I do confess to have very many actor friends but am rarely guided by their political stances. Their guidance on relationships is also suspect.

I further confess that I once took their opinions seriously or at least that I was thankful that Jane Fonda pitched in and denounced the American adventure in Vietnam in the ’60s and ’70s. I thought at the time that her advocacy would lead young America of those decades to oppose the unjust American war. Fonda was following the tradition of the Hollywood stalwarts who had been hauled up before the anti-communist committee of Senator Joe McCarthy. From this distance in time I have no way of assessing if Fonda or indeed the Left-leaning thespians of the McCarthy era had any influence on anybody. They were vilified, punished, ostracised within their profession and some were severely punished for their opinions, but there is no evidence that apart from winning the approval of like-minded lefties that they had any influence on the masses. Alas! I have come to Alfred Hitchcock’s conclusion about the role and conduct of actors: they should learn their lines, come on time and not trip over the furniture.

Unlike American or British actors who conceitedly voice their political opinions, I sense a certain restraint amongst Indian stars, though some do want to join or lead campaigns for this or that cause and, laudably, bring a public voice to bear on serious issues such as the rights and protection of women. I can’t recall from younger days any political opinions expressed by Raj Kapoor or Dilip Kumar though I am sure the latter would have been for minority rights. As the for big stars of our contemporary screens, it is entirely praiseworthy that Aamir Khan hosts a TV show which is on the side of justice and liberal theories of politics, economics and social questions. And yes, I do think this genre of TV has an immeasurable but reverberating effect on the nation’s conversation if not directly on it conscience.

Which brings me to wondering whether the same goes for writers — not coming on time or learning lines — but the question as to whether their opinions matter to anyone. I have never heard a writer say, “what do I know, I’m only a writer.” They would rather treat themselves as the uncrowned legislators of the world. I allude here to the written word as produced by edited writers. I am unshakeably certain that the works of literature in all languages profoundly affect the direction of civilised thought, if not of conduct. I am thinking here of the writers of epics, of the Ramayana and the Iliad, of the Bible and of Shakespeare and Tolstoy, and not of the bloggy pundits and our contemporary charlatans of life-guidance, however large their “following” or readership.

John Berger, who died last week at the age of 90, was one real writer — of art criticism, novels and visionary social essays. His critical work Ways of Seeing gave my whole generation a perspective on visual arts that was uniquely accessible and incisive. Everything he wrote about a painting was immediately accessible, not ever clichéd observation and startlingly fresh. He won the Booker Prize for literature for his novel G in 1972 and without pronouncing any political opinions himself, proceeded to put those he held to practical use.

Here’s how his obituary in the Guardian put it:
“Disdainful of (Booker Prize) sponsor Booker McConnell’s historical association with indentured labour in the Caribbean, he said he would donate half the cash to the British Black Panthers, who were ‘the black movement with the socialist and revolutionary perspective that I find myself most in agreement with in this country’. He kept the other half to support his work on a study of migrant workers which became a book with photographer Jean Mohr called A Seventh Man.”

I was at the time a member of the central core of this immigrant movement, largely Caribbean but with a smattering of Asians and Africans.

As such I was part of formulating the social and political perspectives that John Berger said he approved of. And also as one of the members of the central core with literary pretensions and the possessor of a bank account that wasn’t overdrawn, I was delegated to collect the money he had promised if he won the prize.

On the evening of the prize’s announcement, I went with another member Darcus Howe to an appointed pub — the Albany in Great Portland Street where we had appointed to meet Mr Berger whether he won or not. We waited in suspense.

The prize was announced on the TV we were watching and half an hour later John strolled into the pub followed by a flock of reporters and photographers who wanted to witness him signing and giving away the cheque to what their newspapers would consider a radical Marxist of not subversive movement.

I offered Mr Berger a drink and we sat at the pub table while he signed the cheque into my personal account — trusting my bona fides as the stakeholder for the BPM. We thanked him and he invited us to the victory celebration party. The next day we put the money down as a deposit on a building we would use as our North London headquarters.