As early as 1975, Anjum Qadar, whose descent from the Oudh “royals” is established, had rubbished Wilayat Mahal’s claims. 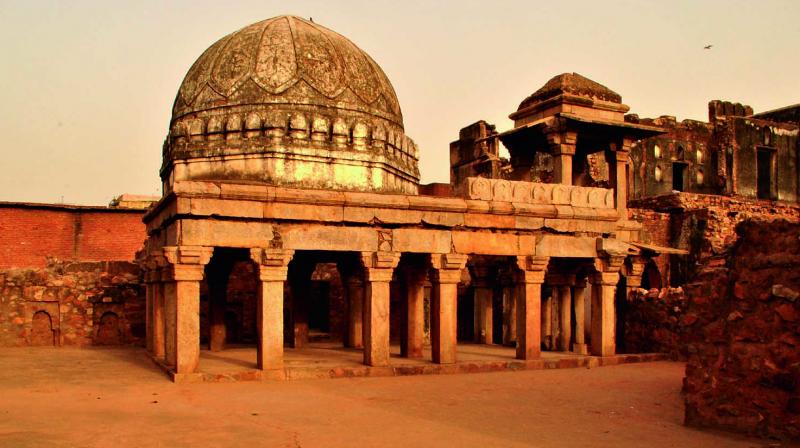 The story of the “Begum”, “Princess” and the jungle “Prince” is a classic case of “news” which, when neither confirmed nor denied, takes root in the popular imagination. Public opinion then drives the government into action to minimise criticism. That is why Indira Gandhi in the early 1980s agreed to transfer the “royals” to a medieval hunting lodge on the ridge. It is known as Malcha Mahal. This transfer may also have been to remove a nuisance from public gaze. (Representational image)

It took Pulitzer Prize winner Ellen Barry of the New York Times to put at rest last week the 40-year-old mystery of “Begum Wilayat Mahal” of Oudh, her children, “Princess” Sakina and “Prince” Ali Reza, alias, Cyrus. The haunting visitation began in the early 1970s at the New Delhi railway station and ended in the thickly forested Malcha Mahal four decades later. It was a story of bleak, dark pathos, not quite the stuff of high tragedy.

As early as 1975, Anjum Qadar, whose descent from the Oudh “royals” is established, had rubbished Wilayat Mahal’s claims. The self-proclaimed “royals” would not speak to Indian journalists — “only to foreigners”. All of this blocked light on the cardinal question: Who were these fakes? Indeed, why was this fake being played out? It took Ellen Barry’s dogged determination to help tie up loose ends of the story.

The story of the “Begum”, “Princess” and the jungle “Prince” is a classic case of “news” which, when neither confirmed nor denied, takes root in the popular imagination. Public opinion then drives the government into action to minimise criticism. That is why Indira Gandhi in the early 1980s agreed to transfer the “royals” to a medieval hunting lodge on the ridge. It is known as Malcha Mahal. This transfer may also have been to remove a nuisance from public gaze.

In the early 1970s, a woman with sharp aristocratic features took up residence on platform number one of New Delhi railway station and proclaimed herself the last Begum of Oudh. For greater credibility, she had in her entourage two children, a handsome dog and a liveried servant. The mainstream media took perfunctory interest but the Urdu press amplified the fall of the House of Oudh and readers, in enclaves like Jama Masjid, saw it as part of a continuing story of victimhood. Here was tear-jerking melodrama: “our royals betrayed”.

It says something of our journalism that a story laden with so much possibility waited uninvestigated all these years until Ellen Barry appeared. She found time from her less exotic chores as the NYT bureau chief in New Delhi. She visited the New Delhi railway station, Lucknow, Bradford, Texas, Lahore: and what a story she has delivered, a story under our noses but which we only flirted with because of the “Indian journalists not allowed” fatwa by Begum Wilayat Mahal. There is historical consistency in all of this because even our archaeology was excavated by Europeans. Why, even The Last Mughal is something of a masterpiece by William Dalrymple. While Dalrymple diligently scoured the archives in the fashion of scholarly investigation, the Oudh story was there for all newspapers and channels to see.

Toba Tek Singh in Manto’s story cannot understand how a place, which was in India, can “go” to Pakistan. Like Toba Tek Singh, Begum Wilayat of Oudh also spent time in a Lahore asylum for her grand delusion. She had to live with women who were “tied in chains”, Ellen’s investigations reveal for the first time.

Trust Saiyyid Ammar Rizvi, Lucknow’s omnipresent Shia (and gourmet in the classical Awadh mould) to have become something of an intermediary between the royals and the UP chief minister. He must surely know about the other royal in that splendid city — Prince Moinuddin, who also addresses himself as Bahadur Shah III. The last Mughal emperor was his great, great grandfather: that is his story. His great grandfather escaped to Kerala. But why did Bahadur Shah III materialise in Lucknow?

The Bahadur Shah story has remained unnoticed because the claimant to the title never made a nuisance of himself. Begum Wilayat Mahal did. When the New Delhi station master requested her to vacate the platform, she threw a fit. She would commit suicide by drinking some exotic poison. In fact when she did die in 1993, her progeny, tutored by her for decades, put out the story that, for a decorative expiry, she had swallowed “crushed diamonds”. Her daughter Sakina’s death was presumably caused by neglect because there were stories of her unwashed hair dropping in matted locks. It was with the “Prince”, variously named as Prince Ali Reza, or Cyrus, who spent his last years in Malcha Mahal, that Ellen struck an equation of tenderness mingled with curiosity. Google her NYT piece titled “The Jungle Prince of Delhi”.

The yarn begins in Lucknow where Wilayat was happily married to the registrar of Lucknow University, Inayatullah Butt. The name itself is a giveaway: it is a Sunni name whereas anybody claiming lineage from the Nawabs of Oudh would have to be Shia. A similar story of dubious veracity explains why the Butts left for Pakistan. During the high tension of Partition in 1947, Hindus armed with hockey sticks beat Butt up. I can bet my last rupee that the story is false. Yes, there was small-scale stone throwing between Shias and Sunnis on appointed days annually. But Hindu-Muslim violence? Never — until caste politics reared its head in the late 1980s.

The last king of Oudh (Awadh), Wajid Ali Shah’s exile to Metiabruz near Kolkata, or the more recent Partition of India, are disorienting events for those in the thick of it, by historical memory or raw experience. In minds like Wilayat Butt’s, the historical memory and immediate experience are all jumbled up in knots.

Ellen believes that disruptions caused by change (Partition for instance) had a great deal to do with the Butt tragedy. A grievance “unaddressed, had metastasised” to become an epic tragedy.

Wilayat was a “mental” as one of her relatives in Lahore said. Ellen has explored the story backwards after she got to know the recluse “Prince Cyrus” in his Malcha Marg hideout. In the end he turned out to be no more than poor Micky Butt. She writes of their sad delusion: “It is impossible to know, now that he and his sister are dead, whether they even knew it wasn’t all true.”