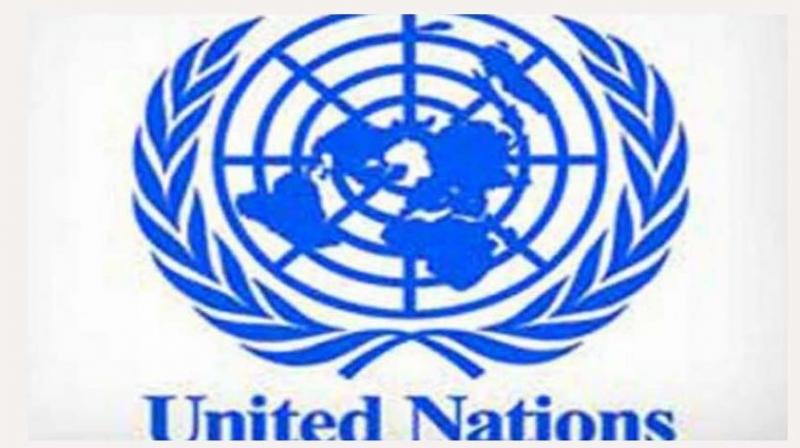 The UN has grown much since then, reflecting the changes in the world mostly due to decolonisation, fragmentation of the USSR, and the division of some founder member states like Yugoslavia.

America’s war on Iraq signalled the end of the United Nations as the main international peacekeeping mechanism. It’s not that nations have not defied the United Nations before. Israel has been doing it for decades. Even India has, from time to time, cocked a snook at the UN. But this was the first time that a permanent member of the UN Security Council had so blatantly and wantonly disregarded the prevailing world sentiment and opinion.

Even though the UN was fashioned by the victors of World War II, its birth had its origins in the darkest days of that period when leaders of nine occupied countries in Europe — Belgium, Czechoslovakia, France, Greece, Luxembourg, Holland, Norway, Poland, and Yugoslavia — met representatives of Britain and the Commonwealth nations in London on June 12, 1941, and signed a declaration pledging to work for a free world, where all nations could live in peace and security. This was called the Inter-Allied Declaration and was the first step towards the establishment of the UN. Two months later, US President Franklin D. Roosevelt and British Prime Minister Winston Churchill announced the Atlantic Charter, not only expressing similar hopes, but also eventual disarmament and full economic cooperation. On January 1, 1942 they signed what came to be known as the Declaration of the United Nations, approving the aims of the Atlantic Charter.

More interestingly, this was the first time the phrase “United Nations” was used. But the creation of the United Nations Organisation for preserving world peace had to wait till October 30, 1943, when Britain, China, the Soviet Union and the United States signed the Moscow Declaration on General Security. The signatories to the Moscow Declaration then met continuously from August to October 1944 in Washington D.C. and fashioned a basic plan for an international peace-keeping organisation. The centrepiece of this plan was a Security Council, in which the US, the Soviet Union, Britain, China and France would be permanent members. Fifty nations then met in San Francisco on April 25, 1945, 12 days before Germany surrendered and four months before Japan was defeated, to consider this plan. After much deliberation the differences, mostly over the veto power demanded by the Big Three — US, USSR and UK — were papered over and on June 26, 1945 all the 50 nations present signed the charter and the UN formally came into being.

The UN has grown much since then, reflecting the changes in the world mostly due to decolonisation, fragmentation of the USSR, and the division of some founder member states like Yugoslavia. The UN now has 191 members, and Switzerland was the last to join on September 10, 2002. The world has also changed in other significant ways. But most significant of all was the demise of the USSR and the end of the Cold War. The Cold War and the balance of power between the two super-powers ironically enough served as a guarantor of the peace and security of nations that came under accepted spheres of influence. With the world poised a button push away from Armageddon, the UN, and especially the Security Council, became a ready forum to facilitate constant dialogue between the superpowers, and it admirably served this purpose.

True, it did not prevent regional wars from erupting constantly, but it did prevent a general war of ruinous dimensions. Both superpowers usually heeded the UN because the other was there. The veto powers ensured that one bloc could not override the interests of the other one. The veto thus came to be used 252 times since 1946. It was used the maximum in the first decade of the UN, between 1946 and 1955, when it was exercised 83 times, with the USSR alone using it 80 times. This dropped off to 31 and 26 respectively between 1956-65. The West, led by the US, came to use the veto more often since 1966, using it 115 times as opposed to 15 by the USSR. Since 1996, Russia has not exercised the veto even once, while the US has used it six times and China twice. This presumably reflects the shape of the world order to come!

As an immediate response to a destructive world war, the UN reflected the reality and ethos of that age. Nothing reflected this more than the composition of the permanent members of the Security Council. Four out of the five were “white” nations. Two, China and France, were defeated nations. Two, Britain and France, were colonial powers. The other 10 members of the Security Council are elected members from the various regions. These are members are without the veto and with little voice or clout. Their plight is best illustrated by the admission of the Colombian representative, Ambassador Jaramillo, that even as president of the Security Council he was “forced to stand outside the chamber where the Permanent Five were meeting, and beg for pieces of information as a personal favour from the permanent representatives as they were leaving”.

Most members of the UN, including long-time American hangers-on like Australia and New Zealand, would like to see the veto go. On the other hand, by doing so and by equating tiny countries like Seychelles (pop. 79,000) with India (pop. 1.03 billion), it will end up making the unequal equal, which is as undesirable as making the equal unequal. While the single veto does not reflect a desirable democratisation, to have a Security Council of elected equals will only render it more ineffective and irrelevant. The richer countries, for one, will find themselves even more represented than now. A few years ago, Japan defeated India’s bid to become an elected member of the Security Council by offering Toyota limousines to foreign ministers and ambassadors of voting countries. Many accepted. Even within the Security Council, the ability of some countries to have their way will make it vulnerable to unwise choices. More recently, the US ambassador to the UN snarled over an open mike to the Yemeni ambassador that his vote just cost that country $100 million. The following week the US suspended its aid package to Yemen.

Thus, while a Security Council of a smaller number of countries is desirable to make the UN effective, it must also reflect world realities and be more representative of its diversity. For instance, Africa and Latin America are not represented in the Permanent Five. Likewise, the Islamic world does not find a place. India, which has a fifth of the world’s population, does not find a place. The biggest economy in Europe, Germany, does not find a place. On the other hand, with two members, Britain and France, Western Europe is over-represented. With Russia added, Europe has three members. Clearly this is not a satisfactory arrangement.

Indian diplomacy in the past few years has centred more on securing the permanent membership of the UN Security Council. Partly in response to this and similar pressures from Japan, Brazil and Germany, we often hear of a proposal to make some larger nations permanent members, but without veto powers. It seems that our leaders are so desperate for some international recognition that they are quite willing to accept even a second-class permanent membership. This would be unfortunate, as rather than making the UN more democratic; it will make it even more stratified. What we need to seek is the reform of the UN, by eliminating the single veto, while at the same time ensuring that the Security Council does not become victim to the tyranny of a simple majority.

The first step will be to make the Security Council more representative by accommodating nations, reflecting the economic, geographical and cultural diversity of the United Nations, as well as relative power and size. Thus, major political and economic groupings such as the European Union, the North American Free Trade Association (NAFTA), the Association of Southeast Asian Nations (Asean), South Asian Association for Regional Cooperation (Saarc), the Organisation of American States (OAS), the Organisation of African Unity (OAU) or Asia Pacific Union (APU) could each chose a member in the Security Council. Instead of a single veto being able to derail its intentions, a certain minimum threshold, say of three or four members, should only thwart the Security Council’s majority. This will prevent the Permanent Five from insisting that world affairs are shaped only according to their wishes.