IL&FS: Was everyone asleep at the wheel?

The group’s interest in jointly controlled operations varied from company to company, for instance in the Elsamex entities. 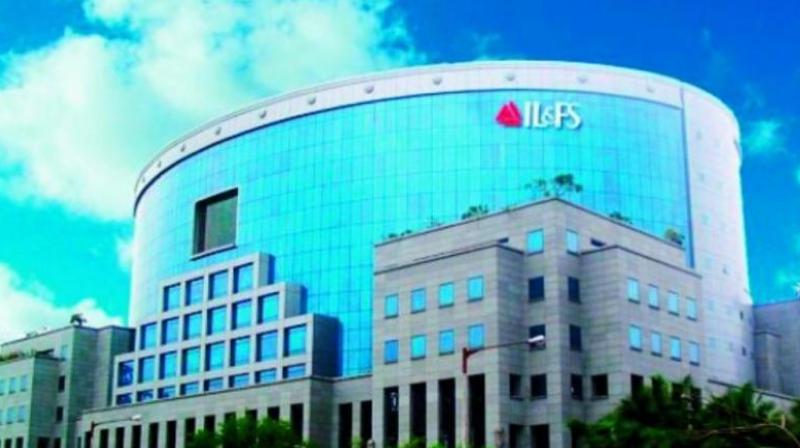 Without a doubt, rampant greed and avarice were the underlying credo at IL&FS, but equally mismanagement and thievery were responsible for the decline and now demise. Across the food chain, there was systemic failure.

Like an onion, the more you peel, the more the odour and tears. As one goes deeper into the concentric circle to understand the granularity of the IL&FS maze, one finds a Byzantine empire with a total of 347 entities, which is far more than the original 160-odd number. With the new board developing a forward-looking plan, the construct of this secretive group is now being unravelled. Imagine direct subsidiaries, indirect subsidiaries, directly jointly-controlled entities, indirect jointly controlled entities, indirect and direct associates and finally a whole new ball of wax — indirect jointly controlled operations where a common name keeps cropping up with uncanny and unerring regularity — the ubiquitous UTE. But it is clear that Uday Kotak and his experienced team will be hamstrung by ankle weights and flippers as they deep dive into this amorphous mass of entities to find a new trick, a new sore, a new contrivance, a new machination to deceive and defraud people just about everyday. What the shakeup requires is a pit bull in a dogfight. Even he will take time to figure out the IL&FS riddle, such is the size and nature of the swindle. A new report now classifies the IL&FS Group’s debt in terms of who it is owed to as Rs 130,602 crores (the earlier estimate was Rs 116,647 crores for FY18).

With the UTE umbrella branding, as many as 99 entities were spawned by Ravi Parathasarthy’s cabal which ran the IL&FS Group into the ground over 30 years. According to Indian Accounting Standards, a jointly controlled entity is a corporation, partnership, or other entity in which two or more venturers have an interest, under a contractual arrangement that establishes joint control over the entity. Each venturer usually contributes cash or other resources to the jointly controlled entity. Obviously this was done for accounting purposes, but equally this was hidden from the annual reports.

This labyrinthian architecture gets even more complicated because the UTE umbrella branding is all-pervasive, nearly a third of all the entities come under this grouping. Even the Uday Kotak panel which is overseeing the transition of IL&FS hasn’t got a handle on this sprawling baroque empire. The business plan submitted to NCLT gives details of the offshore entities and states that further information in this regard is being collated and is subject to verification. Many of these entities were first revealed by Financial Chronicle investigations.

Without a doubt, rampant greed and avarice were the underlying credo at IL&FS, but equally mismanagement and thievery were responsible for the decline and now demise. Across the food chain, there was systemic failure — auditors, rating agencies, audit committees, independent directors, internal security protocols and what have you. Another emergent trend discovered is the innumerable intra-group financial transactions. Consider IL&FS Financial Services (IFIN). A preliminary analysis showed IFIN had outstanding loans and investments to companies in the IL&FS group of Rs 5,728 crores, Rs 5,127 crores, and Rs 5,490 crores in FY16, FY17 and FY18, respectively. These appear to be in excess of permissible norms in all of the three years and result in significant negative capital adequacy for IFIN in these years. Another case in point unearthed shows a Rs 1,500-crore loan to a group company had been routed through eight other group companies. Such transactions are usually used for masking purposes to lead regulators astray, which again tantamount to wilful fraud using deceit and chicanery. Clearly, the internal and external auditors have a lot to answer for, as the oversight for failsafe measures were violated with brazen impunity.

The amazing part of this 30-year empire building story was that the chief executive would travel first class to London often enough and then use chartered jets to visit subsidiaries in mainland Europe, predominantly Spain, which was the hub of the subs and jointly controlled entities. Similarly, media reported that an asset was transferred from one group entity to another in June 2017 at Rs 30.8 crores, but a year later, a committee of directors resolved to sell this to a third party at Rs 1 crore. The internal report said new boards found the reasons for this discount sale as “inadequately supported”. And the buck doesn’t stop there, IL&FS became a milch cow to many. Take the example of senior employees. About 55 IL&FS’ retired employees were hired back as consultants costing the company Rs 16.5 crores annually. Once this was found, the new board cancelled the contracts of these consultants, subject to some exceptions.

The sorry tale of loot doesn’t end with this. The new board found that group companies leased properties owned by select employees (or their relatives) as guest houses for the group companies in what is a clear case of conflict of interest. While the investigation is still on, illustratively the report says in relation to six such properties, the monthly lease rent aggregated to Rs 15.1 lakhs per month and a deposit of Rs 2.26 crores. These have been terminated by the new team.

The operations of the IL&FS holding company were conducted through a complex maze of various direct and indirect holding companies, subsidiaries, associate companies as well as unincorporated entities including where the IL&FS Group has non-controlling stakes, which is further complicated by a multi-layered structure, akin to a waterfall. As part of the submissions made to NCLT and the NCLAT in the petition seeking the moratorium, it was mentioned that 348 entities were part of the IL&FS Group. The new board asked for a report from the statutory auditor of IL&FS, SRBC & Co LLP dated October 29, 2018 in connection with the list of entities that comprise IL&FS Group as of March 31, 2018 aggregating to 347.

Tucked away in the annual report, one finds mention of this complicated web with myriad convoluted entities — The financial statements (including consolidated financial statements where applicable) of the jointly controlled operations have been consolidated on a line-by-line basis by adding together the book values of like items of assets, liabilities, income and expenses after eliminating intra-group balances and intra-group transactions resulting in unrealised profits or losses as required by AS 27, using the proportionate consolidation method. The financial statements of the jointly controlled operations are prepared by the respective operators in accordance with the requirements prescribed by the joint operating agreements of the jointly controlled operations.

The group’s interest in jointly controlled operations varied from company to company, for instance in the Elsamex entities. For Elsamex Internacional, SLU income statement for the period ending December 31, 2016 shows a net loss of Euros 1,831,936 against a net loss in December 2015 of Euros 2,790,169. The limited liability company incorporated in December 2001 based in San Severo, 18, Madrid showed losses year after year and was still persisted with. Ditto for UTE umbrella and Grusamar catalogue. The March 2018 IL&FS Transportation Networks Ltd directors report, stated: The investments held by Elsamex S.A., Spain, a wholly-owned subsidiary in its subsidiaries in India were acquired, by the company. The whole ball of wax is suspiciously like a structured ponzi scheme, where only members of the closed user group were privy to what exactly was being used to funnel the cash around. As per Bloomberg records, Elsamex S.A. provides road maintenance services. The company was incorporated in 1977 and is based in Madrid, Spain. Elsamex S.A. operates as a subsidiary of IL&FS Transportation Networks Ltd. As per the transaction announced on September 30, 2016, Elsamex S.A. operates as a subsidiary of ITNL International Pte. Ltd.

Confusion confounded, as much as Rs 31,247 crores is owed internally, that is, to group firms, such is the mystery and secrecy over the multiple levels of step-down subsidiaries. I tried to penetrate the veil of concealment and camouflage on the four-level step-down subsidiaries to get to the bottom of the foreign entities, but the smokescreen was impenetrable. Mr Kotak and his team will find this part of the assignation to be the most irksome as it tries to unearth the true extent of the malfeasance.