Accuracy in translation is ambivalent

Firdaus is buried in a Muslim cemetery in North London, even though in his last days in hospital he told the registrar he was an atheist. 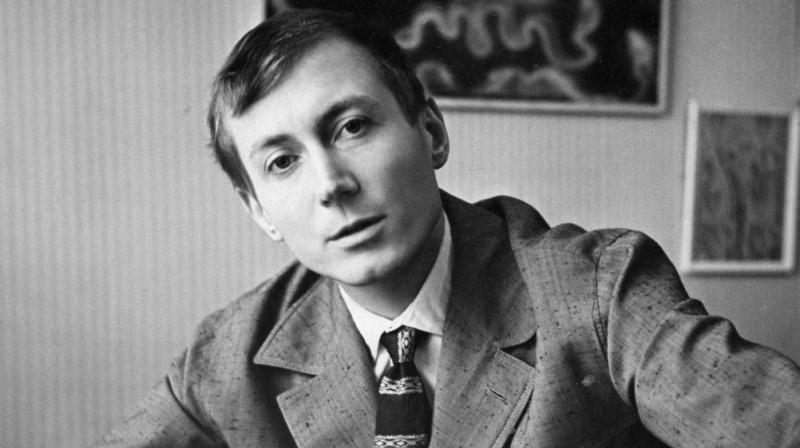 “Was there ever a space
In which the facts prevailed?
Or is reality elusive
And truth forever veiled?
Can arguments be settled
And idiots face the facts
Are pots always kettled
By faith and fantasy’s acts...”
From The Bachchoonama

Bear with me dear reader for quoting the most enduring lines I have read about the passing of the living:

Why quote Thomas Gray at you? — Because a friend of mine, Firdaus Ali, died recently. He was no “gem of purest ray” and was quite a grubby fellow. His friends will have memories of the good and bad, the funny and sad moments. The reason that Firdaus should be publicly remembered, even for the brief time it takes to read a column, is because he was one of those who operated in a necessary way in the interstices of our world’s cultures.

He was a translator and though Shelley boasted that poets were the uncrowned legislators of the world, it makes sense to acknowledge translators as its diplomatic staff.

Firdaus may not as a translator have achieved the heights of Constance Garnett who translated Dostoevsky, Tolstoy, Turgenev and Gogol from the Russian, but he worked for our world.

Firdaus is buried in a Muslim cemetery in North London, even though in his last days in hospital he told the registrar he was an atheist. When he was asked if he drank, he said he’d given it up. He actually drank more than a bottle of whisky a day for the past 40 years, and so when we challenged him about the lie, he said he’d given up alcohol that morning and was only telling the truth.

He was born and brought up in Kashmir. He was very proud of being Kashmiri and opposed Pakistan’s claims to the state though he was always ambivalent about Kashmir being a part of India or an independent country. We argued endlessly and fruitlessly about it.

He came to the UK in the 1960s to train as a dentist. He completed his course but grew weary of looking into people’s mouths and, like very many South Asian immigrants, looked for ways to earn a living in Blighty. He associated himself with several immigrant political bodies and that was where I met him. We became friends and when I was given a job in Channel 4 TV, and wanted to run seasons of Indian films and Pakistani serials for the entertainment for the Britain’s South Asian population, I called Firdaus to choose films and TV series and provide them with English subtitles which were accurate, grammatical and short enough to fit on each shot on the screen.

I am proud to say he worked at it well. Our English subtitles were, unlike those one may spot on the screen today, flawless and idiomatic, with nor a misplaced apostrophe or inappropriate pronoun.

I have acquainted you with the least of Firdaus Ali’s work. But a brief story before I continue: I was asked by Bengali friends whether I had read the work of Mahasweta Devi and confessed I couldn’t read Bengali. They said there were translations and I subsequently accessed and read them. Judged by any standards, the stuff I read was the most awful illiterate trash I had encountered. I went back to the friends whose opinion I respected and said so. One of them checked the “translation” I had read and agreed with me. The translation, he said, was a travesty. He was outraged. Mahasweta deserved better. She was an observant, insightful, critical, compassionate writer — why had she allowed these nonsensical translations?

In our fast or even slowly or fit-startlingly integrating world, don’t we want to understand each other? And if the best that is expressed is in literature or even if it’s the worst of a civilisation in filmy form, shouldn’t the rest of this integrating word have an accurate representation of it?

Is most of the world bewildered by or not quite sure about what gave rise to ISIS or what’s happening in West Asia and why some deluded individuals are driving trucks and cars to kill pedestrians?

It may not solve the world’s problems but an understanding of its cultures has to be assisted by the translators, whether they work for the CIA, for the BBC or for the interpretation service in a Reading hospital where the Pakistani-born immigrant can’t explain to the very British consultant how and where and when her chest hurts.

Firdaus said he was an atheist to the hospital survey because he couldn’t say he was a Sufi. They wouldn’t have understood. Here then, dear reader, is a contribution from a possible book that Firdaus was translating from the Persian of Hafiz, and I am putting into verse:

Your tresses like pure rays of light cascade
Upon me. You are moonlit night and shade
The perfume of your presence is the dusk,
Your countenance the pride of dawn’s parade

The hour arrives when parting from my friends
I fall to brooding as my mood descends
Into sobriety. What good is wine
Without the joys that companionship lends?

This vision held me in paralysis
But would not lift her veil and so dismiss
The doubts I had that she was not The One
“So if I’m not, don’t ask me for a kiss!”