#MeToo may want to change to #YouToo?

The attitude of Tanushree’s Bollywood colleagues is something that was expected. Nobody is all that surprised. 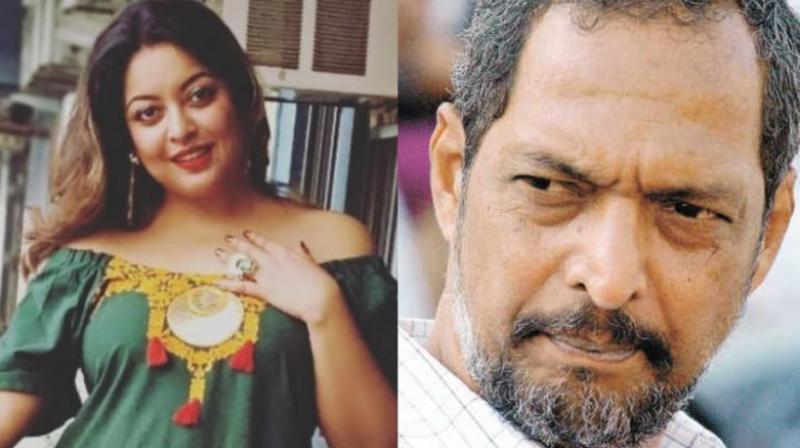 As things stand at the moment, Nana Patekar, the man accused by Tanushree of molesting her on a film set in 2008 (in the presence of several people) has now paradoxically sought an apology from Tanushree and denied all charges! If she fails to apologise, he has threatened to slap a defamation case against her.

What started off as a powerful movement reflecting concerns and challenges faced by countless women across generations and continents has been converted into what I suspect will eventually become a bit of a joke by this time next year. Something skidded along the way, and I am wondering where and why that happened. All of a sudden, men across the world have started mocking women who are coming out in droves to talk about what they are going through … what they have gone through… what they may go through. No timeframes. No time limits. Is that fair? The debate rages on. Here in India, a former beauty queen and actor, Tanushree Dutta, is at the centerpiece of a raging controversy which has polarised Bollywood and the public. Her charges against a senior actor (Nana Patekar) are pretty serious. She has been fighting the good fight for 10 years in the courts, and now it’s crunch time. Since nobody had paid much attention to her charges earlier, Tanushree may have decided to up the volume and demand focus on an incident that left her minus dignity and minus work. Without revisiting the details, my fear for the immediate future is … there may not be any future at all, going down the line. Given our short attention spans, Tanushree’s case may be consigned to the nearest “out” tray, without anything of consequence coming out of the outrage. We will forget and move on, the moment another scandal replaces this one.

As things stand at the moment, Nana Patekar, the man accused by Tanushree of molesting her on a film set in 2008 (in the presence of several people) has now paradoxically sought an apology from Tanushree and denied all charges! If she fails to apologise, he has threatened to slap a defamation case against her. Tanushree insists she has still to receive the legal notice. Meanwhile, the minor political party accused by Tanushree of attacking her car and vandalising it, putting the lives of her parents and herself at risk during the violent assault, has issued a warning threatening to stop any television/film-shoot that dares to feature the actress. “We will see Tanushree never works again,” reads the widely-circulated message. Raj Thackeray, who heads this party, has yet to be questioned for issuing threats. As if this level of intimidatory tactics aren’t enough, Tanushree has been at the receiving end of a smear campaign (usual strategy), in the hope she will back off and keep shut. It's already too late for that to happen. The ugly episode has snowballed across platforms, not just in India but across the world, and no closure is in sight just yet.

The attitude of Tanushree’s Bollywood colleagues is something that was expected. Nobody is all that surprised. It is what is commonly called the “Hum bhi chhup. Aap bhi chhup” (“I keep mum. You keep mum”) syndrome that defines the cowardice of Bollywood. Had it stopped at cowardice, nobody would have cared as much. At a time when it is essential to take a position and send out a strong message, film industry stalwarts are choosing to keep shut, or avoid commenting. When someone at the level of Amitabh Bachchan says, “Neither is my name Tanushree Dutta, nor Nana Patekar….” There is enormous disappointment all around. This dismissive quote displays insensitivity to an issue that can be raised and nailed right now, so that the future for women at the workplace is safer and more secure than it is at present. Salman Khan chose the “ducking the question” route and pleaded ignorance, stating, “I am not aware of this…” It’s hard to believe that Khan was oblivious! This is why I find it so distressing, disgusting, evasive and gutless. If this is the level of concern for female co-workers, what sort of a cleanup can be expected going forward? Zero!

The brutal truth is different. Which actor can afford to call the kettle black? They all have dirt to hide. They all have dope on one another. This effectively seals mouths, while leaving political goons to do the dirty job of actually scaring accusers into silence. As someone who has observed the film industry at close quarters for four-plus decades, I can confidently say even worse things happen to women who don’t cooperate – not just with the main actors, but with people at different levels of the production team. There is an established hierarchy in operation that allows perpetrators and traders of sexual favours to operate with total impunity. Tanushree has got off lightly, in comparison.

Bollywood’s dirty secrets are widely known. Nobody has done a thing to sanitise the filthy environment. I won’t be at all surprised if a bunch of men start playing victims now – and why not? Sexual exploitation of young, inexperienced male hopefuls is not unusual. Most of these male newcomers turn up broke and friendless in Mumbai, without patrons or godfathers. Once the money runs out, they are up for grabs. Hungry men and women prey on their pathetic condition and soon this terrible state of affairs spirals out of control. What follows is a sordid trail of alcohol and drugs, prostitution and degradation. Nobody talks about the inglorious past, but some of our biggest heroes have gone through this trauma themselves. As have a large number of top heroines. Which is why it is a bigger pity. Some of them are in positions of influence and wield a great deal of clout. All they have to do is stand together and demand an environment that is free of blatant sexual oppression. Surely that isn’t too much to ask? It’s no longer about Tanushree alone. It’s about every woman who has picked dignity over degradation.