81,000 incidents of man-animal conflict reported in a year. 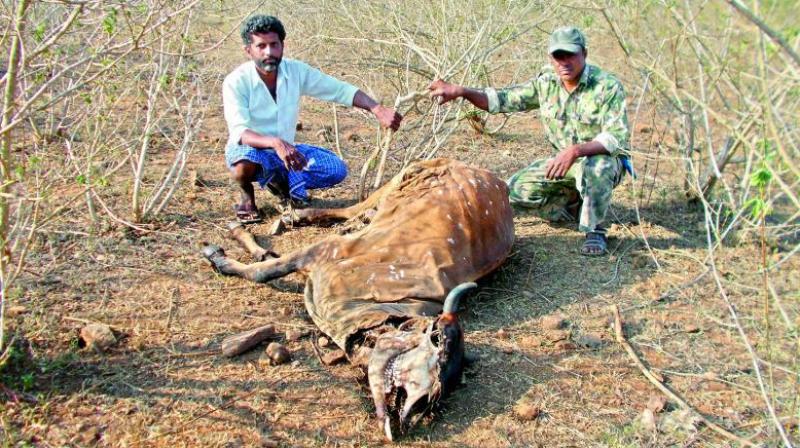 How do we support the most vulnerable people and build sustainable living landscapes that have room for wildlife?

Shrinking wildlife spaces are highlighting the fragility of the complex relationship between people and wildlife in rural and urban India. People-wildlife interactions lead to crop and property damage, livestock depredation, human injury and death — significant challenges to wildlife conservation, particularly in rural India. Over the past eight years, working in 17 sites across seven states with my research and conservation teams, I have sought answers to these questions: what is the nature and extent of wildlife-related loss? Can we identify and assist vulnerable people and places? How do we address losses? Can we improve mitigation and compensation? Ultimately, how do we prevent retaliation and promote tolerance for wildlife while ensuring people’s livelihoods and lives are not destroyed?

To understand the extent of loss, we examined procedures, and payments made for conflict incidents reported in every state. The results are staggering, with a total of 81,100 incidents compensated in just one year! Claims processed by various states include 73 per cent for crop loss and property damage, 21 per cent for livestock predation, six per cent for human injury and less than 0.4 per cent for human death. Across India, payments totalled nearly Rs 35 crore.  This positions India as a high wildlife-human conflict country.

Across India, compensation policies and assistance to vulnerable families varies dramatically. The process focuses heavily on “verifiable” damage related to larger species, discounting small-scale but more frequent damage by animals such as pigs or primates. The claims process is fraught with tension caused by delays in processing time and lack of transparency in payments. Over time, this has led to deterioration of trust, shifting ownership of wildlife and responsibility fully onto the government. In many places, government offices are overwhelmed and unable to respond in a timely and effective manner. The change in attitudes and lower tolerance has deeply visible impacts with leopards being burnt, elephants being electrocuted and government officers being beaten up.

Designing Interventions
Our studies of over 5,000 households across India living adjacent to 11 wildlife reserves found that crops were lost by 71 per cent of households, livestock by 17 per cent, and human injury and death were reported by 3 per cent of households, with losses attributed to 32 wildlife species. We found that people substantially invest in 12 mitigation measures, with nighttime watching, scare devices, and fencing used most commonly. It’s time the government highlights the urgent need to identify locally based interventions that effectively protect people’s lives and livelihoods.

Project Wild Seve was launched 20 months ago by Wildlife Conservation Society around two premier reserves — Bandipur and Nagarahole National Parks. Using a toll-free mobile number linked to a portal and responsive field team, it facilitates live monitoring of conflict incidents in 600 villages adjacent to these reserves, immediate assistance to affected people, and filing and tracking of compensation claims with government. So far 6,964 families have been assisted, with 1,888 families receiving over `53 lakh in payments. We have also built 22 model livestock protection sheds for families that have experienced repeat livestock predation incidents.

Early warning systems and insurance schemes have also been deployed in other places. These interventions have met with mixed success, working in places where there are low human densities and more homogeneous groups of people but failing to scale in places with higher densities of people and complex multi-cultural societies. The challenge that confronts us today as we transition from a rural to urban society is how do we support the most vulnerable people and build sustainable living landscapes that have room for wildlife.