The Beatles were not the only ones who sat cross-legged around the Maharishi as around an altar. 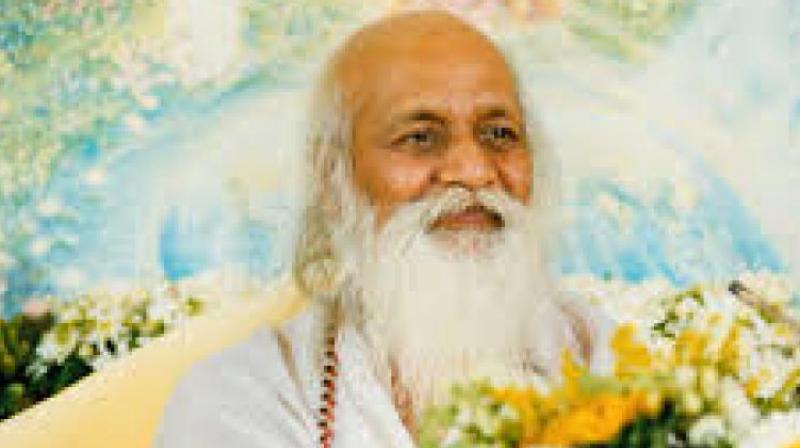 This February is the 50th anniversary of the Beatles’ sojourn with Maharishi Mahesh Yogi at his ashram in Rishikesh. I may be forgiven a touch of nostalgia. I participated in that idyllic, transformational twist the Beatles gave to their image: “Holy singers from the Hermitage.” In recent decades I have been puzzled by first-hand accounts of that visitation written by folks who either claim or at least create an illusion of having been there. The puzzle is that as far as I know, I was the only “journalist” who had the Maharishi’s nod to stay in the ashram during that hallowed period.

The Beatles were not the only ones who sat cross-legged around the Maharishi as around an altar. There were others — the Beach Boys, Paul Horn the flutist, Donovan, writing a song a day, one of which I have kept as my exclusive possession: “When the sun is tucked away in bed,/You worry about the life you led./There’s only one thing to do,/Let the Maharishi lead you.”

The non-singing stars, who caught the limelight, were Mia Farrow and her sister Prudence. The galaxy of stars at the ashram may have placed Prudence in the category of less noticed meditators. But she grabbed everyone’s attention when a sadhu looking after her hut rushed to Maharishi’s cell with an unbelievable report — Prudence had slipped into a meditative trance which had lasted from dawn to dusk and was still continuing.

This gave Maharishi the sales pitch he was looking for after the setback at the hands of Beatles drummer Ringo Starr, who described the ashram with supreme irreverence as a “Butlin’s holiday camp”, and left. Butlin was an inexpensive holiday camp chain in the England of the 1960s.

To encourage meditative marathons of the kind Prudence was in the thrall of, Maharishi would have to find some deterrence for the crows which had multiplied in the ashram foraging on the frugal fare the meditators had carelessly dropped. The challenge for the Maharishi was to keep Chaurasi Kutiya out of bounds for the noisy avians, but without resorting to violence.

The trick, suggested by ashram manager Suresh Babu, a close relative of the guru, was to arm the sadhus with catapults. The ammunition would be nothing more lethal than paper balls which would scare the crows but not hurt them. White-robed sadhus with catapults on the ready became a comical sight the next day. I am not certain if the trick to deter crows actually worked, but establishing noiseless serenity around Prudence Farrow’s hut became a high priority with the guru. It was this heightened concern which caused him to visit her hut frequently, giving rise to a rumour that Maharishi had made a pass at Prudence. In reality, of course, the rumour was a function of Prudence’s fevered imagination.

Mia Farrow was a problem for another reason — she was a compulsive smoker. “Cigarettes only”, Suresh Babu would wink. There appeared to be a tacit understanding among the ashramites that if someone was suspected of smoking marijuana, there would be no whistle-blowing. But Mia had created a particular problem for Suresh Babu, a meek man in all circumstances. She regularly sat on a chair outside his cottage, wreathed in circles of smoke, causing raised eyebrows among the sadhus and the more earnest meditators.

Matters came to a head one day when Raghu Singh, my photographer, summoned up enough courage to photograph Mia Farrow either lighting a cigarette or making rings with the smoke. The frame would be perfect if Suresh Babu were also in it. Raghu did manage that photograph, but only at a price — Mia gave him chase, screaming “b*****d”, past the sleepy sadhu manning the gate. Raghu would not be allowed in the ashram any more, Suresh Babu announced afterwards.

This was easier said than done. The military alertness that the battalion of sadhus had displayed during the first week or so of the Beatles arrival had given way to a meditative serenity — except for the crowing of crows, as I mention elsewhere. The initial hurly burly was over once the reporters and photographers who had laid siege to the ashram had been successfully turned away.

This opened the way for one or two parked outside the ashram, wailing and beating their breast that their wrecked lives could only be repaired by Maharishi. They did get in, armed with cameras, and their “wrecked” lives were placed on the fast lane of enormous financial success. They made a killing hawking their Beatles experience in pictures and words.

Raghu Singh, on the other hand, never placed any value on the Beatles story. He didn’t know who they were.

He precipitated the Mia Farrow incident because he had decided, inside himself, that the story was over after the first burst of excitement.

Indeed, Raghu Singh’s boss, Raghu Rai, who later evolved as the country’s greatest photographer, never went back to the ashram after the first day when he took a historic shot of the Beatles clustered around the Maharishi in the shadow of a large tree. It was a world scoop. Raghu Rai never returned to the ashram because, he said, he “had no interest in the Beatles”.

The reluctance of the austere news editor, R.N. Sharma, to let me have office transport to drive to Rishikesh indicated the same mindset. It was only the encouragement I received from Desmond Doig who, along with his bevy of boys, edited a cult youth magazine, Junior Statesman, that the Beatles assignment was sustained for weeks. It is, of course, a pity that files of the JS with priceless pictorial coverage of happenings at the ashram appear to have been mysteriously lost. These include a picture of John Lennon virtually sitting on the Maharishi’s lap in a cramped helicopter commandeered from Khambatta Airways for a joyride over the Himalayas. This trip led to some security issues that were raised with the Maharishi.

It is elementary that ideas and trends initiated in the West take time reaching the East. But the Beatles were the most prominent counter culture group seeking solace in Indian spiritualism, away from the soullessness of Western materialism.

They were a continuation of a trend inaugurated by the Beat generation in the 1950s. Remember Allen Ginsberg’s extended sojourn in Varanasi, expressing despair: “America, I’ve given you all and now I’m nothing./ Your machinery is too much for me./ You made me want to be a saint.”