Mystic Mantra: Everyone is unique

No two persons or living beings on earth are duplicate entities of each other. 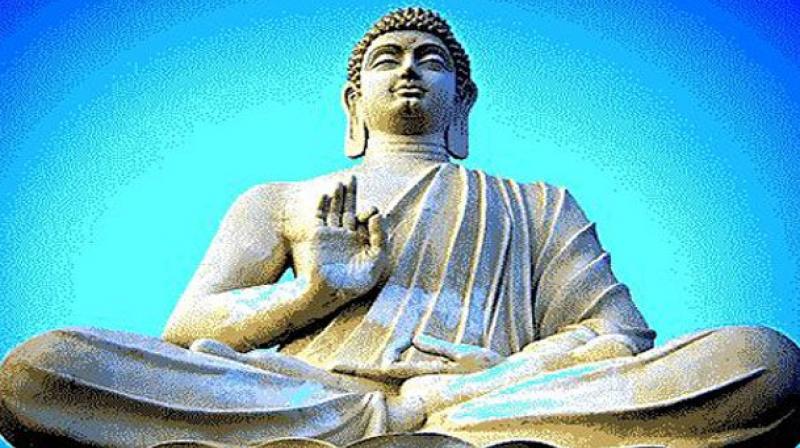 This is authentic Zen insight which is in harmony with the last message of Buddha: Be a light unto yourself. (Representational image)

There is a beautiful story about a famous Zen master, Rinzai. Rainzai’s master died and before his death, he declared Rinzai his successor. There were other disciples also, who felt jealous of Rinzai, also hurt that their master had not given this recognition to them. They started finding fault with the way Rinzai lived his life. He seemed to be totally unlike his master. One day all the disgruntled disciples gathered together and had a brainstorming meeting, in which they concluded that Rinzai was not the right choice of the master as he was not following the lifestyle of his own master. How can he be a successor? It was beyond their understanding that he was chosen to be a successor.

Observing all this, Rinzai remained cool and responded to the other fellow disciples: Beloved friends, you are mistaken, you are missing the whole point. My master did not imitate the lifestyle of his master, and so he never expected me to imitate his lifestyle. This is the uniqueness of each master. I will be going against the teaching of my master if I imitate him. This is exactly the reason that our master did not choose any of those who are functioning as a carbon copy of the master — he chose me. I follow my own heart and my own spirit. This is the real secret of being a disciple. This is the real grace.

This is authentic Zen insight which is in harmony with the last message of Buddha: Be a light unto yourself. And Buddha coined a beautiful word for this insight: Sammasati. Everybody should live with right remembrance and realise enlightenment in his own way. Nobody should be an imitation of the other. No two persons or living beings on earth are duplicate entities of each other. It is not natural. If there’s any such thing, it must be a perversion of nature.

To be just like another person requires a lot of effort, which is almost impossible. One can waste one’s whole life and one may not achieve the same. Deep down everyone continues to realise one’s own uniqueness. As a matter of fact, the existence wants everybody to be unique. This is the way life is. Each master who is really enlightened will not want anybody to be his imitation, as an imitation would be an insult to the master, and his teachings. So whenever some people are called the followers of any master, it is an insult to both the master and the disciples. It is a very deep misunderstanding of such a great phenomenon.

In the Last Testament, Osho declared the same for his disciples: “I want my sanyasins to inherit my freedom, my awareness, my consciousness.” He did not declare any one of his disciples as his successor, rather he said: “Each sanyasin has to be my successor.” He did not create any authority that would dictate others, nobody was chosen to dominate others. He said about all his disciples: “They are on their own. If they want to be together they can be together — out of their own freedom, it is  their choice and their decision. If they want to move freely they have all the rights to be free... I am not giving you any discipline. I give you only awareness — because to me awareness is the fundamental thing. If you are aware, you will find your discipline yourself. Who am I to give it you.”

This is the ultimate respect and dignity given by any master to his disciples.