Indians and the 'R' word 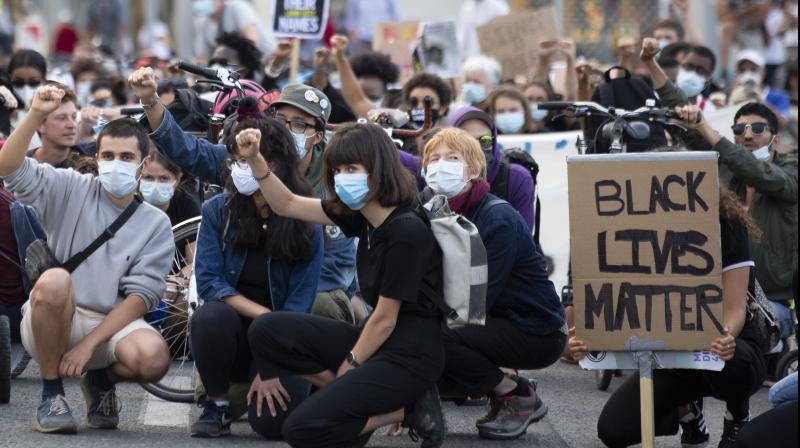 When it comes to race issues, people of Indian origin have often been regarded an invisible band of the racial spectrum and have often readily embraced this cloak of invisibility. AP Photo

Am I a racist? Some days ago, I – a man of color – was beaten by another man of color when I intervened in the course of a petty, violent crime. The injuries hurt and I was angry. But when I called the police and they asked me to identify the race of the attacker as a matter of routine procedure, I hesitated. I wondered if I would indirectly condemn a desperate young man. I wondered what it would do to my own beliefs about race.

It spurred me to reflect on my own color and what it has meant in my life.

I grew up in a small towns in south India where underlying many an interaction was the identity of caste which, while it can’t be compared to race, had its own stories of brutality and is too closely intertwined with religion and culture to be ignored.

I found these interactions annoying but did not complain as I wasn't at the receiving end of discrimination too often. When as a teenager I moved to Delhi, I wondered if I would be more popular among my northerner friends if I had less of a tan and secretly bought melatonin-reducing skin cream. For years, rather than swim against the tide of unspoken prejudice, I preferred to float along. What did this make me? A collaborator?

And yet, in the course of my international career, I heard colleagues counsel me to get an accent coach if I wanted my boss to pay attention to my ideas.

I found myself disproportionately penalized for minor mistakes – even for those that weren’t my own - and received advice that as I was not from the developed world and was a man of color, the “smart thing” would be to just take it on the chin and move on.

Even as I moved countries on international humanitarian work, I found myself repeatedly pulled aside at airports after being “randomly selected” for enhanced security screening. My complaints made little difference. What did this make me? A victim?

In different countries and contexts, I’ve either silently tolerated prejudice or absorbed it. I’ve been either an unconscious collaborator or an unwilling victim.

When it comes to race issues, people of Indian origin have often been regarded an invisible band of the racial spectrum and have often readily embraced this cloak of invisibility.

As the world’s largest diaspora, persons of Indian origin live as an integral part of diverse societies – from Hong Kong and Mauritius to Kenya and South Africa, to Trinidad and Canada. And yet, I find many compatriots in the Indian diaspora roll their eyes at “end racism” protests or express almost doomsday-like apprehension about them.

The Indian diaspora is known for its merits of hardwork but is also seen as one that does not rise up and challenge the status quo. However, the diaspora’s silence on race issues is not sustainable.

In a post-COVID 19 world, as we become aware of common challenges to humanity, no people can sit by and watch the “Othering” of people. The Indian diaspora has to only look to its own painful experience of being shipped as indentured labor during the colonial period across the Indian Ocean and to the Caribbean, or its tragedy of forced exile from Idi Amin’s Uganda, to realize the generational burden of prejudice.

Standing aside while people of color everywhere ask for an end to racism amounts at best to forced forgetfulness and at worst, to a rejection of empathy.

Where do we start? Indian diaspora needs to start abandoning its precept of “living together, separately”. We need to develop deeper understanding and respect of the history of the places where we may be recent immigrants. We need to become more progressive in our attitudes towards inter-racial dating and marriage, and why we selectively appropriate cultural norms of some races over others.

The Indian diaspora’s presence in the STEM domain needs to be used to reduce discrimination. Small business owners from the Indian diaspora in particular need to look into their hiring practices. Indian diaspora needs to use every possible occasion from festivals to civic holidays to break racial barriers.

Being neither black nor white or perhaps being a bit of both, the Indian diaspora can actually act as conciliators. Such is the polarization of narratives today that every little effort to bridge the gap would count. As they span wealthy coastal elites as well as working-class labor, Indian diaspora are well-positioned to foster such conversations and build bridges.

The Indian diaspora has never been shy of knocking on doors or of breaking glass ceilings. This energy and enterprise can today make a crucial contribution in the struggle against racial prejudice.