In the 19th century, chloroform was being increasingly used for surgical procedures, but its safety profile was yet to be established 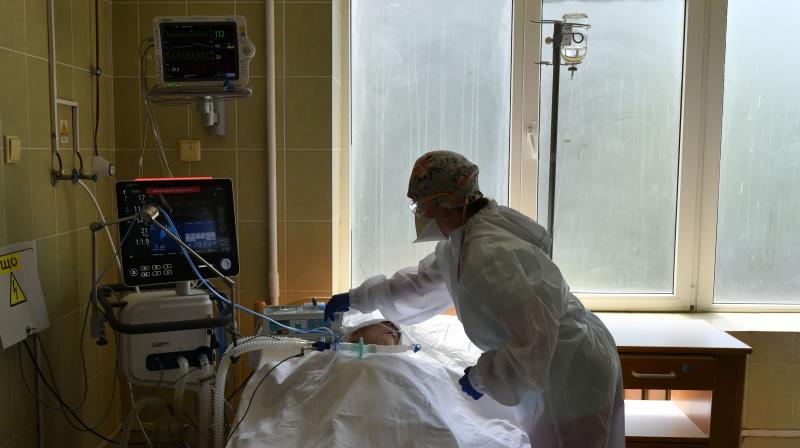 Over 130 years ago, a significant scientific event was recorded in the medical history of Hyderabad, and indeed the world. It would have an enduring effect on the science of anesthesiology and its applications in painless surgery.

In the 19th century, chloroform was being increasingly used for surgical procedures, but its safety profile was yet to be established. Doctors could not understand why some healthy patients died at the operating table after being administered chloroform, and wanted to know if its toxic effects affected the lungs or the heart first before causing death, so that a technique could be developed to avoid these complications.

This was, of course, a major issue and led to scientific debates and studies around chloroform and its safety.

In those days, the practice of medicine at Hyderabad was flourishing, with the fully functional Hyderabad Medical School, established in the reign of the 4th Nizam, Mir Farqundah Ali Khan Nasir-ud-dawlah. When the Nizam fell ill, probably from diabetes, the then British Resident suggested he be treated with Western medicine by the Residency Surgeon, Dr William Campbell Maclean.

The Nizam recovered fully, and, impressed with allopathic medicine, ordered the establishment of the Hyderabad Medical School (later Osmania Medical College) in 1847, with Dr Maclean as its first principal.

By 1885, it grew to become the premier institution for the teaching and practice of medicine, along with Afzalganj Hospital (later Osmania General Hospital).

This was the year the famous Scottish surgeon, Dr Edward Lawrie, was appointed Residency Surgeon in Hyderabad. He also became principal of the medical college and changed the language of instruction from Urdu to English. He also pioneered a technique of delivering chloroform to patients which wouldn’t compromise their breathing.

It was a technique that impressed Mir Mahbub Ali Khan, the 6th Nizam. Safe and painless techniques of operation were always sought after that. In 1888, at Dr Lawrie’s request, the Nizam sponsored the first Hyderabad Chloroform Commission, that oversaw medical experiments to prove that the toxicity of chloroform would first affect the respiratory system rather than the heart.

Therefore, maintaining respiration during chloroform delivery was vital to prevent unnecessary deaths, a technique perfected by Dr Lawrie in 20 years of practice.
The first commission’s findings were published in Lancet, a prestigious peer-reviewed medical journal.

The early experiments were criticised by Western doctors, who felt chloroform’s toxic effects were cardiovascular in nature, not respiratory. They argued that, in lethal doses, it was the heart that stopped first, followed by the respiratory system. Undeterred, Dr Lawrie insisted on repeating the experiments for a second chloroform commission, this time in the presence of a medical observer of Lancet’s choosing.

The journal agreed and appointed as its representative Sir Thomas Lauder Brunton, an eminent physician whose work on the effect of drugs on the heart was well recognised. The Nizam welcomed the appointment and famously paid £1,000 to Lancet’s expenses (about £130,000 today), which the journal gratefully acknowledged.

The team conducted nearly 600 experiments in October-December 1889, when Sir Thomas stayed in Hyderabad observing them. He was also treated to lavish get-togethers organised by the medical fraternity and Hyderabad’s nobility.

He left in December of 1889, convinced of Dr Lawrie's anesthesia techniques, and in the following year presented the findings of the Hyderabad Chloroform Commission in London.

By 1890, the study results were published in Lancet, and discussions on it published in two other reputed journals – Nature and Cambridge University’s Journal of Laryngology & Rhinology.

In 1891, a 400-page book Report of the Hyderabad Chloroform Commission was published by the Nizam’s government, a copy of which is now in the library of America’s Yale University.

The Second Hyderabad Commission had concluded that in toxic doses, chloroform would cause respiratory paralysis (and asphyxia), that could be managed by adjusting the dose or by artificial respiration devices. It also advised protocols for safe administration of the anaesthetic agent.

A general consensus that formed after the second commission was when chloroform is given in the ordinary way by inhalation, respiration stops first, so care must be taken while delivering it as an anaesthetic agent.

Today forensic experts agree that in lethal doses chloroform initially does cause death due to respiratory failure in a majority of cases, and cardiac arrhythmia (palpitations) in others.

Over the century we have moved on from chloroform as the anaesthetic agent of choice.

However, this evidence-based study remains a testament to the progressive nature of Hyderabad and its people, especially towards the promotion of scientific knowledge, as shown by the proactive role of the leadership that backed this study. These days, such clinical studies are mostly sponsored by companies who are stakeholders in outcomes.

The Nizam, however, sponsored the Chloroform Commission with no bias, and in his own words, “to save people’s lives”, which Lancet also acknowledges.

Dr Edward Lawrie continued to work in Hyderabad until his retirement in 1901, and died in London in 1915, aged 69. A “Dr Lawrie Lecture Hall” was named in his honour in Osmania General Hospital by the 7th Nizam, Mir Osman Ali Khan, in recognition of his services to Hyderabad and to medical science.

In 1988, Osmania General Hospital celebrated the centenary of the Hyderabad Chloroform Commissions. Obviously, this achievement is of great significance to the medical world and of course to the people of Hyderabad and Telangana. After all, its placed Hyderabad and India in the pages of modern medicine for posterity.

Dr Mohammed Najeeb Shahzore is a physician based in Kuwait, who has a keen interest in Hyderabad’s history and heritage
end-of