Jihad to proliferate despite blow to ISIS 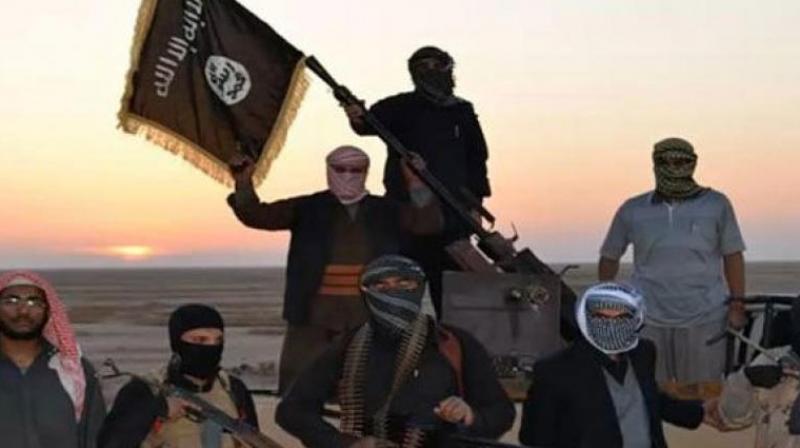 On Thursday, June 29, Iraqi forces captured the ruined 850-year-old al-Nuri mosque in Mosul and declared that the “caliphate”, announced from the pulpit of this mosque three years ago, had now been ended. Islamic State of Iraq and Syria fighters still in Mosul number about 350 and are fighting a fierce rearguard action, though ISIS leader Abu Bakr al-Baghdadi is thought to have fled to Syria.

The battle to recapture Mosul, Iraq’s second city and ISIS’ capital, began in October last year. The Iraqi forces, numbering about 100,000, consist of the elite counter-terrorism service (CTS) forces, Army and police elements, Kurdish fighters and members of the largely Shia Popular Mobilisation Units (PMU). These are backed by US special forces, while Turkish forces lurk in the vicinity.

ISIS is similarly under pressure in Syria: its capital, Raqqa, is now under siege by the Syrian Democratic Forces (SDF), made up largely of Kurdish militia with some token Arab fighters as well, backed by US special forces and aircraft. As at Mosul, there are Turkish forces in the region as well.

The very nature of forces ranged against ISIS should alert us to the problems that are likely to arise shortly after it loses its territorial bases, since its opponents have very different, indeed, competing agendas.

For the Kurds in both Iraq and Syria, this is the cherished moment they have awaited when they can have their own self-governing space, possibly even a sovereign entity. In anticipation of the takeover of Mosul, the Kurds in Iraq have announced a referendum on independence on September 25.

Any prospect of Kurdish independence will be opposed by the government in Baghdad, as also by Turkey and Iran, with their own restive Kurdish populations and have forces deployed in the region to prevent such an initiative.

In Syria, Turkey is particularly concerned about Kurdish territorial consolidation at its border due to the close affinity of the Syrian Kurds with its own disgruntled Kurds from the Kurdish Workers’ Party (PKK), and the possibility that this Kurdish territory in Syria will provide the training ground and sanctuary for its dissidents. Turkish President Recep Tayyip Erdogan has said that his country and its armed forces will deploy all available resources to prevent the establishment of a Kurdish state in northern Syria.

Kurdish territorial gains in Syria will also be opposed by the Iran-backed Bashar al-Assad government whose forces are racing to Raqqa and will claim control when the city falls. They will be backed by both Turkey and Iran, who have joined Russia to promote a peace process that does not call for Mr Assad’s ouster.

Iran has broader geopolitical interests in the region. These relate to maintaining its influence in both Iraq and Syria, and specifically control of the land route from Tehran to Beirut via Baghdad and Damascus, while thwarting Kurdish gains in the north of Iraq.

The Trump administration has made it clear that it will pursue US interests in both Iraq and Syria that include the promotion of Kurdish interests and a confrontation with Iran to reduce its regional influence. Despite strong Turkish insistence, the US has refused to abandon the Kurdish forces and has also continued to supply the Kurdish forces with quality American weapons.

Several American writers have postulated that the US could be gearing up to go to war with Iran, promoted robustly by extremist pro-Israel lobbies, the visceral animosity for Iran within the Republican Party, and the old desire to promote regime change in Tehran, which secretary of state Rex W. Tillerson spoke of approvingly in recent congressional testimony.

However, Iran, Iraq and Turkey have also made it clear that they will not abandon their crucial interests in the region. Iran has fired missiles from its territory on ISIS strongholds in Syria, even as forces backed by it are well-represented in the fight for Mosul. Turkey has also boosted its military presence in Kurdish areas in northern Syria.

Thus, the fall of Mosul and Raqqa unleashing a variety of conflicts among internal and regional players can only redound to the advantage of ISIS and other jihadi forces in the region. Already, though beleaguered in its home territories, ISIS has exhibited extraordinary reach: militants claiming loyalty to ISIS have recently attacked Istanbul, Manchester, Baghdad, Kabul, London, Karbala and Marawi in the Philippines, and even penetrated Iran’s security cordons to attack two iconic monuments in Tehran. The political chaos and the virulent sectarian and ethnic divides in both Iraq and Syria will ensure that extremist violence will continue to be a viable option for the marginalised and mistreated youth across the region.

Thus, it can be safely predicted that loss of its capitals will not diminish the lethal power Daesh can mobilise against its targets worldwide, particularly through “lone-wolf” activists in West Asia, Europe, the US and even Southeast Asia.

Even if it is evicted from home bases, ISIS may be expected to exhibit nimbleness and adaptability when it launches attacks from its peripheral spaces in Afghanistan, Yemen, Libya and Nigeria. This will be backed by a powerful online presence, giving greater attention to militancy and war rather than on the idyllic life it had portrayed in its earlier videos to lure young warriors to its “state”.

Finally, even if Daesh withers away, other localised extremist groups may be expected to take its place. They may be without its centralised structure or its human, military and financial resources, but they will not lack in commitment or ferocity.

Thus, the principal challenges for leaders in West Asia will emerge after the fall of Mosul and Raqqa, when they will need to restore unity and security at home and adopt policies to shape and consolidate accommodative and multi-cultural societies so that their states truly become nations.