Opinion   Oped  05 Jan 2020  Kerala has the right to express its view on CAA
Opinion, Oped

Kerala has the right to express its view on CAA

State Assemblies are elected by the people and they are within their rights to express their opinion on matters of national concern. 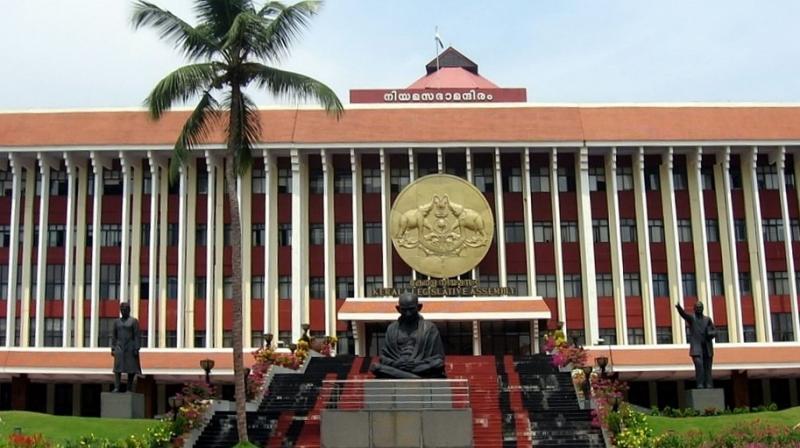 Never since independence has India been torn apart from one corner to another as it has in recent days by the spontaneous agitations against the Citizenship (Amendment) Act (CAA). Not one political party created the furore. The listless Gandhi trio, Sonia, Rahul and Priyanka, simply joined the fray; as the phrase goes, “behti Ganga mein haath dhoey” (“washed their hands in the flowing Ganges”). Its leaders were the youth and their hearts went out to the Muslims.

In this situation came the Kerala state Assembly’s resolution on December 31 urging the scrapping of the CAA. Union law minister Ravi Shankar Prasad pontifically declared that Parliament alone has the power to make laws on citizenship and not any state legislature.

This lecture would do no credit to a village school teacher. Even the peons of Kerala’s Assembly know that its powers of legislation are confined to state subjects listed meticulously in the country’s Constitution. What the Assembly did was not legislation. It was an expression of a view, coupled with a plea to Parliament, to scrap the hated law.

State Assemblies are elected by the people and they are within their rights to express their opinion on matters of national concern. In 1996, Jyoti Basu went to Dhaka as chief minister of West Bengal to parley with the head of a foreign government. Involved were important issues of foreign policy directly affecting the interests of his own state. The result was a successful conclusion of the India-Bangladesh agreement on sharing the waters of the Ganges.

Chief ministers have previously negotiated deals with foreign governments and organisations on investments, trade and specific projects. Dr B.C. Roy was said to have written out a 30-odd page agreement on one such deal with France.

Not only does the Constitution not preclude such negotiations, if conducted with the Centre’s approval, they are also in the best spirit of genuine federalism. The political reality is that, without Basu’s active participation, West Bengal would not have accepted the accord and, without the state’s acceptance, no Indian government could have concluded the agreement. The Centre invited his participation, wisely and constitutionally.

Prime Ministers Indira and Rajiv Gandhi freely consulted the Tamil Nadu chief minister M.G. Ramachandran in the formulation and execution of India’s policy on the Tamils in Sri Lanka. Arunachal Pradesh is entitled to be consulted on the northern frontier with China.

Before Independence, R.K. Sidhwa moved a political resolution in the Sindh Assembly. The precedent was followed in 1956. A resolution was moved at a meeting of the Bombay municipal corporation (BMC) by a councillor to express regret and horror at the execution of former Hungarian Prime Minister Imre Nagy and his three associates by the USSR, drawing attention to the fact that these persons were “fighters for freedom of their motherland, who by displaying, great courage and steadfastness even at the cost of their lives in the cause of their country’s freedom have upheld the dignity of man and rendered great service to the highest value of life, viz ‘freedom’”. The executions were contrary to the doctrine of “Panchshila” enunciated by the Prime Minister of India, practised by India and accepted by other countries. The Union government was requested to communicate the same to the families of Nagy and his associates with an expression of the BMC’s sympathy.

On the question of whether the BMC’s resolution would be ultra vires the corporation, the Bombay high court held it would not hold a municipal action invalid and ultra vires the powers of the municipality if it entertained a reasonable doubt on the point and deemed the question as fairly and reasonably arguable on the ground that there is room for holding different opinions on the point. It declined to issue its mandate unless satisfied that it was plain and palpable that the act complained of, clearly and manifestly transcended the powers conferred on the municipality. The resolution fell within the ambit of the expression “likely to promote public instruction” in Section 63(k) of the BMC Act, 1888; therefore, the BMC was competent to discuss and, if the majority of its councillors so decided, to pass the resolution.

In June 1948, India offered the Nizam of Hyderabad a draft “heads of agreement” on defence, foreign affairs and communications. They were reserved for the Indian government. Para 7 added a qualification: “Hyderabad will, however, have freedom to establish trade agencies in order to build up commercial, fiscal and economic relations with other countries; but these agencies will work under the general supervision of and in the closest cooperation with the Government of India. Hyderabad will not have any political relations with any country.” Do the states of the Union of India deserve less?