Let CAG do reviews, not Aayog

A review of the performance of such bodies appears in order; but the question is who should do such a comprehensive review? 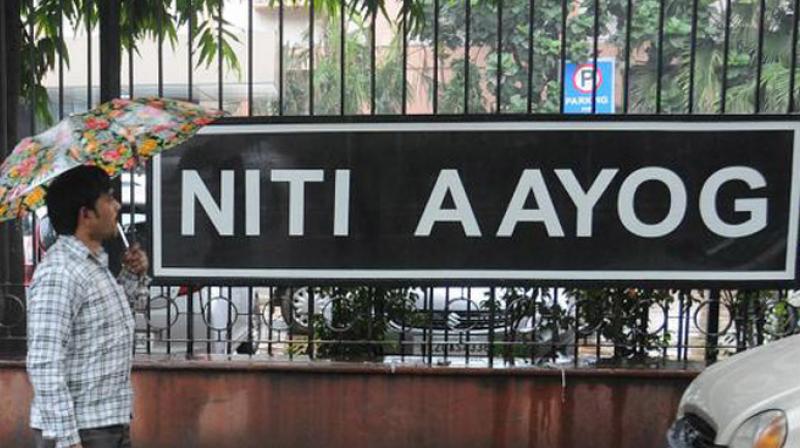 Niti was created as an institution for transforming India; it should start applying itself where the task of bodies like the CAG end rather than usurping their mandate. (Photo: AP)

One day a government doctor gleefully told me that he can now buy a petrol jeep, which he could not have done under government rules, which mandate that only diesel jeeps will be procured. He would use his powers to do the purchase of a petrol jeep as ex-officio secretary of the autonomous District Medical and Health Society. Diesel jeeps are hardier and cost-effective as compared to petrol jeeps, hence the government diktat. Establishing such autonomous bodies has become a regular and ubiquitous phenomenon, in order to enable faster implementation. It is time to review them and their utility vis-à-vis their cost.

These district-level societies are also quasi-government bodies enjoying all the privileges of the government. Every state and Union territory government has countless numbers of them. However, we will examine such bodies only at the Central level. Autonomous bodies are of different types formed under varying causes: a) mandated by a law such as Electricity Regulatory Commissions or Pollution Control Boards or Wakf Boards; b) established by the department of science and technology, such as the Council of Scientific and Industrial Research and its subordinate bodies; c) established by miscellaneous ministries to deliver research and education on a subject, such as the National Institute of Agricultural Marketing or the National Power Training Institute (NPTI); and d) by a resolution of the government such as the Niti Aayog or the National Productivity Council (NPC), and so on and so forth. Public sector business enterprises incorporated under the law are not in this group.

As per the Expenditure Management Commission (EMC) constituted by the Central government in 2014, these agencies guzzle approximately Rs 60,000 crores annually and a meaningful review of their grants could lead to savings of Rs 3,000 crores per annum. In our opinion, if some of them are shut down or privatised then the savings may be much more. Many of these bodies are used as handmaidens of the concerned ministry. Appointments are made to favour some people, who may not even qualify or used for supporting expenditure, which the ministry cannot legally incur. In one scandalous case, a person was appointed as a part-time chairperson of a committee at his last-drawn salary of Rs 3 lakhs paid regularly for the period of 13 months that the committee existed. The relevant ministry did not pay it but an autonomous institute under it did the payment. Otherwise they could have faced serious audit queries, because chairs of similar committees have been paid Rs 3 to Rs 5 lakhs as one-time lump sum fees for whatever the duration of the committee.

That said, let’s look at some other interesting dimensions on autonomous bodies. First, it appears that there is no exact data on how many of these bodies exist or are in the process of being created or being considered for creation. There must be several arguments floating around for different causes and therefore one must not wonder how such bodies have increased from a mere 35 in 1955 to approximately 691 now. A more important point to consider here is how do we check if they are indeed performing the functions they are supposed to?

Clearly, some of them play a crucial role in nation-building. For instance, no one can doubt the contribution that bodies such as Indian Institute of Foreign Trade and NPTI have made, but what about bodies like NPC. One would have to look hard to locate NPC in furthering the agenda of the ease of doing business, which is what seems to be the flavour of the day. So with regards to the question whether autonomous bodies are truly delivering on their mandate, deeper probing is needed. Incidentally, the findings of EMC may be of only limited utility here as it cannot get into the questions related to the delivery of the mandate of such bodies, but only review the financial aspects.

A review of the performance of such bodies appears in order; but the question is who should do such a comprehensive review? In the current scenario it is Niti Aayog that has been given this responsibility, but should it not be done by the Comptroller and Auditor-General of India?

Recently, delivering a lecture in Mumbai, former CAG Vinod Rai made a well-substantiated argument that the CAG is not a mere accountant’s office, but rather it is an accountability institution. It is perhaps for this reason that performance audits also fall within the purview of the CAG along with other types of audits, including financial audits.

Performance auditing is focused on improving good performance in public administration by examining whether public programmes and services achieve the principles of economy, efficiency and effectiveness, and identifying conditions or practices that hamper performance and enable the auditor to make suitable recommendations. In other words, performance audit is intended to evaluate the final outcome and let it be also made clear that audit of autonomous bodies fall well within the purview of the CAG.

Given this, it is difficult to understand why Niti Aayog has been asked to review the performance of autonomous bodies. Niti was created as an institution for transforming India; it should start applying itself where the task of bodies like the CAG end rather than usurping their mandate. It might not be a bad idea for the CAG to evaluate the performance of Niti and if it is going in the direction that it was mandated for.