Mystic Mantra: Give your 100% to reach top

Yogi Ashwani
The writer, the guiding light of Dhyan Foundation, is an authority on yoga, tantra and the Vedic sciences. Contact him at dhyan@ dhyanfoundation.com

The negative forces whisper in the ear or induce thoughts inside the sadhak such that he/she begins to doubt the path or the guru. 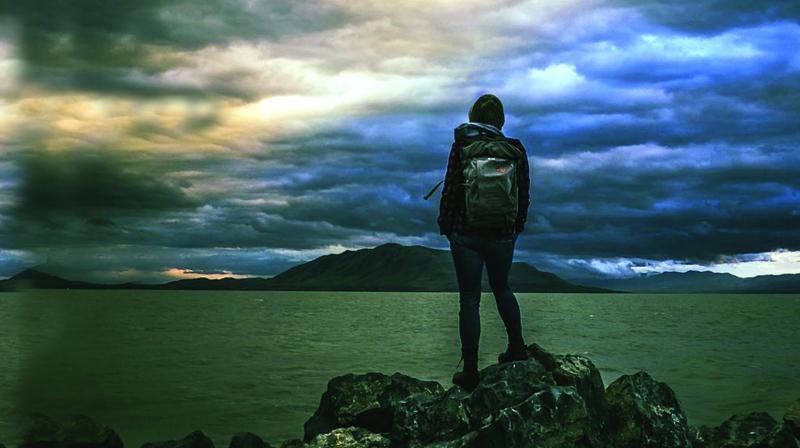 Remember, there is only little space on the top, and it is the final frontier, so nothing short of 100 per cent will get you there.

Evolution is in the form of a pyramid. There is plenty of space at the base but only needlepoint space at the top. Only one or two are entitled to reach the top. This entitlement is not decided by one’s looks or wealth or influence in the society, it is the result of the grace of guru which is earned by one’s karmas and one-pointed focus.

The journey to the top is extremely easy and yet most difficult. Easy, because guru shows you the door and also the path to the door, all you need to do is walk. Difficult because the space is only for a few so there are energies at play that try to make the sadhak take a u-turn. And these energies work at various levels and intensities.

At a basic level, they manifest a desire for sadhak: a relationship or job or position he/she wanted falls in his/her lap. Majority gets so engrossed in it, that the path is forgotten. A fraction of sadhaks are able to understand the temporariness of the pleasure and are able to keep themselves focussed on finality or the permanent, in the midst of all the pleasures.

At the next level, sadhak is endowed with certain siddhis of yog — he/she is able to perceive the dimension of colours or is able see past or future, or is able to have direct interaction with devs or devis or any other higher sense develops.

At such a time two things can happen, either the sadhak gets enamoured by the siddhi, starts thinking of himself/herself as being great, showing-off his/ her abilities, or he/she understands this is just a stepping stone, not the finality, and that it simply indicates he/she is on the path. In case of former, sadhak gets stuck or changes his/path, in case of latter, he/she continues to move towards finality unfazed. Only a handful are able to cross this stage.

Both siddhis and pleasures are termed as pitfalls in the yogsutras. And these are not the only ordeals. As one moves closer to the final frontier, positive forces rise within him/her as do negative forces, with equal pull, creation being a balance of positive and negative.

The negative forces whisper in the ear or induce thoughts inside the sadhak such that he/she begins to doubt the path or the guru. Often under influence of negative forces, who tap on the inherent weakness of the individual, sadhaks get swayed away. At that time it is important for the sadhak to increase his/her sadhna and seva, to remember the various experiences he/she has had on the path and to discuss with guru, without inhibitions his/her state of mind.

Desire plays an important role. At times we do think our desire is final frontier, but that is not true. These forces distract or attract through our diluted desires. They capitalise on the fact that our desire is “also” and not “only” the finality. So they take one these routes and takes us back into the world.

Unfortunately, we would not even realise that we our going off the path because we would think our desires are manifesting, another birth wasted.

It is lifetimes of good karma that leads one to the guru, who then illuminates the path. Once you find one, don’t let these distractions or disturbances hamper your journey.

Remember, there is only little space on the top, and it is the final frontier, so nothing short of 100 per cent will get you there.