Perhaps cannabis was exhilarating stuff, quaffed by the early Aryans

In Britain, at university, and then through long political association with West Indian comrades, there was a lot of dope about. 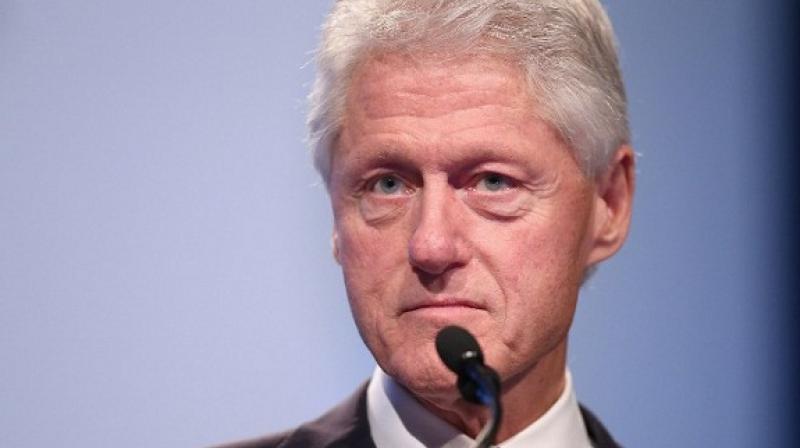 When Bill Clinton, President of the United States, was revealed as having smoked cannabis at university, he protested that he did, but that he “never inhaled”.

The rhyme we chanted in our college days was “ Charsi kaddi na marsi! Aggar marsi, tho chaalees admi aagey karsi!” This was unnecessarily aggressive for a peacemaking drug and there was no indication as to who the 40 victims would be.

I herewith admit that I have had my adventures with banta, ganja, charas and even with cannabis-penetrated rum — and let he who has not enjoyed a glass of bhang at Holi cast the first stone.

As an eight-year-old child, sitting on a step of the rear verandah of our Pune house, I watched my grandmother and her Parsi friends in the yard making a sweet called Vasanoo in large vessels on an open wood fire. Our cook would be sent to fetch a secret ingredient, a powder in a paper packet which the ladies conspiratorially added to the pot with smiles and whispers. My cook told me later that it was an illegal substance.

Years later I deduced that it was cannabis resin and when my mother and my mamu, her younger brother, were censorious about my drinking bhang at Holi at Hindu friends’ houses, I interjected that grandma used to mix cannabis into Vasanoo. Both mum and mamu vehemently denied any such possibility. A generation gap in social morals, I suppose.

When Bill Clinton, President of the United States, was revealed as having smoked cannabis at university, he protested that he did, but that he “never inhaled”. I inhaled. From the age of 14 in Poona (now Pune) the crowd of friends I moved with had occasional contact with ganja and though I didn’t smoke tobacco, it seemed manly to venture into this forbidden territory.

Our family cook, Hukam Ali, regularly accused our dhobi Lakshman of being high on ganja and as a consequence returning clothes unwashed but ironed to a crisp to disguise the fact.

In Britain, at university, and then through long political association with West Indian comrades, there was a lot of dope about. I can never say I got habituated. It was an occasional blast.

My memorable encounter with cannabis was going with colleagues to Amsterdam at the time when I worked as a commissioning editor in Channel 4 TV in Britain. I was scheduled to give a lecture to a European TV convention that evening. My colleagues and I gathered in a Dutch pub before the event and one of them said we should sample the recently legalised cannabis of Holland. Someone bought a packet from the cannabis stall in the corner of the room and rolled a joint which we smoked as we downed our drinks. I felt absolutely nothing and remarked that the legalisation of the drug had killed its potency. The Dutch were kidding themselves and us tourists. My colleagues concurred. The stuff we’d sampled was called “skunk” because of its rather strong odour.

We left the pub to get to my appointed lecture. The cold fresh air hit me. So did the hallucinatory effect of skunk. The placid canals of Amsterdam at twilight turned in my sight into raging, tormented seas. The neat, demurely lit drawing rooms of the buildings bordering the canals, in display with their curtains undrawn, became the dark palaces of Elsinore with Hamlet’s father’s ghost motioning to me from the windows.

I told my colleagues this was it! I couldn’t go with them. I had to go back to the hotel. Two of them grabbed my arms and marched me, protesting that I was out of my head, to the lecture venue.

They said they too felt the effects but were determined that I wouldn’t let Channel 4 down. I was escorted onto the stage and can’t remember what happened next, but I must have had a rush of reviving adrenalin which sobered me up, because I was told afterwards that I delivered a succinct and convincing talk.

The reason, gentle reader, for these recollections, is that in Britain today there is a spirited debate in favour of legalising recreational cannabis. Canada is now the first G8 country to have universally legalised the substance. It is legal in 11 American states with 15 more states having decriminalised it.

Not as yet in Britain, where 8,000 people are jailed each year for cannabis offences. Thousands more are kept in police custody up and down the country. All of this costs the British exchequer and hence the taxpayer £2.5 billion. Each prisoner jailed for possession or growing cannabis costs the prison service on average £37,543 per year. The average wage of all of Britain’s citizens is £29,009. The police spend £212 million a year enforcing the law on cannabis and the Crown Prosecution Service and the courts spend another £47 million. Go figure, as they say in New York.

Legalising cannabis would free up the £2.5 billion for other social expenditure.

There is also the social cost of cannabis being illegal. Black people, though they form four per cent of Britain’s population, are 12 times more likely than whites to be convicted for a cannabis offence. The drug gangs of British cities claim hundreds of lives of mostly teenaged operators each year through knifings and shootings. Though cannabis is not the only drug these gangs murder each other for, legalising it would take away part of the incentive.

Though cannabis is called “dope” and marijuana in the US, giving it the conceit of European origin, in the Caribbean it’s still known as “ganja”, its Indian name as it was introduced to the islands by Indian indentured labour.

Just as potatoes originated in America, there is a convincing case for attributing the origins of cannabis sativa to the subcontinent. Perhaps it was, as the Indian history books which I was taught at school said, the “exhilarating soma, quaffed by the early Aryans”.