Opinion   Oped  03 Dec 2019  US, India need to work together on innovation for mutual prosperity
Opinion, Oped

US, India need to work together on innovation for mutual prosperity

Today, the relationship is extremely friendly, thus expanding the scope for stronger cooperation across the spectrum, including innovation. 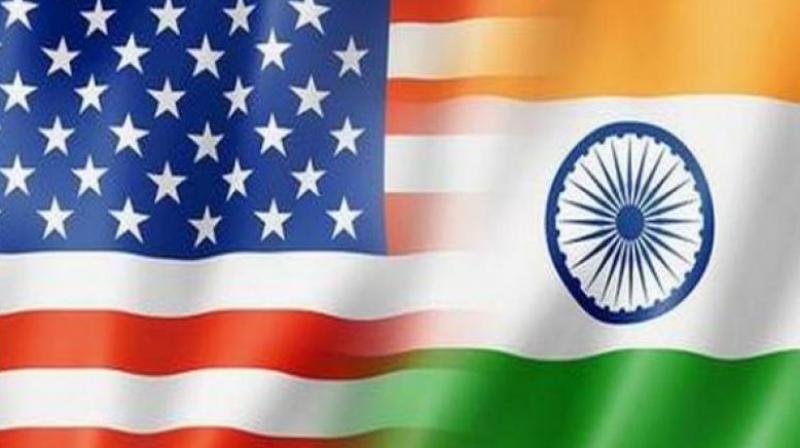 In addition, the deepening of the Indo-US partnership on bilateral as well as Indo-Pacific fronts is poised to transform all aspects of bilateral relations.

With the legacy of supporting the Green Revolution that transformed scarcities into abundance, the innovation potential of the United States can help address socio-economic disparities in India. The Green Revolution was fostered and funded by the US through the Ford Foundation in 1961. Nobel laureate Norman Borlaug was the American scientist behind a new wheat seed. This led to increase in foodgrains production, easing the challenges of feeding increasing populations and combating famine in India then. This happened in spite of an unfriendly relationship between the two countries at that time. Today, the relationship is extremely friendly, thus expanding the scope for stronger cooperation across the spectrum, including innovation.

Building innovation cooperation has been a prime focus of the bilateral partnership in some way or another. However, the full potential is yet to be realised. Bilateral initiatives that encourage innovation to play a greater role in steering socio-economic development in the two countries do exist. Government-to-government initiatives such as the Indo-US Science and Technology Forum (IUSSTF), the United States-India Science & Technology Endowment Fund (USISTEF) and Defence Technology and Trade Initiative (DTTI), among others, are testimonies to this fact. In addition, the deepening of the Indo-US partnership on bilateral as well as Indo-Pacific fronts is poised to transform all aspects of bilateral relations.

At the recent US-India Innovation Roundtable organised by CUTS International on October 30 in Washington, Harsh Vardhan Shringla, Indian ambassador to the US, underlined the significance of bilateral innovation cooperation to pursue win-win outcomes. “India — a young country brimming with talent and future entrepreneurs — is the ideal destination for US expertise and capital. The US is also the repository of cutting-edge technology that is highly relevant to what India requires for its economic growth and development”, said Mr Shringla.

Furthermore, developing an alliance between India and the US on digital and cyberspace issues is the need of the hour. The core objectives, among others, should aim at fostering innovation, development and defensive mechanisms, which includes a roadmap for artificial intelligence.

The announcement by the Indian Space Research Organisation (Isro) introducing the Indian regional navigation satellite system, NavIC, provides an opportunity to leapfrog in the technology sector. This original navigation system really has the potential for improvements in geolocation capabilities of mobile, automotive, Internet of Things, and all of that requires 5G.

In addition to retaining its position as the world’s third largest startup hub and with a growing number of tech startups, India is strategically poised to drive the next wave in technological advancement. Supporting the increasing number of tech start-ups, in cognisance of their role in providing direct and indirect jobs, including attracting foreign investments, is crucial in that sense. Recent policy interventions have ensured that progress is made in this direction. However, there is still work to be done in terms of sending a strong signal that investors are welcome, and to ensure that fiscal incentives are made more lucrative and in favour of startups while ensuring consistent supply of electricity and a relatively skilled workforce.

Also, for innovation-based transformation, the foremost requirement is not to underplay the role of institutional and policy innovations. The role of government is in fact central in that sense. The need for such kind of innovation makes more sense in the context of the Defence Offset Policy, 2016 of India. Due to complexity of regulations, the foreign suppliers and vendors fail to meet their offset obligations. This actually affects the intent and spirit envisaged in the first place.

In some instances, the regulatory environment was reported to have given rise to unbridled mobilisation of capital for non-productive purposes. To arrest such gaps, it is imperative for policymakers to keep creating space for multi-pronged, multi-sectoral and multi-stakeholder engagement. It will require the whole of government support both at the political and policy levels. Not only will this help decentralise the use and supply of government and private capital but also bolster the requisite technical and mentorship support to both defence and non-defence startups in India.

Last but not the least, issues involving intellectual property rights (IPR) between the US and India should be worked through carefully, without sacrificing our development interests. Some IPR may be perceived as public good but others may not. It will also require India to build awareness on IPR and innovation issues in the industry, particularly start-ups. From a standpoint that patents are crucial in bridging innovation gaps, the patenting process in India needs to be expedited from the existing period of 64 months to at least 30 months as against 24 months in the US.

Seemingly, the US may provide great help in addressing socio-economic issues facing India. The US government and private sector hold tremendous potential in mobilising capital, technical, skilling and knowledge support for the country.

On the part of India, it will remain vital to increase expenditure on research and development from the existing level of 0.7 per cent to at least 2 per cent of the GDP. The same in China is 2.1 per cent while in US it is 2.8 per cent.

It is therefore the time to explore deeper linkages and build on bilateral innovation cooperation in defence and aerospace, energy and environment, information and communication technology, emerging technologies and digital infrastructure, entrepreneurship and inclusive growth, infrastructure and manufacturing and healthcare among others. We must build on the momentum, collaborate more in favourable geo-economic circumstances, groundwork done and initiatives taken and come together to advance bilateral relations with a focus on innovation.