In defence of voiceless forests and wildlife

FRA is a law meant for recognising pre-existing forest rights only. 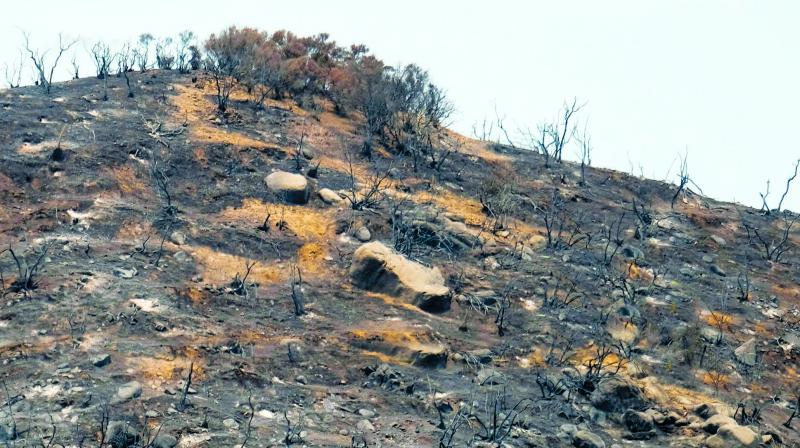 The mass denudation and degradation of India’s forests will not benefit anyone, including the communities that the FRA aims to protect. (Representational image)

There has been considerable outrage over the February 13 Supreme Court (SC) order which directs the state governments to evict lakhs of claimants of forest lands, whose claims have been rejected under the Scheduled Tribes and Other Traditional Forest Dwellers (Recognition of Forest Rights) Act, 2006 (FRA) by competent authorities.

Subsequently, on February 28, the SC temporarily stayed the action that was to be initiated against rejected claimants. The general perception was that the SC had ordered the eviction of legitimate claimants. On the contrary, the factual position is that the court was focusing only on the recovery of forestland from ineligible and bogus claimants whose claims have already been rejected.

The rejection of 11.91 lakh claims by states was based on due process prescribed under the FRA, with two levels of appeal to ensure natural justice. When this is seen in conjunction with the fact that gram sabhas themselves have rejected 14.77 lakh claims, as the September 2018 statement of the ministry of tribal affairs (MoTA) reveals, it becomes clear that there has indeed been a flood of ineligible and bogus claims. This is also backed by satellite imagery analysis by various independent institutions, which establishes vast, illegal encroachments of forestland after the prescribed cut-off date. However, this process will now be subjected to judicial review by the apex court.

FRA is a law meant for recognising pre-existing forest rights only. Thus, FRA is not a land grant or land distribution act. Only those people in actual occupation of forestland as on December 13, 2005, are eligible to get rights on forestlands as per the law. Further, those belonging to Other Traditional Forest Dwellers (OTFD), a nebulous category of people not defined in the Constitution, have to establish a continuous 75-year occupation for eligibility.

However, after the enactment of FRA in 2006, a total of 42 lakh claims over forestlands were filed, including within national parks and sanctuaries. An analysis of the official data presented by the MoTA reveals that more than 18 lakh titles have been granted, and a whopping 72,000 square kilometres of public forest land, almost the size of Assam, has been converted to individual and community ownership in bits and pieces across the country. When demographic changes inevitably follow and human populations double, all 'utopian' and 'harmonious' theories of sustainable co-existence are bound to collapse.

The position taken by the Supreme Court in its February 13 order is not an isolated one. In fact, it is consistent with the stand taken by two earlier benches of the SC, headed by different judges. This was reiterated during the February 28 hearing as well and the bench observed that encroaching forest land was a serious problem.

On January 29, 2016, a bench comprised of Justices Chelameswar, A.M. Sapre and Amitava Roy held that “If the claim is found to be not tenable by the competent authority, the result would be that the claimant is not entitled to the grant of any Patta or any other right under the act. Such a claimant is also either required to be evicted from the parcel of land or some other action is to be taken in accordance with the law”.

Subsequently, on March 7, 2018, a bench headed by Justice Madan Lokur had issued a direction to state governments to file affidavits indicating “action taken against those claimants whose claims have been rejected”.

Earlier, after the February 13 order, leaders of various political parties had asked the state governments ruled by their parties to file review petitions before the SC. But it is pertinent to note that the states were already represented before the Supreme Court and had even filed their affidavits disclosing rejection of claims.

The crucial point is that if bogus and ineligible claimants are not dealt with as per law, India’s natural forests will get wiped out in the coming decades. These are the same forests that protect our biodiversity, sustain our food security by providing water to marginal farmers for irrigation and mitigate the impact of climate change. The mass denudation and degradation of India’s forests will not benefit anyone, including the communities that the FRA aims to protect.

Another important point that is often missed is that, when the country is facing serious agrarian distress and farmers are committing suicide, how can tribal communities, with no farming experience, make a living from growing crops, that too, deep inside forests, with constant depredations by elephants, wild boar, deer and other animals? While welfare of tribal people is squarely the responsibility of the MoTA, which has spent thousands of crores of public money, the question that remains unanswered is why are they still languishing?

There is no dearth of financial resources necessary for meeting the livelihood needs of forest dwellers. However, huge amounts of money are being wasted on corruption-ridden afforestation and eco-development projects of the forest department and even larger sums are being splurged by tribal welfare schemes that fail to reach the intended beneficiaries.

While it is imperative that we redress injustices done to impoverished forest dwellers, it is vital that we do not perpetuate injustice to wildlife and forests, which have neither a voice nor a vote. We must not forget that wildlife colonised this planet much before the first human set foot. Today, India’s national parks and sanctuaries are the last refuges where endangered species have some degree of security. Rampant market-driven exploitation of forest products in these ecologically sensitive hotspots of biodiversity can adversely affect the delicate balance of nature.

In order to protect wildlife habitats, which occupy less than five per cent of India’s landscape, a salutary clause was included in the FRA, which provides for notifying them as Critical Wildlife Habitats, from where people can be resettled. Shockingly, even though over 72 lakh ha of forestland has been granted under the FRA since 2008, not one hectare of Critical Wildlife Habitat has been notified as yet.

Scientific studies have shown that most species of large wildlife decline and disappear when they have to compete with high-density human populations. Even in the vast forests of the Amazon, human-wildlife coexistence works only where traditional forest dwellers live at low densities, with no links to outside markets and use forest products only for their own sustenance.

In the Indian context, where forests have shrunk drastically and turned into tiny islands amidst a sea of humanity, it would be ecologically suicidal to hand out forestland to lakhs of people in the form of inalienable land grants that have repeatedly failed. Such a flawed policy has also led to severe fragmentation or breaking up of large forest blocks into small, vulnerable patches that pose a grave threat to biodiversity.

We, therefore, need to de-fragment nature and ensure that the interests of people are adequately taken care of outside the already fragmented and fragile habitats through radical innovation of policies.