Let’s unite to build the India of Bapu’s dreams

Today we mark the beginning of the 150th birth anniversary celebrations of our beloved Bapu. 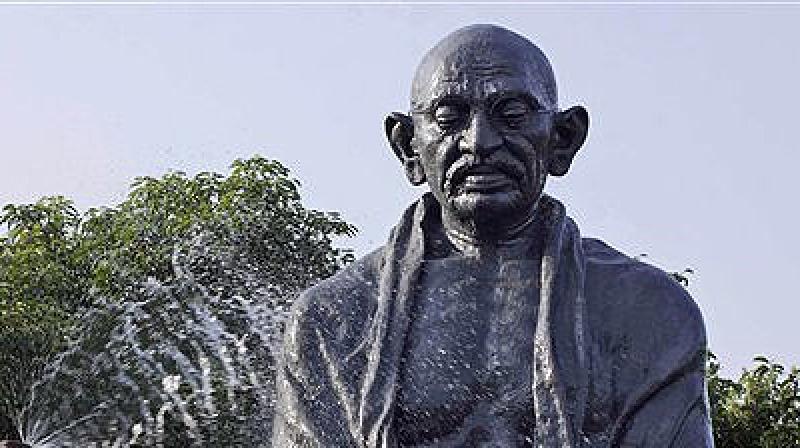 An overwhelming majority of Indians today did not have the good fortune of being a part of the freedom struggle. We could not die for the nation then, but now we must live for the nation and do everything possible to build India.

Today we mark the beginning of the 150th birth anniversary celebrations of our beloved Bapu. He remains a shining beacon of hope for millions of people across the world who seek a life of equality, dignity, inclusion and empowerment. The impact he left on human society has few parallels.

Mahatma Gandhi connected India, in letter and spirit, in thought and action. As Sardar Patel rightly said: “India is a land of diversity. There is no land with such diversity as ours. If there was one person who brought everyone together, made people rise above differences to fight colonialism and enhanced India’s stature on the world stage, it was Mahatma Gandhi. And he began to do this not in India but from South Africa itself. Bapu could see ahead and could understand the larger picture. He remained committed to his principles till his last breath.”

In the 21st century, the thoughts of Mahatma Gandhi remain as essential as they were in his time and offer solutions to several problems the world faces. In a world where terrorism, radicalisation, extremism and mindless hate are dividing nations as well as societies, Mahatma Gandhi’s clarion call of peace and Ahimsa have the power to unite humanity.

At a time when inequalities are not uncommon, Bapu’s emphasis on equal and inclusive growth can herald an era of prosperity for the millions on the margins.

In an era where climate change and environmental degradation have become central issues of discussion, the world can refer to the thoughts of Gandhiji. More than a century ago, in 1909, he differentiated between human wants and human greed. He urged both restraint and compassion while utilising natural resources and he himself led by example in doing this. He cleaned his own toilets, ensuring clean surroundings. He also ensured minimal wastage of water, and when he was in Ahmedabad, he took great care to ensure that unclean water did not merge with the Sabarmati.

Sometime back, a crisp, comprehensive and concise document penned by Mahatma Gandhi caught my attention. In 1941, Bapu wrote “Constructive Programme: Its meaning and place”, which he subsequently modified in 1945, when there was renewed fervour around the freedom movement. In that document, Bapu has talked about a wide range of topics — ranging from rural development, strengthening agriculture, enhancing sanitation, promoting khadi, empowerment of women, economic equality among other issues. I would urge my fellow Indians to have a look at Gandhiji’s “Constructive Programme” (it is widely available both online and offline) and make it a guiding light on how we can build the India of Bapu’s dreams. Many topics in the “Constructive Programme” are absolutely relevant today and the Government of India is fulfilling many of the points venerable Bapu raised seven decades ago but remain unfulfilled even today.

One of the most beautiful aspects of Gandhiji’s personality was that he made every Indian feel that he or she is working for India’s freedom. He instilled the spirit of self-belief that a teacher, lawyer, doctor, farmer, labourer, entrepreneur, in whatever they were doing, that they were contributing to India’s freedom struggle.

In the same light, today, let us embrace those aspects we think we can act upon that will fulfill Gandhiji’s vision. It can start with something as simple as ensuring zero waste of food to imbibing values of non-violence and togetherness.

Let us think about how our actions can contribute to a cleaner and greener environment for the future generations. Almost eight decades ago, when the threats of pollution were not as much, Mahatma Gandhi took to cycling. Those in Ahmedabad recall Gandhiji cycling from Gujarat Vidyapith to Sabarmati Ashram. In fact, I read that one of Gandhiji’s first protests in South Africa was against a set of laws that prevented people from cycling. Despite a prosperous legal career, Gandhiji would use the bicycle to travel in Johannesburg. It is said that when a plague hit Johannesburg, Gandhiji rushed to the worst-affected spot on a cycle and immersed himself in relief work. Can we emulate this same spirit today?

The festive season is here and people across India would be shopping for new clothes, gifts, food items and more. While doing so, remember the wise thoughts Gandhiji gave us in the form of his talisman. Let us think about how our actions can light the lamp of prosperity in the lives of our fellow Indians. By buying what they make, be it a khadi product, or a gift item or foodstuffs, we are helping our fellow Indians in pursuit of a better life. We may never have seen them or may not do so for the rest of our lives. However, Bapu would be proud of us that in our actions we are helping fellow Indians.

Over the last four years, 130 crore Indians have paid tribute to Mahatma Gandhi in the form of the Swachchh Bharat Mission. With the hardwork of each and every Indian, the Swachchh Bharat Mission, which completes four years today, has emerged as a vibrant mass movement with commendable outcomes. Over 85 million households now have access to toilets for the first time. Over 400 million Indians no longer have to defecate in the open. In a short span of four years, sanitation coverage is up from 39 per cent to 95 per cent. Twenty-one states, Union territories and 4.5 lakhs villages are now open defecation-free.

The Swachchh Bharat Mission is about dignity and a better future. It augurs well for crores of women that their troubles of having to hide their faces every morning while answering nature’s call in the open are history and for the children of India who were prone to several diseases due to lack of sanitation.

A few days ago, a Divyang brother from Rajasthan called me during the “Mann Ki Baat” programme. Not able to see from both eyes, he narrated how having his own toilet made an extremely positive difference in his life. There are several Divyang sisters and brothers like him who have been saved from the inconvenience of going to public open defecation spots. The blessings I received from him will remain etched in my memory.

An overwhelming majority of Indians today did not have the good fortune of being a part of the freedom struggle. We could not die for the nation then, but now we must live for the nation and do everything possible to build the India that our freedom fighters had envisioned.

Today we have a great opportunity to fulfill Bapu’s dream. We have covered substantial ground and I am confident we will cover a lot more in the times to come. One of Bapu’s favourite hymns, roughly translated, says “a good soul is one who feels the pain of others”. It was this spirit that made him live for others. Today we, the 1.3 billion people of India, are committed to working together to fulfil the dreams that Bapu saw for a country for which he gave his life.