Sad as it may seem, these images strikingly capture the essence of Easter and Christianity. 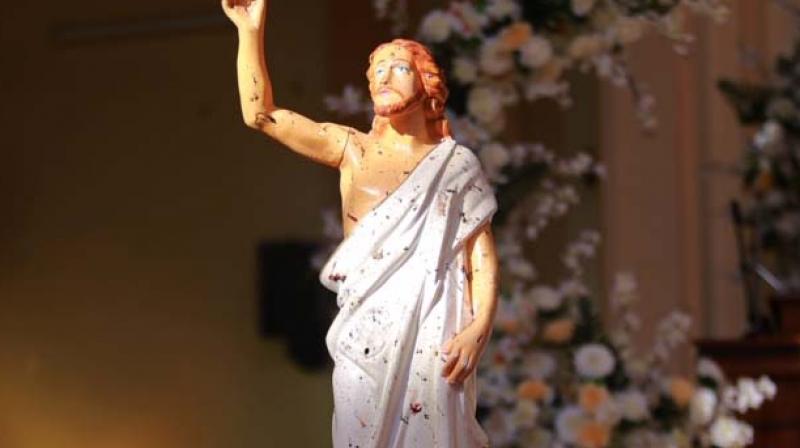 Though the cross of Christ is the most popular symbol of Christianity, it ironically signifies not tragedy but triumph, not death but new life.

In the past fortnight, two images have seared their imprint in the hearts of Christians and others worldwide: the gold cross, still shining, midst the burnt-rubble of the Notre-Dame cathedral, Paris, and the tall blood-splattered statue of the risen Christ, in the bomb-ruined St. Sebastian’s church in Negombo, Sri Lanka. Sad as it may seem, these images strikingly capture the essence of Easter and Christianity.

Easter commemorates an unprecedented event in history: the resurrection from the dead of Jesus Christ. Though the cross of Christ is the most popular symbol of Christianity, it ironically signifies not tragedy but triumph, not death but new life. Indeed, post-Easter, Christians reflect upon gospel narratives of the crucified-risen Jesus who appears to his disciples showing them the wounds of his passion.

Thomas — martyred in India and called “Apostle of India” — typifies the disbelieving disciple with his initial skepticism of Christ’s resurrection. He said: “Unless I see the marks of Jesus’ passion and put my finger into his pierced hands and side, I will not believe.” Later, when the risen Jesus appears to him and other disciples, he exclaims: “My Lord and my God!” in worshipful surrender. 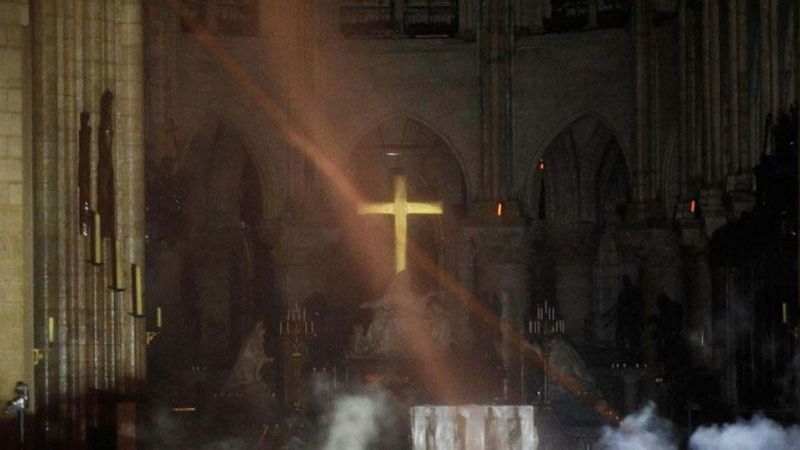 Saint Thomas and Jesus’ other apostles were so convinced that the crucified Jesus is, indeed, arisen and alive, that they all laid down their lives rather than deny the truth of his resurrection. Rather than establishing any church-building or Christian-institution, as such, Jesus’ prime teaching was: “Follow me!” Hence, long before the word “church” became widespread, the early Christian community was simply called “The Way”.

Anyone following “The Way” of Jesus must walk the pathway of love, service, peace, self-sacrifice, forgiveness and uphold the equality of everyone who is a child of God. The early Christians who earnestly strove to walk Jesus’ Way were ridiculed, threatened, persecuted, beheaded, crucified and killed. Thus, early Christian apologist Tertullian said: “The church is built on the blood of martyrs.”

The Christian community regards itself as the “Body of Christ” believing that it is to be “who” Jesus was and to emulate “what” Jesus did. This isn’t easy; yet Christian saints achieved a remarkable measure of Christ-likeness. For instance, Saint Sebastian (died 288 AD), was a fearless martyr who refused to deny Christ’s resurrection and denounce his Christian lifestyle. Roman Emperor Diocletian had him tied to a tree and shot at with arrows. He survived miraculously. Later, he was clubbed to death.

Saint Sebastian is patron of Negombo. His statue stands mute, a powerful witness to the bombing, bloodshed and death, reminding believers that what today is razed will be raised, not only in the afterlife but also here-and-now. Notre-Dame’s shining cross and the blood-splattered Christ at St. Sebastian’s proclaim: “Christ is risen!