The irony of UK’s integrative initiatives

The irony of integrative initiatives to encourage uniformity is that they, by definition, point to the differences. 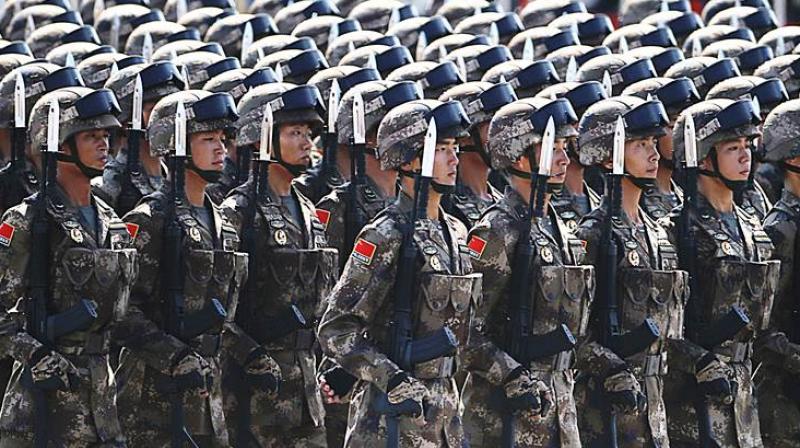 In Britain the first school in which the scheme for military training was initiated was Rockwood Academy in Saltley, Birmingham. (Photo: Representational Image/AP)

I dedicate the adaptation to the several British initiatives for integrating the UK’s immigrant population into the life and values of the mainstream “culture” — such as it is.

Integration is the lyric of the decent half of the nation, alienation, exclusion and even expatriation the obsession of the other.

The irony of integrative initiatives to encourage uniformity is that they, by definition, point to the differences.

There have been initiatives in the past to test immigrants on British historical facts, compelling them to mug up primers, much as part of the test to apply for a driving licence entails mugging up on road signs.

There are a myriad other initiatives, some of them under the umbrella injunction of the word “diversity” under which all institutions are meant to redress the balance of employment by recruiting ethnics, gay and lesbian, disabled and transgender persons. So it was written, so it’s being done.

One of the undertakings begun this autumn is a move by the ministry of defence to initiate, finance and support Military Cadet Corps in secondary schools. This will mean training in military disciplines, weaponry and “values” — which I suppose covers courage, leadership, (followership?), discipline and sacrifice.

I encountered this attempt to inculcate in my generation this military training when Prime Minister Nehru’s government, after the disaster of the 1962 Sino-Indian war, made it compulsory for all college students to join the National Cadet Corps (NCC). I enrolled in the Armoured Corps NCC Company of our college and witnessed military discipline when a fellow cadet fell off a horse and, instead of being helped up and examined for injuries, was shouted at by the riding-instructor sergeant who demanded “Kisney thoomko dismount kaha?” Discipline indeed.

In Britain the first school in which the scheme for military training was initiated was Rockwood Academy in Saltley, Birmingham. This school was started as an Islamic school and most of its pupils are Muslims from the immigrant community of Brum.

Rockwood, previously called Park View, is somewhat nationally notorious. In 2014 it was investigated after there were allegations of Islamist Salafi infiltration into the governing body, staff and curriculum of the school. The allegations were made against 23 Islamic schools and became known as the Trojan Horse scandal. The subsequent investigation into these allegations of indoctrination found a few of the schools, including Park View, may indeed have been the targets of such infiltration.

The defence ministry must have nominated Rockwood Academy after making 100 per cent sure that the Islamicisation, which justifies terrorism, was a thing of the past. The transmission of British values and integrative policies would not be served if even one of the students of Rockwood used his or her weapons training for purposes other than the loyal defence of Queen and country.

The other, perhaps more dangerous, integrative enterprise launched this month in the name of the Queen and the palace is the search for an “ethnic” poet laureate. I presume that to qualify, applicants or nominees have to be a British ethnic poet of black, Asian or Chinese origin. I don’t suppose the thousands of poets from the Asian subcontinent, Africa, Afro-America, China or the Caribbean qualify.

This has put me in somewhat of a dilemma. You see, gentle reader, ever since the announcement, all my followers on Facelift, Titter, Tender, Slapchat, Insultagram and on my Blag have petitioned me to nominate the poet popularly known as Bachchoo for this prestigious post. I can’t reveal how many of these followers I have on these antisocial sites as I am afraid some perfume or condom company will rope me in as an “influencer” to advertise their product by wearing a wig, very tight trousers and having myself photographed in various alluring poses.

My principles would be stretched to breaking if I undertook any such venture, as apart from occasionally wearing a t-shirt with the caption “BARKIS IS WILLIN’”, which is a clear advertisement for Charles Dickens’ book David Copperfield, I don’t believe — unlike some — in being the poster boy for capitalist enterprise.

The dilemma is I don’t want to submit Bachchoo’s entry for the ethnic poet laureate post, because like Banksy in the wall-painting world, Bachchoo’s identity has been kept a very close secret. I can’t even reveal if he is living or dead and from which century his verse, proverbs and aphorisms originate. All that is publicly known about him is that he was born in a place called Bachchoo ka Adda. Is or was he British? Do I have all the books he wrote? You see, I can pose the questions without answering them.

No doubt if I did enter him, he would sweep the opposition before him. That is not to say there aren’t worthy poets in Britain. The poet laureate traditionally composes verses in praise of royalty. I know of one black poet whose excellent poem went something like:

I forget the rest, but I assure you it was just as good. And owing to the possession of this distinct voice, the undergraduates of Trinity College, Cambridge nominated him in a publicly-held contest for poet in residence of that August institution. They gathered in the main quadrangle of the college while the senior members debated and selected the winner whose name the master of Trinity then announced. The gathered reporters asked him why it wasn’t the poet for whom the undergraduates were clamouring. His reply was: “We did consider him, but found his work of no discernible merit!”