Mystic Mantra: Our soul is immortal

By connecting with our soul, we will have answers to what awaits us beyond death. 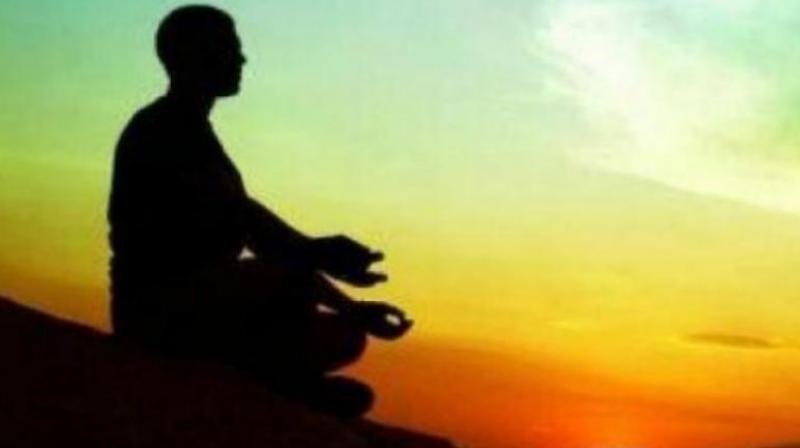 The world’s main religions all recognise the immortality of the soul. (Representional Image)

The soul is immortal; it knows no death. Yet many people fear death because they are not aware of their immortal nature. By connecting with our soul, we will have answers to what awaits us beyond death.

The world’s main religions all recognise the immortality of the soul. The descriptions in the scriptures of the soul’s journey after life differ from religion to religion, but one common thread runs throughout them: the soul survives the death of the physical body. These accounts of the soul’s immortality in almost all the religions of the world are not coincidental. There is a truth behind the revelations of all the saints, mystics, prophets and enlightened ones who have come through the ages. The question now is whether there is any evidence that can be confirmed today by modern science to validate the findings of the religious founders of the past.

A new field of study that has arisen since the 1970s seems to bear out some of the accounts left to us by the past saints and spiritual teacher. Dr Raymond Moody Jr. discovered that those patients who had clinically died but were brought back to life through the wonders of modern medicine all had a similar experience. Many of them reported finding themselves looking down at their body form a vantage point in the room such as the ceiling. They were able to watch the medical practitioners trying to bring them back to life, and they could hear conversations in the room. The subjects then found themselves being sucked through a dark tunnel, at the end of which was a bright light. Although the light was extremely bright, brighter than any they had ever seen on earth, it was not scorching; rather, it was a warm light, which they described as being filled with love. Many of them were met by being of light who enveloped them with love greater than they ever felt on earth. Following this, many went through a life review in which everything they had done in their life flashed before them. They could see not only the event, but could experience what they and the other people involved thought and felt. Thus, if they did something hurtful, they could feel the pain they caused the other person. If they did something loving, they could feel the happiness of the other person. As a result of this life review, most people underwent a transformation. They realised that when they crossed the borders to the afterlife, it did not matter how much money they earned, how much property they had owned, what position of power they had held, or whether they were famous or nor; what mattered was how loving they were to others. Love was the most important measure of the value of life; they were often changed. In many cases, they began to devote themselves to being a more loving, caring and kind person to those around them.

Over eight million people reported having a near-death experience, according to a 1982 Gallup poll. The startling number has caused many doctors and scientists to take notice. Dr Raymond Moody’s book, Life After Life, and Dr Melvin Morse’s work with the near-death experiences of children, have given public awareness to this phenomena.

Although the accounts of saints and those alive today who have had near-death experiences may give us hope and inspiration, they alone cannot provide proof to ourselves. They represent merely second-hand knowledge. The real proof comes when we experience our soul’s immortality for ourselves.

We need not experience the trauma of a near-death experience in order to find out what lies beyond; we can experience the soul’s immortal nature when we go within. We can learn how to do this by examining how the saints and mystics from all different religions conducted their inner journey. We can learn the technique of meditation they used and begin to practice it ourselves. Through meditation, a whole new world opens up for us. Meditation can help us experience our immortal soul and we can gain entry through a doorway that leads us to worlds of bliss, light and love within.