Give the interlocutor a chance

One would, nevertheless, have condoned or ignored Pakistani malevolence had the violence ceased today. 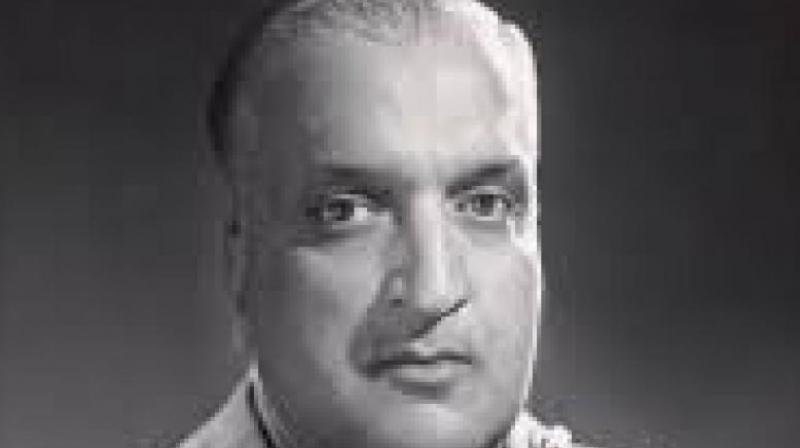 Seventy years ago on Sunday, October 26, 1947, the ruling Maharaja of sovereign “Jammu & Kashmir… tatha Tibbet”, Hari Singh, declared that: “I accede to the Dominion of India,” legally, vide Instrument of Accession Act 1947 and also vide the Constitution of the State of J&K 1939 (being empowered to do so).

Before proceeding on the issue, which though well-documented, a few points need recapitulation. First, “J&K… tatha Tibbet” accession is linked to/with all the 565 princely states which acceded to India or Pakistan, having left with no option to remain independent after the departure of the British and the consequential birth of two politically independent geographical areas headquartered in New Delhi and Karachi. It was mandatory. There was no option for any of these states of South Asia to do anything otherwise.

Hence, any movement for independence or autonomy, or the likes of a rebellion, revolt, violence or challenge pertaining to the accession of any of the 565 princely states at this point in time is fraught with grave consequences for all the 565 that acceded to India and Pakistan after the British departure from South Asia. Today, these two states and Bangladesh (formerly East Pakistan) constitute the successor states of South Asia.

Assuming without conceding, Maharaja Hari Singh, the ruler of “J&K… tatha Tibbet”, what could or would be the overall legal position, vis-à-vis international as well as municipal law, thereof today? They should learn lessons from law books. Their actions are simply void ab initio. For them, the Jhelum Valley is the core and not anything beyond it.

Second, it must be noted that as were the norms then, all the decisions of the princely states inevitably and invariably were those of the princes/rulers. To top it all, the Maharaja of “J&K… tatha Tibbet” had a legal document, Constitution, duly promulgated and effective Thursday, September 7, 1939, which empowered him vide Section 5 thus: “All powers, legislative, executive and judicial, in relation to the state and its government, are hereby declared to be and to have always been inherent in and possessed and retained by His Highness”. In simple words, the Constitution empowered the Maharaja as an “absolute monarch” and thus, all the powers related to the state were vested in him.

Therefore, for all those agitationists, separatists, pro-Pakistanis and heavyweight political leaders and players of all hues, even if one assumes that there were no Instrument of Accession to be signed (or which is unsigned) between the princely states and the independent/sovereign states of India and Pakistan post-August 15, 1947, as far as “J&K… tatha Tibbet” is concerned, the Maharaja’s decision to accede to India was correct, legal, bona fide, faultless and final, being a constitutionally empowered act made on October 26, 1947, when he acceded to India, like more than 540 other princely states.

Legal, bona fide and constitutional accession notwithstanding, the congenital defective psyche of West Pakistan understandably began life with confrontation which stands pivot even today. Though J&K is an internal matter owing to it being an integral part of India, faulty polity of the past per force made West Pakistan the legacy de facto participant therein.

One would, nevertheless, have condoned or ignored Pakistani malevolence had the violence ceased today. That regrettably never happened. Bloodshed became the norm owing to the “two-nation” philosophy and the reality of Pakistan outflanking 1947-India in the west and east. There is, therefore, no doubt that what the present Delhi establishment is facing and dealing with, is not its creation. It is the baggage of history, which Delhi is carrying, and which is becoming heavier by the day, owing to the quantum jump of actors and factors; external, internal and extraneous.

The bottomline is simple. The Central government has to put a stop to the organised violence and try to bring people of all shades on one table. The question arises: How does one do it? Or redo and recalibrate? Conventional wisdom suggests that as it is a political issue, political actor(s) should address it. It is understandable but after having followed the long, familiar political path, should the government not try the unconventional non-political route now? A polity and policy that was high on cacophony and low on symphony has already complicated the cauldron resulting in confusion, contradiction and confrontation!

The word “K” has always flummoxed the Indian polity, thanks to the diverse and varied interest groups operating in multidimensional directions. Hence, the rank outsider (West Pakistan) wants the pot to boil at a temperature, which will keep burning and bruising India.

Regrettably, terror groups are constantly being fed and financed to ignite fire. Add to this, the “powerless” political actors, smarting to recover their lost chair, the non-political (yet “interested”) support groups of different political parties, the group, which wants “azaadi” (freedom from India) and the property developers who flourish around conflict zones.

However, there also are people who are losing their business and property, life, liberty, land, lad and lass. It is the non-political crowd comprising students, broken/bereaved families and genuine peace-seekers that constitute the bulk.

It is here that the interlocutor’s challenge begins. It does not matter whether the interlocutor is a seasoned politician or not. It is not axiomatic or necessary that only a politician could/would be the repository of all worldly wisdom.

Another criticism has cropped up: “Why now?” What is the efficacy or wisdom? As a non-partisan observer, I find this question harsh and hostile. Is it fair to cast doubt without seeing his actions and movement? Interlocutors were appointed for J&K in the past too. These include K.C. Pant (2001), N.N. Vohra (2003) and M.M. Ansari (2010). The present initiative is not the first; nor will it be the last.

Appointing an interlocutor for J&K is an extension and continuation of the carrot and stick policy — the carrot to take on board the interest of/for every Indian in J&K and the stick for every anti-Indian activity that disrupts life. One thing is for sure; J&K is a perennial test-case for/of Indian state survival — the very idea of India as a “union of states”. Hence, no government in Delhi, irrespective of its political or ideological colour, can afford to be seen either lenient or uncompromising. It has to be a judicious mix of the two. Seen in this light, the just-appointed interlocutor does deserve a chance to start the assigned task. Political play and counterplay could be given some respite as of/for now.