Religion is sacred, recipes are not

The term “jerk” doesn’t mean that the curried victim — pig or chicken — was executed by snapping its neck. 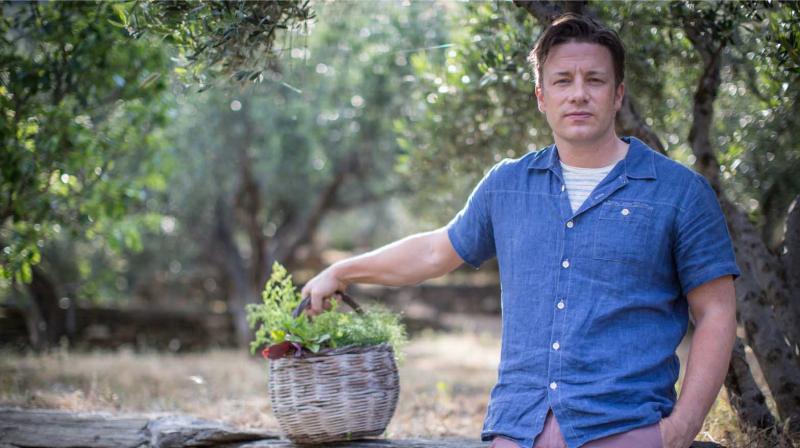 “The peacock took advice from the crow
Who said ‘High-flyer, there’s something you ought to know:
We scavenger birds, though dark of feather
Are plucky and made for fortune’s weather.
Your fanned-out feathers have made you slow
Your designer plumage is a passing show…’”
From Ugly Pagli by Bachchoo

A famous chef called Jamie Oliver has got himself into a bit of a stew. He has in past years championed a welcome change in the diet of school meals, designing economical but nourishing menus, which school kitchens, paid for by the state, can adopt.

He’s the proud owner of several restaurants and appears on TV, cooking for admirers and critics alike. Last week he launched a dish he calls “jerk rice”. One wouldn’t think that naming a dish would bring forth the sort of fatwa that Salman Rushdie had to endure for writing a book, which was, some people thought, sacrilegious or blasphemous.

Religion is, by definition, sacred. Recipes are not, though I have occasionally thought that dhansak ought to be nominated for some holy status, if not quite afforded the accolade of sainthood.

I have heard of people objecting to a pet dog being called a long multi-worded name including the name of a prophet. I can see why that would offend some people though I don’t know if Hindus would object to a dog or cat being called Vishnu. Oh dear! One must be very careful these days.

Jamie’s got in a pickle by dubbing his dish jerk rice. Various Caribbean cry-babies objected, calling his new dish “cultural appropriation” because the word “jerk” is traditionally used to adjectivally describe pork or chicken or some other meat turned into a spicy Caribbean curry.

The term “jerk” doesn’t mean that the curried victim — pig or chicken — was executed by snapping its neck. It was the word used for preserving such meat to make it last by covering it in spices thus preventing its rapid deterioration.

These people who took offence, presumably to project themselves into temporary notoriety as spokespersons for an imagined cultural purity, pointed out that rice couldn’t be “jerk” as it wasn’t meat. They said it was arrogant of Jamie to use this term as it originally carries the connotation of the struggle of their slave ancestors against the poverty which necessitated the preservation of meats. In other words, they accused him of historical and cultural insensitivity, plagiarism and even of inappropriate use of language.

Now, in my short and happy life, I have been told, firstly by my late mother, never to keep rice overnight. She said it gets poisonous through some form of deterioration. Now if Jamie has found a “jerk” formula to preserve rice overnight, I think he has not only used the term appropriately but done the world, the hungry and those who can’t judge how much rice to cook for a meal, a great service.

This disapproval of “cultural expropriation” is a very contemporary, probably an American campus conceit. It’s a shortsighted invention of ignorant people who have nothing useful to say. In the case of jerk pork or jerk chicken, which I have eaten in London and in Jamaica, I get a distinct taste of Indian spices in the curried dish. I have never thought it appropriate to abuse the chef or the institution that served this dish of “expropriating” my Indian culture.

That being said, there are often reasons for objecting to the designation of particular dishes. When I first arrived in Britain on a scholarship, my budget didn’t stretch to eating in restaurants. When I was able to afford this luxury and frequented places called “Star of India” and the like, run exclusively by Bangladeshi proprietors with Bangladeshi chefs, I tried sampling the “dhansak” which the menus boasted. To say the least, it wasn’t like granny used to make it. In fact, it was a travesty of cultural expropriation.

Now, gentle readers, a quiz question arising from this discussion:

What is the relationship between masala dosa and Sir Walter Raleigh?

Ah, you say “if you make a big enough dosa you can spread it over a puddle for Queen Elizabeth to cross without getting her feet wet”?

The real answer is: Sir Walter first brought the potato, which native Americans used to cultivate and eat, to Europe — and from there it was brought to India. It is now not only the tasty ingredient of the South Indian speciality, it sells as “batata” (Marathi pronunciation!) vada on the streets of Mumbai and as aloo-utter-and-mutter in North India.

I have never heard a peep out of the Native American people about the cultural expropriation or appropriation of their staple root vegetable.

And the next question: What is the relationship between Vasco da Gama and Pork Vindaloo? Ok, Ok, you got it! Green chilies came from South America via the Portuguese. Have we heard the Inca and the Maya complaining and posing as injured cultural purists?

The truth is that culture is, and always has been, a bastard. Universally! Did Nehru, Gandhi and Ambedkar culturally expropriate parliamentary democracy? Or has the Indian body politic adopted and adapted it and turned the Westminster model into its own quarrelsome or servile institution?

I’ve made the point! Those Jamaicans and ahistorical boobies who object to Jamie’s adaptation should consider where the word “ganja” and the plant it names come from. If they rightly conclude that it was culturally appropriated from India’s sunny clime, they should bloody well stop smoking it!

And so back to dhansak. That is one cultural appropriation by Bangladeshis and others which I can’t endure. I am alerting the Zoroastrian Liberation Front (vice-presidents Alexander Waugh, the acclaimed writer and Mukul Ahmed, the theatre director) and asking them to militantly issue a certification of authenticity to every public supplier who uses the dhansak designation. It should, I plead, be enforced through a draconian fatwa to shiver their timbers (apologies to long John Silver).