DRDO gets a new chief

The UP IAS Association had also raised a strong objection on government adopting such practice against their cadre in contravention of the DoPT rules. 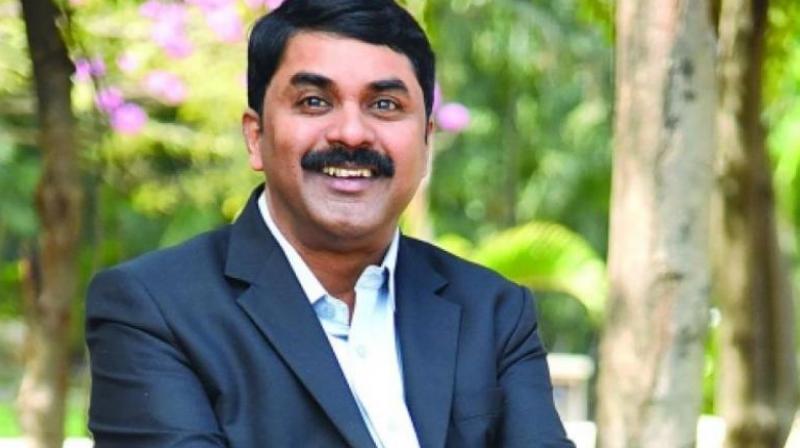 Satheesh Reddy is the Scientific Adviser to the Defence Minister. (Photo: File)

The government ended the three-month-long suspense by appointing G. Satheesh Reddy, scientific adviser to the defence minister, as the secretary, Department of Defence Research and Development and chairman of DRDO. Mr Reddy replaces Selvin Christopher who retired in the last week of May. His appointment is for a period of two years.

Though defence secretary Sanjay Mitra, a 1982-batch IAS officer of West Bengal cadre, held additional charge of the post, the delay in naming Mr Christopher’s successor set off intense lobbying by various claimants of the post. Reportedly, the government was very close to appointing a new chief when Mr Christopher’s term was about to end, but at the very last moment, there was a “negative intelligence report” on the one who had been shortlisted and the whole process was abandoned. Then there were other controversies, including changes of “poisoning” and more allegations!

For a while, it was rumoured that the DG of electronics and communication systems vertical at DRDO, J. Manjula, was the frontrunner for the post of DRDO chief. She was believed to have the backing of defence minister Nirmala Sitharaman, though considered junior to several other scientists at DRDO.

IAS losing turf
The “heaven-born” are slowly but surely losing their haloes. If there’s one discernible trend in the Narendra Modi sarkar, it is the entry of other all-India cadre services into what was considered unbreachable IAS turf. Over the past few years, positions at the joint secretary or equivalent positions have been given to officers from the Indian Forest Service (IFS), Indian Revenue Service (IRS), and now, increasingly, the Indian Police Service (IPS).

In fact, if the newly-empanelled IPS officers actually get posted in various Union ministries and departments, many sarkari departments will now be headed by police officers. In the last couple of days, as many as 31 IPS officers, mainly from the 1995 and 1996 batches, were empanelled as Union joint secretary or JS-equivalent.

If there are protests from the IAS cadre about losing their turf, we certainly haven’t heard of it.

Yogi’s diktat irks babus
About 16 lakh government employees in Uttar Pradesh are agitated over a new diktat of the Yogi Adityanath government to hold a screening of employees aged 50 years and above to force non-performing staff to take VRS.

Chief minister Yogi has issued directives to chief secretary Anoop Chandra Pandey and concerned departments to complete the screening test process by July 31 and submit the list of those who failed to clear by August first week.

Those who fail to clear the screening test will be asked to take an early retirement or the VRS. The screening test is mandatory for all government employees who have crossed the age of 50 years.

Earlier, the CM had ordered for a similar exercise last year in May-June to screen IAS/IPS officers having crossed 50 years of age. The exercise was aimed at giving VRS to those who were found to be corrupt or non-performing. However, none of them was forced to retire despite a list being submitted to the government. The UP IAS Association had also raised a strong objection on government adopting such practice against their cadre in contravention of the DoPT rules.