Darul Qaza row: A storm in a teacup

Despite this, the judgment is quoted totally out of contest to buttress the arguments of those opposing the Darul Qaza. 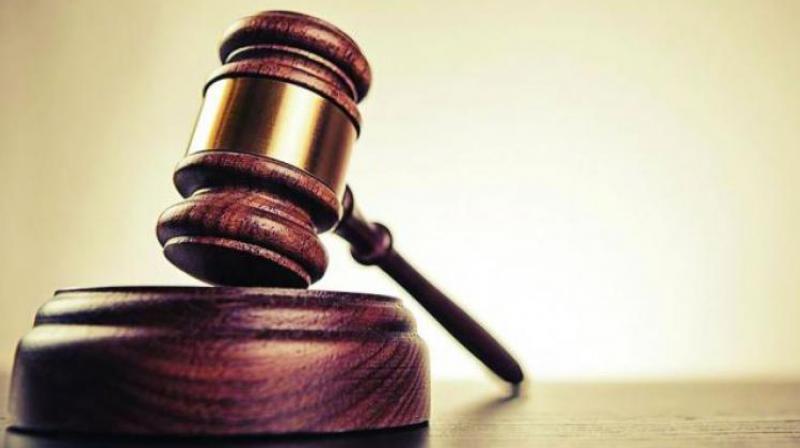 Sylvia Vatuk says that Darul Qazas follow a procedure similar to a civil court of receiving applications in writing, giving notice to the other side, recording evidence of parties and their witnesses and pronounce the verdict as per Quranic principles.(Representational image)

Television channels had a field day following the announcement by the secretary of the All-India Muslim Personal Law Board (AIMPLB) regarding setting up of Darul Qazas in every district, with not just the BJP and RSS, but even some Congress members criticising the announcement as an attempt to set up a parallel judicial system. Headlines in some right-wing newspapers blared: “India rejects Shariah brutality and injustice through kangaroo courts like Darul Qaza”. The shrill voices condemning this move by the board did not come as a surprise since we are living in an era where everything concerning the Muslim community turns controversial, and all debates get polarised.

But I kept wondering whether any of those shouting hoarse are familiar with what goes on in a Darul Qaza. To strike home their point, some referred to a fatwa obtained by a journalist in the Imrana case in 2005 from Darul Uloom Deoband (Islamic seminary), stating that Imrana is forbidden to live with her husband.

No one had bothered to comment on the agency of the 28-year-old woman who had dared to file a case against her own father-in-law for raping her, and had followed the case systematically and had secured conviction. I don’t know of any parallel among the Hindu community, where a sexually abused daughter-in-law had ventured into a similar process. Further, Imrana was not rattled by the fatwa and had continued to live with her husband in her native village. The fatwa was neither sought by her nor was she bound by it. There seems to be a deliberate amnesia regarding this crucial fact regarding a Muslim woman’s agency in the entire debate.

Yet another stranger, Vishwa Lochan Madan, a Delhi-based lawyer, carried the controversy forward by filing a PIL with a plea to ban all Sharia courts as they are unjust to women. In its 2014 verdict, the Supreme Court had refrained from doing so, but had issued certain directions regarding the issuance of fatwas. The court clarified that fatwas are not verdicts but merely opinions, and that no one was bound by them, but the fatwa-giving authority should refrain from issuing fatwas of a generic nature. Further, referring to the manner in which a total stranger had sought a fatwa in the Imrana case to fuel controversy, had issued guidelines that only a person who is directly affected can seek a fatwa.

Despite this, the judgment is quoted totally out of contest to buttress the arguments of those opposing the Darul Qaza. Some Islamic scholars have clarified that the fatwa-issuing authority — Darul Ifta — is different from a Darul Qaza, which are mediation centres to resolve civil, primarily family, disputes.

But op-eds and talk shows projected matters as though the aim of this move was to undermine the impact of the constitutional bench ruling in the Shayara Bano case, which had declared triple talaq invalid last August. Perhaps it needs to be mentioned that Imarat-e-Sharia in Patna, which has a well-oiled alternate dispute resolution (ADR) mechanism, was set up in 1920 and has a broad network of Darul Qazas across many north Indian states. At that time, there was no controversy around setting up of this institution. But then it was not an era of demonising Islam.

It is interesting to see who uses these ADR mechanisms. Those who have attacked the board’s decision have not commented on this crucial question. A recent study (2017) titled, “Women’s Access to Justice in Darul Qaza” by Nalsar Law University, Hyderabad, stated that 75 of 150 Darul Qazas had responded to their questionnaire. Of these, 12 Darul Qazas mentioned that 90 per cent or more of those who approach them are women, 20 stated that 80 per cent are women and 26 stated that 70 per cent are women.

An earlier study by an American anthropologist, Sylvia Vatuk, who had studied cases involving Muslim women filed in the family court in Chennai and in two Darul Qazas in Hyderabad also confirmed that more women approach the Darul Qaza for dissolving their marriage than men. This research was conducted between 1999 and 2001.

After going through the case records in both these spaces, she concludes that Darul Qazas follow a procedure similar to a civil court of receiving applications in writing, giving notice to the other side, recording evidence of parties and their witnesses and pronounce the verdict as per Quranic principles. However, the entire process is much faster and cheaper than a civil court. Women preferred a khula (a process initiated by the wife under Islamic law) in a Darul Qaza rather than filing a petition in a family court under the Dissolution of Muslim Marriages Act.

A more recent study by sociologists from IIT Kanpur, Anindita Chakrabarty and Suchandra Ghosh, published in the Economic and Political Weekly (EPW) in December 2017 (“Judicial Reform vs Adjudication of Personal Laws”) also came out with a similar finding that 95 of the 100 cases they had studied in the Darul Qaza in a Muslim ghetto in Kanpur were brought by women who waned either maintenance and, if that was not possible, a dissolution of marriage either through khula or fasq (judicial divorce where consent of husband is not required). The scholars in both cases had interviewed women and none of them had stated that the procedures or verdicts were gender unjust.

My own preliminary enquiry conducted in six Darul Qazas in and around Mumbai also confirms this. All of them are not affiliated to the AIMPLB, in fact, the board does not have a monopoly over setting up of Darul Qazas. The most popular among them, Mahkama-e-Shareiyyah (where five muftis preside), has nothing to do with the board.

Three Darul Qazas mentioned that over 95 per cent of the cases are brought by women, two said that 80 per cent of their cases are of women and one said that around 70 per cent are brought by women. This Darul Qaza also takes up property disputes, disputes between brothers and between neighbours, while the others take up only matrimonial disputes. Hence the difference in percentages.

But the muftis emphasised that they take up cases of husbands only when he approaches them for reconciliation in the event of desertion by the wife. Preliminary efforts are made to reconcile the marriage as per the Quranic mandate. The marriage is dissolved only when differences cannot be reconciled.

The family courts follow a similar procedure, except that it comes with a hefty price tag. While Darul Qazas charge `2,000 and waive the amount if the woman is poor, the lawyer’s fee runs into thousands or even lakhs of rupees, depending upon the status of the parties and the reputation of the lawyer. There is no ceiling here. The legal aid is virtually non-functioning and most women facing domestic violence do not trust legal aid lawyers due to the fear of collusion.

The mufti at the Darul Qaza at Nagpada, Mumbai, which is affiliated to the board and was set up in 2013, stated that only in two cases out of 850, the verdicts were challenged in court, in both cases by husbands. Another mufti mentioned that when a wife of an affluent businessman approached him and he had sent a notice to the husband, he promptly filed a case against the wife for restitution of conjugal rights (RCR) in the family court and threatened the mufti with criminal consequences.

What will be the outcome of this case filed in the family court since a decree of RCR cannot be executed even if obtained after several years of contested litigation? And who will gain through this litigation, except the lawyers appearing for both sides? Worded differently, who will gain if Darul Qazas are banned?

But more importantly, who will suffer? When one visits the Darul Qaza situated above a dilapidated mosque in a cramped Muslim ghetto in Govandi, in the central suburbs of Mumbai, the abject poverty of the community is palpable.

While I can understand the protests by the Hindutva brigade, whose primary aim is to demonise Islam, I fail to grasp why a group which calls itself “Muslims for Secular Democracy” jumped on to this bandwagon. Theirs seems to be a case of “running with the hare and hunting with the hounds”.