The story of India and its lynch mobs

The regularity and frequency with which these killings happen is itself a story. 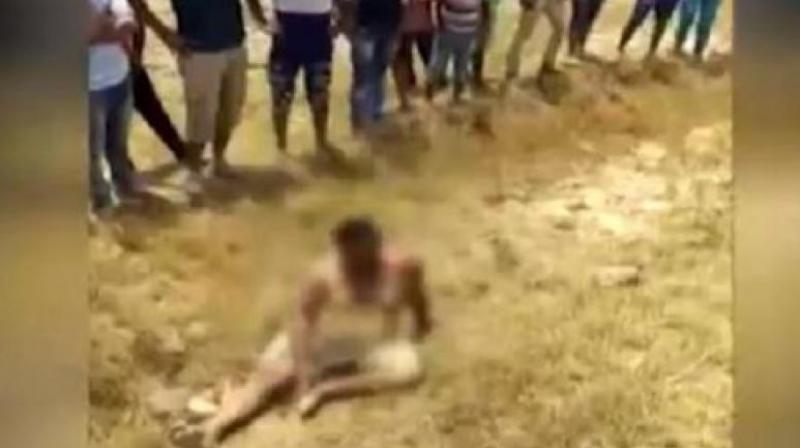 Newspapers have been around in India for over two centuries, but if we were to have opened one from 1780, many stories would be similar.

An Indian father somewhere would have killed his daughter for falling in love (an act we call “honour killing”). We expect that modernity and urbanisation would end this sort of primitive reaction, but in many ways Indians seem unchanged and honour killings happen regularly in 2018.

Another thing that we seem to be unable to leave behind as a modern society is the lynching. The dictionary defines this as to kill someone for an alleged offence without a legal trial. For me it is not easy to understand how a group of people, many of whom don’t know each other, find it easy to get together and act in concert to kill someone they don’t know.

This week came the incredible news that a man sent by the Tripura government to stop lynchings was himself lynched by villagers. This man, Sukanta Chakrabarty, had been travelling from village to village, dispelling rumours about child-lifters appearing on social media. He was speaking through a loudspeaker asking people not to get swayed by rumours. He was beaten to death and two men with him were assaulted.

I did not even know of this event till I read it in a foreign newspaper. This was because in our media, particularly the national TV channels, lynching is no longer a big story.

The newsroom processes information in a particular way and stories that come too frequently are demoted because they are no longer “news”. This has happened to lynching, which has slowly moved away from the front pages and night-time debates. This does not mean that the violence has gone. If anything it seems to have increased.

In just the last month, 14 Indians have been killed in lynchings, two people each in Assam, Andhra Pradesh, Tripura, Maharashtra, West Bengal, Telangana and one each in Gujarat and Karnataka.

These are just the recorded fatalities. I assure you there will be others that the police will have covered up, using their many tricks. Odisha alone in the last 30 days has had 15 registered assaults on 28 people.

Foreigners are horrified by what they read is happening in our country. To them it is not easy to understand why such things continue to happen in 2018. We do not seem to be concerned enough to act. There is no Mann ki Baat on lynching and no front page advertisements against such violence and what damage it does to our society and our nation.

If the government is at all concerned about it, the only angle is that it not be given prominence.

A publication that was recording the number of incidents of such hate crimes was instructed by the government to stop, and it did.

The defenders of the government say that this is a law and order problem and a state subject. Both these things are true. But there is a role that all of us have here if we ask ourselves what a lynching is and why it happens.

The reasons why episodes of mass public violence happen so frequently in India are three.

First, because of the structure of our society and religion, we have group identity. We recognise the stereotype characteristics of communities — the wise brahmin, the violent butcher, the stupid barber and so on. We do not recognise the individual and the fact that no two of us are alike.

This makes it easier for the mob because little information is needed about the accused other than his community identity before anger is built up and violence breaks out against him.

Second, this violence is difficult to contain because in India the government is small and it is weak. It has all the weaknesses of our society and it is further burdened by not having adequate resource. Almost no act of mob violence is ultimately punished in court.

Even where the state is present, it is unable or unwilling to challenge the mob. To look at only the latest examples, a man, Zahir Khan, was lynched despite seeking refuge in a paramilitary camp.

Third, often the state and the individuals who control it are participants in the violence. The knowledge that the rule of law is weak and that this will lead to murder does not stop leaders from pushing laws that promote it, like the beef ban.

If lynchings are happening frequently in India, it is the responsibility of those who lead the country to try and end them, not promote them.

The foreign newspaper I saw the lynching report in, the Guardian, struggled to make sense of what was happening. It reported that “videos such as a Pakistani safety video showing a child being kidnapped by two men on a motorbike are often passed off as real incidents along with text messages that urge parents to be on high alert, fuelling mass hysteria in response to the hoax warnings.”

It added: “The rash of attacks — usually targeting outsiders — has left the authorities scrambling to mount an effective response, with awareness campaigns and alerts to the public having a limited effect.”

Tripura banned Internet for the entire state as a response to the lynching. To me this is astonishing and shows the government thinks that the way to stop public murders is through stopping WhatsApp.

The regularity and frequency with which these killings happen is itself a story. But it doesn’t seem to concern us too much as a people and that says many things about us. What we call the mob is often actually just Indian society.