Modi has taken an important step towards administrative reforms and building implementation capacity. 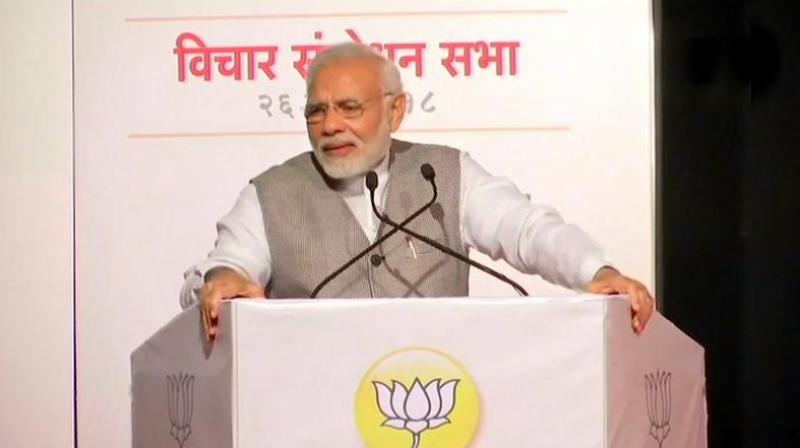 If there is one area of governance in which Prime Minister Narendra Modi has been most effective, it is the bureaucracy. While some see streaks of authoritarianism in Mr Modi’s approach, bureaucracy in India has been shaken from its long slumber. His work culture clearly is about direct access, simplifying procedures and eliminating delays in decision-making and implementation. He expects babus to think creatively and take risks to overcome administrative paralysis. With less than a year left of his tenure and facing a growing anti-incumbency, Mr Modi knows that he can face the hustings only if he can showcase the pro-people work of his sarkar. He is keenly aware that electoral promises can become reality only with the active participation of babus.

Enter the central prabhari officer or CPO, an innovation in true Modi style, and which the PM is relying on to deliver the goods to the nation and help in his re-election. The CPO is the “secret weapon” — senior Delhi officials who have been given the task of developing some 115 districts identified by the PM as “most backward and backward in different manners”. For the programme to touch every part of the country, there is at least one district in every state, the 35 Naxal-affected districts, besides the usual suspects.

The districts were chosen on the basis of data from the socio-economic caste census deprivation, nutrition and health indices, education, access to drinking water, toilets and electrification. Unsurprisingly, the largest concentration of districts is in states which have historically under-performed such as UP and Bihar, or which are facing left-wing extremism such as Jharkhand and Chhattisgarh. Deliberately, the districts have been described as aspirational rather than backward so that they are viewed as islands of opportunity and hope rather than areas of distress and hopelessness. Each CPO has been allotted a state to oversee the implementation of Mr Modi’s Central programmes and schemes. This district-level intervention is Modi sarkar’s strategy to implement data-driven reforms in consonance with the PM’s vision of a “New India” by 2022.

It is certainly helpful that nearly two-thirds of the nation is ruled by the BJP and its allies, and it is here that the CPO plan has been received most happily. On the other hand, states like Odisha and West Bengal are not participating in the Centre’s plan. An interesting aspect of this innovation is that it has been laid over the existing administrative structure without too much disruption in terms of hierarchies and pecking orders. Each district will have an additional or joint secretary-rank babu of the same state cadre acting as a bridge between the Centre and state administrations. Of course, for the designated CPOs this is an “additional charge”.

Obviously, the success of the programme will depend on the three tiers of government, the Centre, states and district administrations, to working in perfect tandem. And that is the challenge. Mr Modi has taken an important step towards administrative reforms and building implementation capacity. The pressure is clearly on the CPO babus to perform. We hope to see the results of their efforts soon.