This unique journey is the process of one’s own transformation through meditation — and then celebration — coming back to the world. 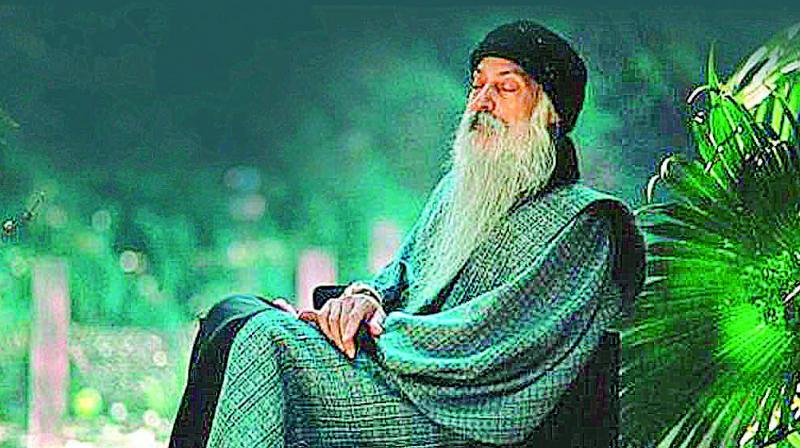 Zen is the purest form of meditation — better to use the original Sanskrit word, dhyana. When Gautama Buddha started teaching meditation, he used the Pali language word, jhana. Many centuries later, Bodhidharma, an enlightened mystic travelled to China, and jhana became chan. Later, when chan reached Japan, it became Zen. Often the people of different countries pronounce the same word differently in their local language. Since the last century, Zen has become very famous all over the world, but it is the same Sanskrit word, dhyana, though Zen is the distilled form of it. Dhyana in India got corrupted, but in Japan it went through a total transformation. The whole credit goes to the long tradition of Zen Masters. In hundreds of his discourses, Osho spoke on such wonderful Zen Masters and their unique contributions. In one of his books, Notes of a Mad Man, Osho talks about this journey of transformation — and also in his book titled: The Search.

Osho says: There is an ancient story, the famous Zen story, The Ten Bulls of Zen. It is a pictorial story with ten picture cards, each card containing a phase of man and his evolution. The original pack consisted of only nine cards; and the tenth was added by a madman like me. Everybody opposed him and everybody denounced him. He had to leave his country. He added the tenth picture, and the tenth picture is the most beautiful, the very culmination — the culmination of culmination itself.

In the first picture, the bull is lost and the owner is searching for it. In the second, he is looking everywhere and he cannot find it. In the third, far, far away he can infer: “Perhaps that is my bull.” In the fourth, he has actually seen the bull — not the whole bull but just its tail. In the fifth, he has seen the whole bull. In the sixth, he has caught hold of the bull by its tail. In the seventh the man has learned a lesson; he is holding the bull by the horns. In the eighth, he is riding on the bull. In the ninth, they have arrived home. The ninth has no picture, neither the bull nor its owner. That was the old pack. A madman like me added the tenth to those nine cards. In the tenth the man is seen in the marketplace — not only seen but with a bottle of wine. Now, no Buddhist can forgive it! Nobody thinking himself religious can forgive it!

Osho adds: That madman was thrown out of his country, but miraculously the tenth card has remained. Whatsoever is done by men like me… you may throw them out, you may kill them, you may crucify them, but what they do remains. You cannot destroy it. The man — nobody even knows his name, they even erased his name from the books; nobody knows who he was, but he has done a tremendous service to humanity.

This unique journey is the process of one’s own transformation through meditation — and then celebration — coming back to the world.