In spite of all the knowledge we have of the link between industrially processed junk food and disease. 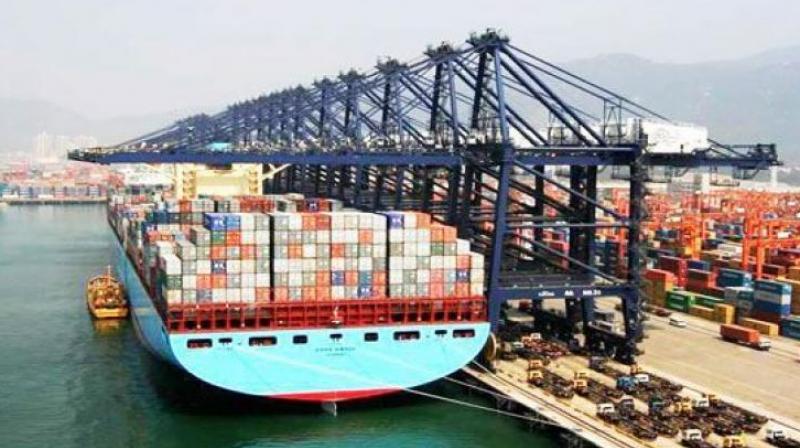 Freedom” has become such a contested term. When we, as people, use freedom we refer to people’s freedom to live, earn livelihood, to have access to vital resources like food, water, seed, land, health, education, knowledge, work, creativity, communication, etc.

Large corporations define freedom as “free trade”, which is corporate globalisation. The freedom of corporations and their masked owners is misused to destroy the Earth’s ecological fabric — the fabric of people’s economies and societies. “Free trade” rules are written by corporations to enlarge their freedom to commodify and privatise the last inch of land, the last drop of water, the last seed, the last serving of food, the last byte of information, the last bit of data, knowledge and imagination. In the process, they must destroy the freedom of the earth and the earth family, the freedom of people, their cultures and democracies, by enclosing the commons, commodifying and privatising every aspect of life.

Free trade is doublespeak. It is about an end to truly free trade between independent producers exchanging and selling goods at fair and just prices.

International trade is not an invention of the West, as is often said. In fact, the East India Company was invented in 1600 to usurp the trade of which India was the hub. That is why Columbus was trying to come to India. Before the British rule, India accounted for 27 per cent of the global economy. Britain was a mere 1.8 per cent. Over two centuries of British rule, India had been turned into a land of hunger and poverty.

As Shashi Tharoor points out in An Era of Darkness: “The British proclaimed the virtues of free trade while destroying the free trade Indians had carried on for centuries, if not millennia, by both land and sea.”

In 1716, the first global corporation, the East India Company, signed a Free Trade agreement with Farukhshir, called the Farukhshir Firman. This free trade agreement allowed the East India Company to take over India’s economy and colonise our beautiful land. In 1757, with the deceitful Battle of Plassey in which Robert Clive colluded with Mir Jafar, the British East India Company took over Bengal, going beyond international trade to rule. Today’s rulers — the billionaires — have amassed their billions through rent and royalty collections imposed through the free trade rules of World Trade Organisation and newer agreements.

In 1994, in Marrakesh, Morocco, governments signed the General Agreement on Tariffs and Trade that led to the creation of WTO in 1995. Like the Farukhshir Firman, the WTO agreements are written by corporations, for corporations, to expand their control on resources, production, markets and trade, establish monopolies and destroy both economic and political democracy. The WTO and free trade agreements go way beyond international trade, which takes place outside national borders.

So-called “free trade” agreements invade into our daily lives taking our every-day freedoms away. They are trying to take away farmers’ freedom to save their seeds and exercise seed sovereignty. They attempt to take away our food freedom by dumping toxic food, junk food, GMOs and destroying our local ecological agriculture and food systems, which get priced out of the markets they have served. They even hijack and subvert our democracies. This is why I work for seed freedom, food freedom and earth democracy.

American biotechnology corporation Monsanto wrote the TRIPS agreement of WTO, which is an attempt to claim seeds as Monsanto’s “invention”, and own seeds as “intellectual property” through patents. The aim is to own and control seed and make super profits through the collection of royalties. We have seen the consequences of this illegitimate corporate-defined “property” rights in India with extortion of “royalties” for GMO seeds leading to high seed prices. Approximately 300,000 dead farmers is evidence of the institutionalised genocide.

Cargill wrote the agriculture agreement of WTO. The result has been that India — the largest producer of oilseeds and pulses — has emerged as the biggest importer of both. The edible oils being imported are GMO soya oil and palm oil, both extracted with Hexane through solvent extraction. Both lead to massive deforestation in Argentina, Indonesia and Brazil. We are importing dals from Canada and Mozambique, while our farmers are unable to sell what they have grown.

The junk food industry, including Coke and Pepsi wrote the SPS agreement of WTO. Our Prevention of Food Adulteration Act was dismantled and replaced with the FSSAI, which is being used to shut India’s rich and diverse, small scale, home and cottage industry based food businesses, under pseudo-safety laws. Even Gandhi’s ghani (the indigenous cold press oil mill) in Wardha was served notice under the FSSAI. In spite of all the knowledge we have of the link between industrially processed food or junk food and disease, it is the junk food industry that gets government subsidies, while our artisanal, healthy food systems are banned through laws, or shut down through the Washington inspired “war on cash” also called demonetisation (and the digital economy).

The neo-liberal economic paradigm is an attempt at decolonisation and re-establishment of corporate rule through the use of old instruments of conquest, control, and wealth extraction in new form, accompanied by deregulation.

While the rhetoric of globalisation, neo-liberalism and “free trade” is “less government”, the reality is that from the perspective of people, corporate globalisation — based on enclosures of the commons — requires the creation of a corporate surveillance state, an invasive militarised police state which can violently protect the interests of the one per cent, at the cost of ordinary people.

Deregulation has impacts on our lives, livelihoods and freedoms. Consolidation and spread of corporate power, undermining real economies that nourish and sustain people, is one impact. At a deeper level, one of the most significant shifts was the emergence of financial power over the real economy, and the destruction of the real economies of nature and society. Another major consequence has been the mutation in politics, with representative democracy moving rapidly from “of the people, by the people, for the people” to “of the corporations, by the corporations, for the corporations”. Worse, the concentration of economic power in the hands of a small group of unelected, unaccountable individuals, translates into political power to influence governments, laws, policies and shape the future of our food and health and the future of the planet.

In India, the highest policy making body, Niti Aayog (also serving executive functions), is packed with people whose only expertise is corporate “free trade” and trade liberalisation. The promotion of imports when we don’t need them, the undemocratic undermining of government institutions working according to the Constitution to protect the farmers rights to seed, and people’s rights to affordable and safe medicine, pushing GMOs and hazardous medicines are examples of corporate metrics outweighing real life.

Niti Aayog has become a one-stop-shop for global corporate lobby groups to transform India’s economy into their private (backyard) market. This is systemic corruption of our democracy and a recipe for destruction of people’s economies.

The concentration of economic power and destruction of local economies creates unemployment, displacement and economic insecurity. The insecurities are used by the powerful to divide societies along racial and religious lines. Fragmentation and disintegration of societies is intimately linked to the extractive economic model of wealth accumulation by the few.

In this period of decolonisation, we need a new movement of freedom. That should be our national commitment in 2017, the centenary of Gandhi’s Champaran satyagraha.