Mrinal Sen: A giant who gave a new meaning to Indian cinema

Aruna Vasudev
The writer is an eminent film critic and historian, author and maker of documentaries, a member of several international festival juries and one of the top scholars of Asian cinema. 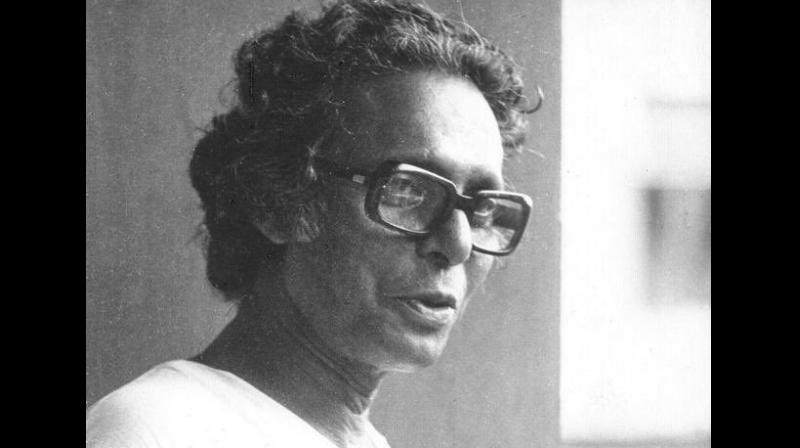 Mrinal Sen’s energy and enthusiasm were reflected in that films that he made, not only for their variety of subjects but also the variety of languages — Bengali, Oriya, Telugu and Hindi.

Mrinal Sen has just left this world — at a much later age than his two great contemporaries Satyajit Ray and Ritwick Ghatak. Between the three of them, they brought a new meaning to Indian cinema. From popular entertainment they showed that cinema was a very effective thought-provoking form. There had been individual filmmakers in the 1930s, principally in Hindi in what was then Bombay, but Ray, Ghatak and Sen awakened the imagination and aroused thought ideas through the films they made.

Mrinal Sen made his first film in 1956 — Raat Bhore (Night’s End) — he himself dismissed it as “very bad”. But with Baishey Shravan (A Wedding Day) made four years later, he arrived as a filmmaker. Love, and its bitter end in the famine that swept the land, made it one of the most memorable films of that period in Indian cinema when films started to emerge from mere entertainment to a thought-provoking form. He was not personally touched by the partition of Bengal; he was more concerned for the cause of all who suffer, whatever the reason. Baishey Shravan is a tender love story with a bitter end in the famine that stalked the land. “I wanted to show the ugliness, the cruelty, the implacable nature of famine,” he said, and he did precisely that. But he also showed the humanity that refused to surrender.

Mrinal Sen’s energy and enthusiasm were reflected in that films that he made, not only for their variety of subjects but also the variety of languages — Bengali, Oriya, Telugu and Hindi. They are an indication of his own restless, inquiring and always youthful spirit. The quality changes from film to film — very reflective of his own being! But many were outstanding and will leave a mark on the history of Indian cinema.

It was when he saw Francois Truffaut’s Jules et Jim and discovered the French New Wave at a film society screening in 1965 that his passion for cinema soared. He discarded conventional narrative and started experimenting with a variety of ideas and forms through which to express them — not only in style but also language. He made Matira Manisha (Two Brothers) in Oriya because, he said, “it is challenging to work in a milieu and a language not your own; it forces you to extend yourself”. And extend himself he did, to make films in different languages and widely differing styles while Matira Manisha’s significant role was to give a boost to filmmaking in Orissa.

Bhuvan Shome, which he made in Hindi, revealed his own evolution as a filmmaker as much as it opened the way to the emergence of an alternate cinema in India. From the sombre tone of the “social documents” he had been making, Mrinal Sen turned to a lighter, gayer atmosphere. In a sense, it was an opening for Indian films to be moving out from the stuffiness of studios — and the Hollywood influence — into a fresher, younger world more relevant to a contemporary Indian sensibility. It was Truffaut’s youthfulness and Jacques Tati’s “inspired nonsense” that could be said to have inspired him.

It certainly inspired the young Indian filmmakers just beginning their careers. This film and those that followed each other in quick succession — Interview, Calcutta 71, Padatik, Chorus — all set in Calcutta (as it was still called then), in Bengali, showed that his passion seemed to be to urge the audience to rise out of passiveness and acceptance and to rise up against a sea of troubles.

Four years, and he seemed spent. In 1976, two years after a break, he went away from Calcutta and Bengali to make Mrigayaa in Hindi in a tribal village, set in pre-Independence days. For Oka Oorie Katha he took Premchand’s Hindi story Kafan set in a village in the north, transplanted it into Andhra Pradesh and made the film in Telugu.

At a later point in his filmmaking years, his approach and his ideas turned into a different direction. Ek Din Pratidin is more about the individual, in this case a woman who returns late from home to the anger of family and even neighbours. Mrinal Sen seemed to turn from political and social issues more into concern for individuals, as become evident in his later films, from Karij to Amar Bhuvan.

In Akaler Sandhanay, a film director encounters opposition in the village he goes to make a film on famine. Smita Patil plays the role of a village woman during the famine the director wishes to film, and he backs away to shoot the film in the city in a studio.

Does this imply that village life is something an urban person, even if he is a film director, cannot comprehend, or cope with? Mrinal Sen seems to be looking at urban and rural life in a new way through this and the other films that followed.

Khandahar has depth and lyricism combine in the story of an urban young man visiting the ruins of a mansion where an elderly woman is on her deathbed with her spinster daughter beside her. The young man and woman sense the whiff of romance, but it disappears almost as soon as it appears, making the film into a memorable experience. The sense of nostalgia, poetry and delicacy is matched in Aranyer Din Ratri, with this time Shabana Azmi gracefully playing the role of a fading spinster.

The varying forms of style, content and language made Mrinal Sen into a towering figure in the history of Indian cinema. At major festivals across the world he won awards, was honoured in many ways — including the Dadasaheb Phalke award in India. Although his career shows fluctuations — in content, style, form and language, it reflects the variety of his films both in theme, content and style. On the whole, they are memorable in their creativity and content.

His approach and his attitude towards cinema was unique, and his place in the history of Indian cinema is assured.