Pitroda, who has worked with both Rajiv Gandhi and Rahul Gandhi, says that while the former was more of a “tinkerer”, the son is a “thinker”. 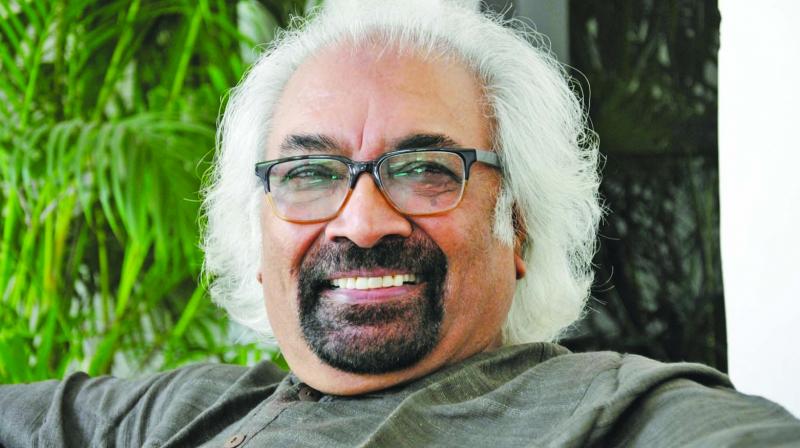 A close confidante of the Congress’ first family and head of the Indian Overseas Congress, Sam PItroda says that the Minimum Income Guarantee being promised by his party could be an economic game changer. He claims that the economists who are questioning the scheme are trained in the Western model which looks at the economy only through numbers. In an interview to Sreeparna Chakrabarty, he says that building a country is different from building a company. Mr Pitroda, who has worked with both Rajiv Gandhi and Rahul Gandhi, says that while the former was more of a “tinkerer”, the son is a “thinker”.

Congress president Rahul Gandhi has just unveiled the Minimum Income Guarantee Programme or the Nyuntam Aay Yojana (Nyay) that would be the chief component of the party’s manifesto. You think this can be the political game changer in the coming elections?
To me this is something that has been in the air for quite some time, nationally as well as globally. People have been talking about Minimum Income Guarantee for the poor everywhere. Some have experimented in advanced countries. In India, we have had conversations on this for some 50 years.

I think we have come to a point where we have a fairly robust economy. We have created many billionaires in the last decade. It is time to really do something special for the poorest of the poor. It is our moral responsibility. If we can give $1,000 a year to 50 million people, it comes to $50 billion. That is not much. For an economy of our size, this is nothing. I think it comes at the right time. It is a fairly bold initiative. There is enough money in the system for it.

While economists have questioned the finances, the Congress is saying that the fiscal repercussions have been worked out and this will “remonetise” the economy and bring it back on its feet?
Absolutely... During demonetisation, with a big vacuum cleaner we sucked the cash out of the system. Now we need to do exactly the opposite, and that is to put cash back into the system.

The problem with economists is that many of them are trained in Western concepts. They look at GDP, GNP, per capita income and balance of payments. It is more sort of a corporate financial system. But building a nation is very different from building a company. A lot of these economic ideas are still based out of Western thinking. Our poor need to satisfy their basic needs and this money will come back into the system anyway. There is a different way of looking at it. The economy is not just about money and numbers, and there is a lot more to it vis-a-vis social justice.

The Congress has been accused of falling back on welfare economics to win elections.
The issue is really that our approach to economics is Gandhian — which is bottom-up and not top-down. A lot of the critics look at the top-down approach. You build refineries, big ports or a huge factory and then say that my state’s GDP has gone up. What has really happened is that three guys have become billionaires. But it hasn’t helped a large number of people in the state.

The people who will get money under Nyay are not going to spend outside but within the system. All the money will go into the local economy, which will create jobs. The ultimate goal is to create local jobs. Part of the problem across the world is that in the name of globalisation, we have ignored localisation.

We need to think through this economic model differently. If I say this, people say you are not an economist. Of course I am not an economist and that is my advantage. I can ask complicated questions as I have not been trained. Ignorance is a great asset if you know how to use it.

Your comments on the Balakot strike created much controversy.
The Prime Minister of the country lied about what I had said. How can he get away with it? Because I don’t get that (media) coverage? The Prime Minister said Mr Pitroda has said about Pakistan… but I haven’t said anything about Pakistan. I think our media is not fair today. I was literally flabbergasted that my interview forced the PM of the country to send four tweets and the head of the party call a press conference.

What do you make of the PM’s recent announcement on national television of India launching the A-Sat missile?
It was silly. The Prime Minister of a country according to me had no need to take credit for it. Credit should have gone to the scientists. We are proud of them. This wasn’t Narendra Modi’s idea. It had been in the works for long.

The Congress president has been touring abroad and meeting the Indian diaspora quite a bit. You, as head of the Indian Overseas Congress, have been at the core of it. What has been the response?
We have seen a very good response. In Dubai, we had 50,000 people who had come to listen to Rahul Gandhi. We have 25 million people of Indian origin abroad. The NRI contribution of this country has been huge. Whenever we go out, we meet with the head of state, the business community, students and with the community at large.

You have worked with both father and son — Rajiv Gandhi and Rahul Gandhi. What differences or similarities have you seen in them?
First of all, times are very different. India then was very different from India now. Then privatisation was a bad word. Liberalisation and deregulation was very unusual for people to accept. Now it is fine. That world was very simple. The world today is complex. Now aspirations are very high. The tools are also very different. His (Rahul Gandhi’s) tools are different from Rajiv Gandhi’s. Rajiv  was more of a tinkerer, this guy is more of a thinker. Everyone is different in their style of functioning. But his (Rahul Gandhi’s) heart is in the right place.

Do you think Priyanka Gandhi’s entry into politics would make a difference to the Congress’ fortunes in Uttar Pradesh?
It is hard to say right now. We have a tough battle in UP. But we will see. If we can get 10 seats in UP, that would be good.

Can she contest against Mr Modi in Varanasi? Would that be prudent?
This is media-created stuff. But if it happened it will get more media coverage. It will get the global media there… If you lose you lose.