‘There is a misconception that SC banned Jallikattu. It was Jairam Ramesh...’

Youngsters started thronging Marina Beach in Chennai and within a day it became a mass movement, says Karthikeya Sivasenapathy. 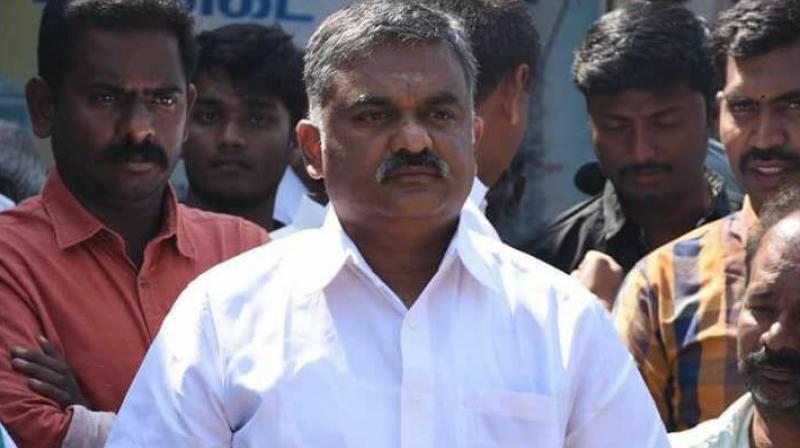 Karthikeya Sivasenapathy, who heads the Senaapathy Kangayam Cattle Research Foundation, is one of the prime movers of the Jallikattu agitation in Tamil Nadu. In an interview with E.T.B. Sivapriyan, Mr Sivasenapathy asserts there is no ‘cruelty’ involved in Jallikattu and says the organisers will have no issues if the government ensures ‘more transparency’ in the way the sport is conducted.

First, give us a brief about Tamilargalin Veeravilayaatukal (valour sports of Tamils) that existed for several decades and centuries together.
There is a lot of traditional sport that has been played in Tamil Nadu and they are kabaddi, seval sandai (cock fight), jallikattu, rekla (bullock cart race), sathurangam (chess), malyutham (traditional art of full contact grappling that originated in Tamil Nadu), and gusthi (a form of traditional boxing, which is slightly deviated from wrestling). These are the sports that have been traditionally played in different parts of Tamil Nadu. There existed a specific reason for every sport and jallikattu also had a reason. It is directly connected to protection of live stock.

What is the significance of Jallikattu?
Traces of Jallikattu is found in Indus Valley Civilisation, which is 4,000 years old and researchers have found evidence that this sport was played then. But in India, unfortunately, animal welfare became elitist and people who kept animals as companions started talking about welfare of animals and with the arrival of Peta in India in 1998, animal welfare became so elitist that in collusion with other groups, they started advocating bans. They (groups) started targeting exotic breeds and native breeds — from native dogs to native cows to native camels. One should understand that cattle are interplay of nature and culture.

How did this ban on Jallikattu come?
There is a misconception that the Supreme Court banned Jallikattu. It was Jairam Ramesh during his tenure as the minister of environment, forest and climate change in 2011 in collusion with the animal welfare groups’ added bulls to the list of performing animals. Mr Ramesh expanded the list of performing animals without consulting the then Union Cabinet or Parliament. He simply added bulls to the list of performing animals like lion and tiger through a notification. How can they add bull, which was domesticated some 8,000 years ago, into the list of wild animals that can’t perform in circus? Bull is directly linked to farmers and it is a livestock. Organisations like Peta wanted to ensure that India’s native breeds are wiped off. It is not just Jallikattu that has been targeted by Peta and other animal welfare groups. Thirteen native breeds of the country are in danger and these groups want to wipe them off without any understanding. In my opinion, I think the Supreme Court should have understood the design of these groups and called a meeting of the stakeholders. Though the Supreme Court has come to the rescue of the people in several cases, people of Tamil Nadu felt let down by the apex court in this case since it directly related to the welfare of the farmer.

How did the peaceful movement become a mass movement in just about a week?
First and foremost, I am nowhere connected to Jallikattu and I was working in the western part of the state and in 2012, we had a stakeholder meeting with all Jallikattu associations and we understood that they could not articulate their case in the Supreme Court properly. Though they had complete understanding about the issue, articulation was missing and that is where we thought of helping them and joined them in fighting for Jallikattu. We got in touch with diaspora groups and youngsters and the movement continued since then and the breakthrough came after a Tamil television channel broadcast a debate on Jallikattu. After the debate was telecast, we got the support of singer “Hip-Hop” Adhi, who rendered a song on the bull fight, and it swelled.

After a gap of two years, we were expecting Jallikattu to happen in 2017 and when Union minister of state for road transport & highways, shipping Pon Radhakrishnan expressed inability to conduct Jallikattu and apologised, I think it was the breakpoint. Several hundred people thronged in Alanganallur and I along with my colleagues Adhi and R. Rajasekaran (Tamil Nadu Jallikattu Association president) attended the protest meeting on January 16 and left for Madurai.

But when police picked up protesters and refused to release them, the protest started spreading to other parts of the state. Youngsters started thronging Marina Beach in Chennai and within a day it became a mass movement.

Do you agree to the suggestion that Jallikattu was the trigger for the pent-up anger of Tamilians on the denials of their demands such as Cauvery and Mullaperiyar water, Katchatheevu and the recent demonetisation?
I would go back much earlier to 2009. I think the pent-up goes back to the Eelam issue. Everybody was hurt by (India’s tacit support to Sri Lanka in the civil war and not protecting the ethnic Tamils). And certainly people are upset with denial of water from Cauvery and Mullaperiyar and I think NEET also had a role to play. Language is and has always been a sensitive issue in Tamil Nadu and rural students felt NEET was discriminatory and that also added to their list of denials. Of course, demonetisation also fuelled their anger. Jallikattu was the centrepiece of the protests.

How did “anti-social and anti-national” elements creep into the otherwise peaceful protests?
On January 19, when I addressed the students at Marina Beach, our demand was to amend Prevention of Cruelty to Animals Act, an ordinance to ensure conduct of Jallikattu and ban on Peta. And on January 21, when the ordinance was promulgated I declared that it was victory of sorts for the movement. When it was pointed out that Supreme Court may strike down the ordinance, I told them that any law or ordinance in the country can be scrutinised or struck down by the Supreme Court. I was allowed to speak only 15 minutes and some fringe elements, which constituted only 0.01 per cent of the protesters, wanted me to cut my speech short and snatched the microphone from me. Then they spoke about how amendments should be brought in Constitution to take away the powers of the apex court which made no sense. Yes, these fringe elements did not let me complete my speech.

Do you think there was an intelligence failure?
An intelligence aspect was missing, but the problem was police could not have removed these people at that time. If they had tried, then other students would have protested against the police. Police were caught in a dilemma. Otherwise, it was a world-class protest.

As an animal lover, do you agree somewhere down the line, some elements have resorted to unethical practices like feeding the bull with liquor and using rods just before the bull is released from the vaadi vaasal (the traditional entrance through which bulls enter the Jallikattu track)?
No. I have never seen anyone using a rod to attack the bull and I have never seen bulls or the players being fed with alcohol. There may be one or two per cent of anomalies, but they can’t be used against the sport. There are many issues in Olympics so do you ban Olympics? We are all for transparency and we want the government to install CCTV cameras and strengthen their monitoring mechanisms. We have no problem if the government wants to ensure transparency in the way the sport is conducted. And the government should come forward to augment infrastructure facilities.

But Peta and other rights activists show video evidence to substantiate their claims that cruelty is involved in Jallikattu?
Jallikattu is held in the presence of a district collector, who is an IAS officer and district SP, an IPS officer. An officer of the rank of deputy director of the animal husbandry department is also present at the event. Why should they lie, or why will they lie? If at all there is cruelty, we would work towards ending them. Jallikattu is a sport and we have no problems if the government wants more transparency in it. We have agreed on all the rules set by the government.

What kind of infrastructure facilities? What is your view about the suggestion to corporatise Jallikattu in the way of getting sponsors and allocating special stand for donors to get more money and spend them on protecting native breeds?
The government can construct small-size stadiums in places like Alanganallur and Palamedu and can help conduct the festival of Jallikattu in a much better manner. It should augment infrastructure facilities and should hand over them to the village committees to ensure that the local flavour does not go missing. They can think of a jallikattu academy to save local sports and soft culture of the region.

What about knocking at the doors of private players?
We don’t want to collaborate with them. Because after a point of time there will be betting and other things. Already there are jokes about Jallikattu Premier League. We don’t want anything of such kind. We want Jallikattu to be held in its local flavour without losing its sheen.