India’s ICJ win: ‘The contest was about the future of multilateralism’

Diplomacy is all about utilising every opportunity to promote your interests and following the best path to pursue your goals, says Syed Akbaruddin. 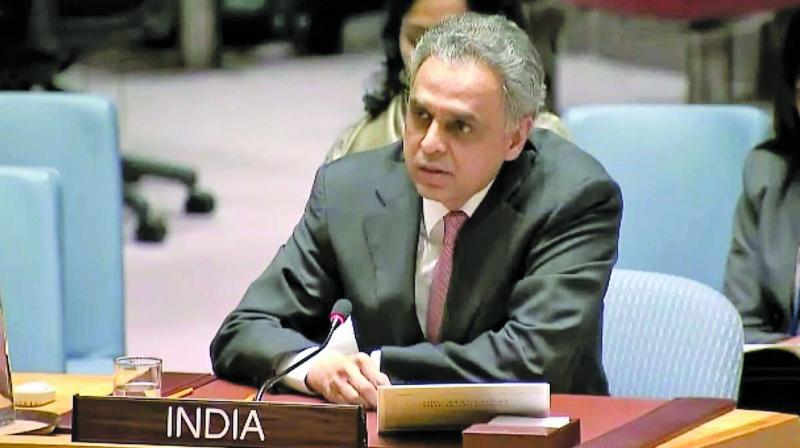 Last week, India created history at the United Nations by winning a fiercely-fought electoral contest against its former colonial ruler Britain for the re-election of Justice Dalveer Bhandari at the International Court of Justice (ICJ) at The Hague. India’s victory had made global headlines since it was the first time in decades that a permanent member of the UN Security Council (the P-5 club) had been forced to retreat by a non-P5 member, a development that was also seen as heralding the “winds of change” at the UN and perhaps the end of an era of unbridled dominance of the P-5 countries. Syed Akbaruddin, India’s permanent representative at the UN and senior diplomat, tells Sridhar Kumaraswami how New Delhi managed to achieve almost the impossible.

India’s campaign showed it could beat off the challenge of a P-5 nation despite the odds. What explains this?
Our election efforts had the complete support of our political leadership. They were coordinated in a systematic manner by the brains trust of India’s diplomatic establishment led by the external affairs minister.

All our missions globally were reaching out to interlocutors all across the world and we had meticulously analysed and planned for multiple eventualities, having researched past precedents and trend lines.

All this ensured that the foot soldiers at the trenches in the UN were aware that we were part of an unprecedented Indian diplomatic effort and were confident that we would be able to overcome the numerous hurdles in our path.

From the beginning, India had an overwhelming majority at the UNGA. Did you see it as a vote of solidarity by developing countries for the underdog?
India is fortunate to have broad-based support across the globe. Of course, fellow developing countries are key components as the solidarity that has bound us together is based on commonalties of objectives and vision of a more inclusive multilateral framework that provides space for diversity.

The contest was not just between two nations. It was between India and its former colonial master. Given the history of bilateral ties, what are the implications of this victory?
The contest was not only about two countries, but also two competing visions of the future direction of multilateralism. It was a choice between those who were trying to stem the democratic drift and those who wanted the spirit of the times to prevail.

However, one should see that the way it ended was also as remarkable as the way the election was fought. We ended the contest honourably. Both the UK and India agreed to abide by the moral and value framework that both of us are wedded to. This bodes well for the future of our ties as it was a cooperative and collaborative end in tune with our common values. This is indicative of the maturity of our ties.

Was there ever any real possibility of India reaching a compromise with Britain or were you ready for a contest till the bitter end?
Diplomacy is all about utilising every opportunity to promote your interests and following the best path to pursue your goals. We were confident that in this contest our interests would be better promoted by continuing the electoral process to its logical culmination.

When did you feel the tide turned after 11 rounds of deadlock?
We could always sense that the momentum was with us from the time of the first vote in the direct contest as despite every diplomatic effort by those supporting the other candidate, our tally remained steady.

What are the lessons learnt in international realpolitik from the victorious campaign?
We need to have faith in ourselves and capabilities as a country whose leadership is willing to set goals and work for their achievement in a focused manner.

Will the result set the stage for reforms in the United Nations Security Council and how will it impact the future?
Every organisation, if it has to be relevant, needs to change and reform itself. The UN is no exception to this global phenomenon. The choice only is to either do it in a structured manner or it may happen not by design but by chance. Either way, India is well situated to gain from such change.