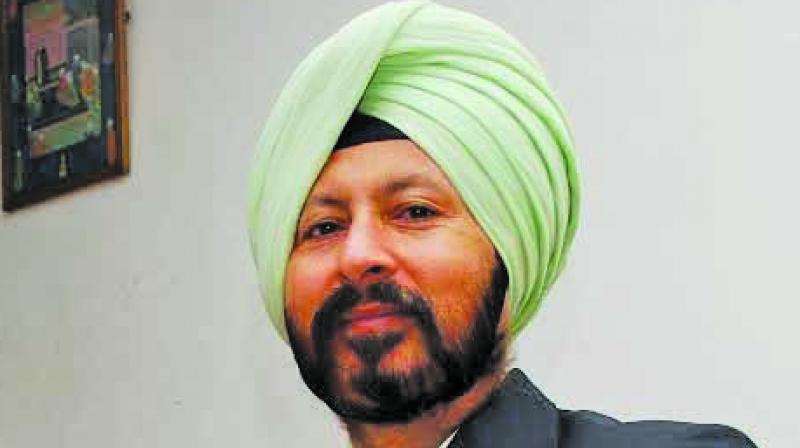 Brig. Gurmeet Kanwal (Retd), who has commanded an infantry brigade in the Gurez sector on the Line of Control in Kashmir and an artillery regiment in counter-insurgency operations, says that India’s actions against Pakistan have been carefully calculated to avoid escalation. In an interview to Sanjib Kr Baruah. Brig. Kanwal talks about the latest developments in the vexed India-Pakistan relationship.

Indo-Pak hostilities have spiralled in recent days. What is your assessment of the current scenario? Where are we headed?
The India-Pakistan relationship has touched a new low. Unless Pakistan’s deep state — the Army and ISI — stops sponsoring terrorism into India and Afghanistan, we may be headed for a short, sharp conflict.

It is said that cross-border raids between the armies of the two countries were fairly common in the pre-2003 days. How correct is it?
This is factually incorrect. On the Indian side there were clear orders to refrain from crossing the LoC, except in retaliation for the barbaric actions of Pakistan’s rogue army. Such trans-LoC raids were few and far between.

There is a school of thought that India should try to strengthen Pakistan’s counter-terror mechanism rather than taking Pakistan head on. What are the problems in doing this?
It is for Pakistan to fight the demons within. However, it is in India’s interest that they succeed or else creeping Talibanisation will soon reach our western border. It is in Pakistan’s interest to keep its eastern front with India quiet. If the Pakistan Army chooses to escalate against India, we have no option but to dominate the LoC to prevent infiltration.

Are the two countries following a conscious policy of brinkmanship? Keeping the nuclear capability in mind, what determines India’s and Pakistan’s thresholds?
It is only after maintaining restraint over two and a half decades of Pakistan’s proxy war that India has retaliated proactively. India’s actions have been taken in self-defence and have been carefully calculated to avoid escalation.

In a departure from the past, the Pakistan military establishment has taken to accepting casualties. The names and pictures of the dead Pakistani soldiers are made public by taking recourse to social media. What to your mind is the reason behind this latest change in strategy?
Given the mega-media age that we live in, including the all-pervasive social media, casualties can no longer be kept under wraps. The Pakistan Army now finds it beneficial to own up its casualties and gain popular support.

With as many as 200 ceasefire violations in less than two months, does the 2003 ceasefire agreement hold any significance?
It was an informally agreed ceasefire that had been observed in spirit for almost a decade. Now it is as good as dead and buried.

Pakistan is said to possess India-specific tactical nuclear weapons (TNWs). What is the way to counter it?
Pakistan claims that it will employ its Hatf-9 60 km missile, claimed to be capped with a TNW, to stop the Indian forces advancing into Pakistani territory. India’s nuclear doctrine is premised on massive retaliation to the first use of nuclear weapons against India. If Pakistan uses TNWs against Indian forces and India retaliates with a massive nuclear strike, Pakistan would cease to exist as a coherent nation-state. Presumably, that would be unacceptable to the generals in-charge of Pakistan’s nuclear arsenal. Hence, the use of TNWs is a bluff that can be called.

A recent report by Hans M. Kristensen, the director of the Nuclear Information Project at the Federation of American Scientists, has claimed that Pakistan is secretly changing its nuclear deterrence stance from a limited one to a full-spectrum nuclear deterrence posture. What are the implications for India?
Pakistan has been in the process of graduating to what their analysts have termed full spectrum deterrence for many years now. They are attempting to acquire every type of warhead and delivery system that has ever been invented. Deterrence is not a numbers game. Hence, India’s nuclear deterrence is not affected by Pakistan’s quest for full spectrum deterrence.

ISIS and Al Qaeda in the Indian Subcontinent elements in Pakistan have declared their intention to acquire Pakistan’s nuclear arsenal. How valid is this fear?
As long as the Pakistan Army is in control of Pakistan’s nuclear warheads and their delivery systems, there is negligible danger of these falling into the hands of ISIS elements or other jihadi groups. Nuclear warhead storage sites have three rings of security. The personnel nominated for guard duties are carefully selected and a constant watch is kept over them. However, if there is a Colonels’ coup from within the Army by officers with leanings towards radical extremism, then the jihadis will gain control over the full nuclear arsenal. Such a development will be dangerous, but it has a low probability of occurrence.