There are still some parties who are based on dynasty politics and play caste-based and vote-bank politics, says Bhupender. 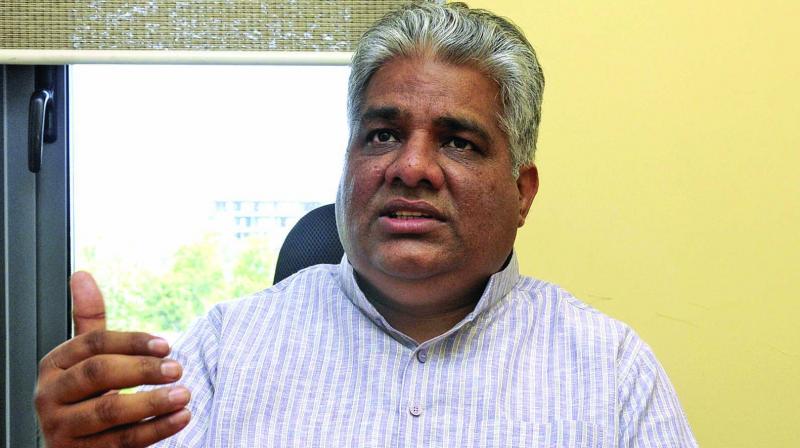 For the BJP, the 2019 Lok Sabha election verdict is one of “positive politics” to carry forward Prime Minister Narendra Modi’s mission to create a “New India”.

Bhupender Yadav, the BJP’s national general secretary, in an interview with Yojna Gusai, says that the 2019 mandate was against vote-bank and caste-bank politics.

What is the message of the 2019 Lok Sabha election verdict for your party and for the nation?
The nation has voted for positive politics, to carry forward the idea of a “New India” and to strengthen democracy. The verdict and the mandate are an acknowledgement of the “garib kalyan” policies of the Narendra Modi-led NDA government, a transparent and effective government, which proved that development and national security are its priorities and the Modi government’s dedicated efforts to bring the country out from policy paralysis mode. The verdict is a validation of the Modi government’s hard work and an approval to carry forward its development work in the second tenure.

The entire campaign was focused on Mr Modi. Do you think the mandate proved that the negative campaign against Mr Modi was rejected by the people?
Certainly no campaign can run on negativity. The entire election campaign was for pro-incumbency. Allegations of anti-incumbency got rejected. Voters don’t get easily swayed by what political parties say. Voters these days are smart enough to do a comparative analysis and review of an incumbent government or its leaders and then only they vote. The Indian voter is a matured voter who has kept democracy strong for all these years. The verdict proved that voters rejected the Opposition’s lies and favoured Mr Modi.

The BJP also won handsomely in Madhya Pradesh, Chattisgarh and Rajasthan, states that your party lost to the Congress last year. Does this mean that there was strong anti-incumbency against your party’s state leadership then?
Assembly elections are different from general elections. I would not like to comment on what went wrong during the Assembly polls but as far as the organisation and mandate goes, these states also benefited from Mr Modi’s popularity and his government’s hard work.

Your party president Amit Shah had been saying that the BJP will win more than 300 seats and the verdict proved it.
Under Mr Shah’s leadership, the party not only got 10 crore members but also various cells and departments and a robust organisational structure throughout the country. In a systematic and scientific manner, even our cadre at the booth level was directly connected with the Central leadership. It was this teamwork and the organisational strength which carried to the people our party’s message and the people-centric initiatives of the Modi government. Both the organisation and the government got the people’s mandate for working in national interest.

In the NDA’s earlier tenure, some of your allies had accused the BJP of one-upmanship within the alliance.
This is not true. We have always followed the gathbandhan dharma. We always take along our allies. As compared to the NDA’s last tenure, more allies have joined us this time.

The Opposition parties had accused the BJP of trying to garner support on religious lines.
We don’t believe in vote-bank politics but in the people’s politics. Our party and the government always worked on taking along people and to carry forward the good work of the government. However, there are still some parties who are based on dynasty politics and play caste-based and vote-bank politics. But if you see the verdict, people have rejected most of these parties and totally rejected dynastic politics.

Are you saying that caste politics from the Indian political system is in decline now?
India has its own unique social equation where everyone is given representation. In this social equation, everyone gets opportunity to grow. Therefore, in our definition of social justice, we do not believe in putting one group against another but in taking along everyone together. Our motto is “Sabka saath sabka vikas” and through this we will achieve sushasan (good governance).

West Bengal was perhaps the only state where the BJP had a bitter fight with the ruling TMC and your party gained significant numbers.
West Bengal has rejected the violence and hate politics of the TMC. Not only the BJP, cadres of other Opposition parties were also the victims of the TMC’s hate politics. Not just these elections, even in the panchayat polls, the TMC used violence as a tool against its opponents. But people of the state gave both the TMC and its chief Mamata Banerjee a strong message that their style of politics will not be tolerated.