Borrowing cost of the government will go up and across the board the interest rates will go up in the capital markets, 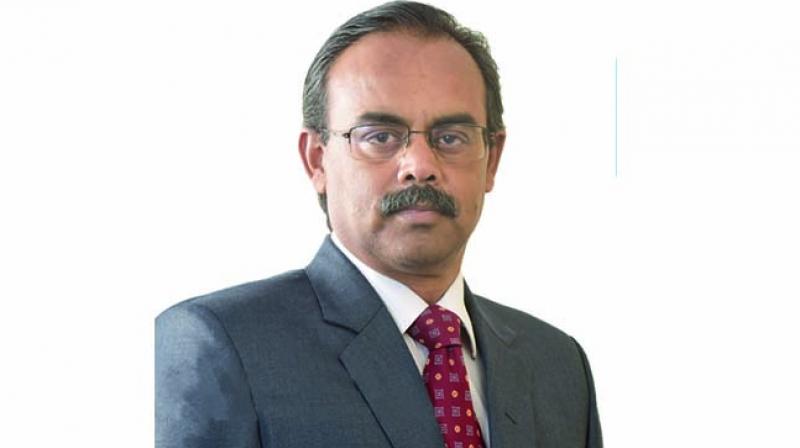 Sunil Kumar Sinha, principal economist with India Ratings, international rating agency Fitch’s Indian subsidiary speaks with Pawan Bali about the Narendra Modi government’s plan to unleash an economic stimulus to push economic growth and what it will mean for the fiscal deficit target of 3.2 per cent. Mr Sinha warns that any move to breach the fiscal deficit target will have an implication and may send signal to FIIs that everything is not good with the Indian economy.

Currently, there’s a debate on whether the current slowdown in the economy is temporary or not? What is your view?
So far as the economy is concerned it has both the components: part of it is cyclical in nature and part of it is structural. Obviously, some of the steps taken in the last year or so — like demonetisation and GST — had a temporary impact; it gave a temporary shock. So the current slowdown has both the components. We will have to see if in the next couple of quarters the cyclical component eases out of its own. But the structural component needs some amount of surgery without which they can’t be overcome. In my view the second quarter of the economic growth should be better than the first one.

We will also have to see whether the stimulus, which the government is talking about, is capex-oriented or revenue spending. Demonetisation and GST had a lingering impact on economy and particularly on SMEs which have been badly impacted. So what I have gathered is that most of the stimulus will be in the form of support to this sector. These sectors are reeling under working capital requirement and exporters are struck with huge refund under the GST so most of the stimulus is going to ease out their working capital requirement. In some way it will help but it will be tough on other government finances.

While there is a talk of stimulus, there were also some reports saying that as revenue is down the government may have to cut the expenditure. At a time when private investment is subdued, do you think it is dangerous to cut government expenditure which is the sole engine driving the economy?
Certainly private investment is muted and it is unlikely to pick up for a year or even a two also. Expenditure of the government is extremely important. Government has budgeted something like Rs 5 lakh crore of capital expenditure for the current fiscal as compared to Rs 4.5 lakh crore in the previous year, so there is an increase of Rs 50,000 crore in the capital expenditure. But the fiscal arithmetic of the government looks very weak at this juncture. Let’s look at the non-tax revenue side, government had budgeted Rs 74,000 crore as dividend from the RBI. But RBI has only paid Rs 30,000 crore, so there is a shortfall of Rs 44,000 crore. Again government had accounted Rs 44,000 crore as revenue from the telecom sector, given the situation in the sector there is going to be shortfall from there as well.

There is also going to be a shortfall in the revenue budgeted by the government from the disinvestment. From the revenue side there is going to be a shortfall of Rs 60,000-Rs 70,000 crore. And if the government has to spend another Rs 60,000 crore as stimulus then the whole fiscal arithmetic becomes difficult. I don’t know how government will achieve both ends: spend up expenditure and keep the fiscal deficit under check. But if the government decides to relax the fiscal deficit target then it is a different matter altogether.

Reports suggest that the government is likely to give a stimulus of Rs 50,000-Rs 60,000 crore. Do you think that would be sufficient for a large economy like India?
Definitely not. It is not going to impact much as far as the overall growth number is concerned. But there is a realisation in the government that demonetisation and GST have resulted in a scenario where the SMEs and informal sector have been hit. They are very important sectors for the economy. Some 40 per cent of our exports come from SMEs sector. So something needs to be done to help them out. Stimulus package which is being talked about is not going to be spent on large infrastructure projects, but facilitating sections of the economy currently passing through a difficult time.

On Friday, we have seen that the markets were down as investors were spooked about India relaxing fiscal deficit target. Do you think any move to relax the deficit target will hit the investment?
Borrowing cost of the government will go up and across the board the interest rates will go up in the capital markets. Cost of raising money through bonds by Centre, state and corporates will go up. This is not good from the prospective of reviving private investment if the cost of raising money goes up. Also, somewhere it will give a signal to FIIs and others that everything is not good with the economy.