‘The 10th Schedule should be amended. Defections are a mockery of democracy’

The unfortunate part of today’s politics is that the legislature is being undermined, says Amroha MP. 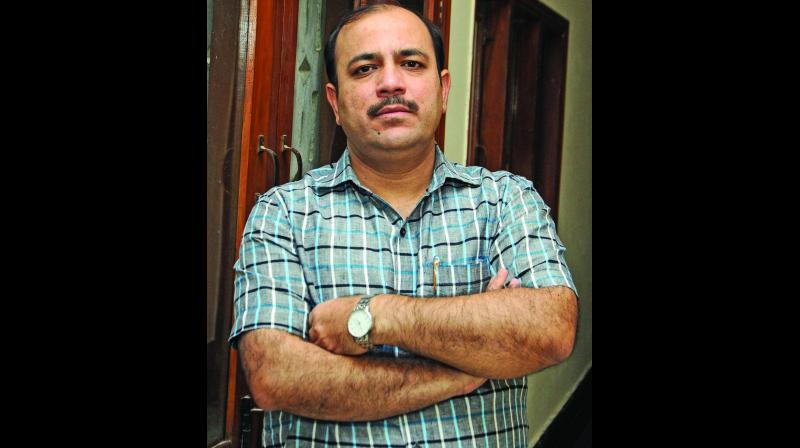 As a former secretary general of the Janata Dal (Secular), he was one of the key members of the team which had stitched together the Congress-JD(S) coalition government in Karnataka last year. Though he has since joined the BSP and has become the party’s leader in the Lok Sabha, Amroha MP Kunwar Danish Ali feels that the Karnataka fiasco shows how the executive was bullying the legislature and questions the governor’s role. In an interview with Sreeparna Chakrabarty, he, however, agrees that the coalition was full of internal contradictions from the beginning and the outgoing chief minister Siddaramaiah could never digest it.

You were one of the key people who stitched together the Karnataka coalition. What do you feel about the situation there now?
It is really unfortunate what is happening in Karnataka. People like us wanted this coalition government to survive and last its full term. But unfortunately, the turn of events are such that there is doubt over its completing the full five-year-term. This time it may survive, but the sword will keep hanging over its head.

We all knew from day one that the BJP was trying to destabilise the coalition government. This is what their slogan is. In the garb of Congress-mukt Bharat, they want an Opposition-mukt Bharat. They want a democracy like in some other countries where the Parliament is just there as a namesake.

But there is a view that there were internal contradictions in the coalition to begin with.
That is true. It is true that both the parties contested against each other in the Assembly elections. Though I am nobody to comment on that anymore.

The way in which both the parties fought the bitter battle in the Assembly polls — and unfortunately in the Lok Sabha elections too — there was no proper coordination.

A Congress leader recently said that the former chief minister Siddaramaiah wants to be leader of Opposition. He has deep issues with the Gowda family.
From day one, the former chief minister had not digested the coalition. Some people say that. There may be some truth in that. Unfortunately, the Congress at the national level — the high command of the party is not in a position to crack the whip.

The Congress is also headless at the moment. Is that another factor?
That may also be the reason... But the Karnataka situation was different from day one. Ultimately, it was the decision taken by the Congress high command against a section of the local leadership’s wishes at that time. But they did take them on board also.

The BJP had been given a chance. B.S. Yeddyurappa had been chief minister for a day.
The unfortunate part of today’s politics is that the legislature is being undermined. Even when you watch the sittings in Parliament, the executive is a bully. They are not allowing the proper voice of the Opposition to be heard. My humble opinion is that the anti-defection law should be amended. The 10th Schedule should be amended. It is a mockery of democracy. If you are doing horse-trading in the open, then what is the anti-defection law doing? And I have raised this issue in Parliament.

If an MLA or MP is getting elected on a party symbol and changes his or her party overnight, his membership should automatically go. If any party is making a manufactured majority, they are doing this by horse-trading.

In Karnataka, the BJP was given a chance and they were defeated on the floor of the House, so where does the question arise that the same BJP and the same leader should be offered to form the government? This means that you are going for mid-term polls. On one hand, you are talking about one nation one election, on the other hand, you are destabilising a government. Will it not be a mockery when a leader was given a chance and lost on the floor of the House and the governor then gives an invitation to the same person? Who are you fooling?

How can the governor dictate to the Speaker that by this time you must have a trust vote? In 24 hours, he has written three letters. What is this? You are destroying the federal structure of this country. You don’t let the legislature have a say. You want to run everything with your nominees.

The Karnataka coalition was tom-tommed as a test case for Opposition unity. Do you think that is over now?
Whatever majority the BJP has, Rajiv Gandhi had more numbers than that. One should not live in a fool’s paradise and think that things are going to remain the same. Don’t undermine the wisdom of the electorate of this country. Today the Opposition has lesser numbers, but tomorrow, things are going to change.

Now you are with the BSP. How do you see the failure of the SP-BSP coalition in the Lok Sabha elections in Uttar Pradesh?
Ultimately, we have accepted the verdict. But even while accepting the certificate, I had said that I am going to fight in Parliament over scrapping EVMs and going back to the ballot. When developed and modern countries are not using EVMs, why should we? People are losing faith in democracy. Why are we pursuing this? My party stands for this.

As an individual, I am fighting this battle for the last 20 years. My consistent position is that. You can check the Election Commission’s meetings. This is nothing new for me.

Many MPs are joining the BJP in the Rajya Sabha. What is your view?
Again the issue comes to one of amending the 10th Schedule of the Constitution. Overnight, they made TDP members join. That was horse-trading in wholesale. In the Goa Assembly as well, wholesale horse-trading took place. This is not good for the country. If there are no Opposition voices in the Assemblies or in Parliament, what is left of the meaning of democracy?