Dr Sen talks about the impact of demonetisation on various sectors of the Indian economy. 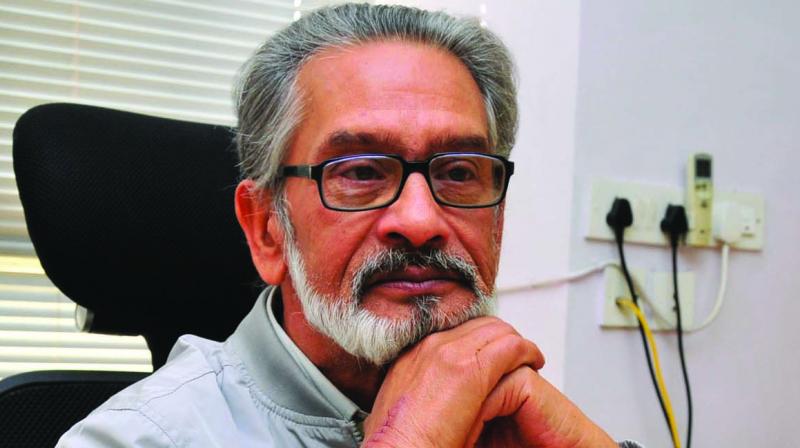 Economist Pronab Sen was the first chief statistician of India and is currently country director, International Growth Centre (India). Dr Sen has done PhD in economics from Johns Hopkins University, specialising in open-economy macroeconomic systems, international economics and public finance. In an interview with Pawan Bali, Dr Sen talks about the impact of demonetisation on various sectors of the Indian economy.

How do you see the Narendra Modi government’s move to demonetise Rs 500 and Rs 1,000 notes to curb black money?

Well let’s be clear that demonetisation is not going to curb black money. Black money is like an income, it happens on daily basis. So people who are evading taxes will continue to evade taxes, which is the single largest source of black money. People who are taking bribes will continue to take bribes. What this step does is it addresses the problem of black money that was accumulated in the past so it is addressing black wealth. Then you have to ask the question of total black wealth: how much of that is getting affected? The answer clearly is black wealth, which is held in cash. Black wealth, which has been converted to gold, real estate or sent abroad, is not affected at all. So essentially, it is a penalty or it is like a fine that you are putting on accumulated cash holdings in the black economy.

How large is cash holding in the black economy?

There are various estimates and numbers, which I have seen suggest it (cash) is about 5 to 6 per cent of the total black assets.

Is demonetisation the right way to tackle black money? Or there could have been other effective ways to tackle it?

It is difficult to say. Demonetisation is a step, which is usually taken in situations where there is counterfeiting. There is some of it here we do know what is happening to terrorist funding. So the counterfeit front is ok. On the black money front, I have hard time seeing why this particular way of demonetisation where the PM announced that money is no longer money. Then you allowed exchange. Why this is better than announcing that money will stop be money from a future date let’s say December 31. So if the Prime Minister announced that from December 31 all existing `500 and `1,000 notes will no longer be accepted and that over this period we are going to issue new money and you covert it. But to covert it these are the rules, which you have to follow. It would have had exactly the same affect but with much less disruption.

It will affect consumption. But that is not the problem. The big problem is that it will affect production. What we are immediately looking at is the agriculture because kharif season is over in Punjab, Haryana, West Uttar Pradesh and Maharashtra. In south and east, the kharif season will end by November or the beginning of December. And sowing of rabi will start. If rabi sowing gets delayed, as it is happening across north and west India, the effect would be worst in east and south; then what you are looking at is a prospect where rabi crops may fail quiet severely. It is a major production disruption. We can live with less expenditure on our consumption for three to four months. But if production doesn’t take place then future income is not going to get generated which is a much more serious problem and if production is disrupted, job creation will be affected.

If production gets disrupted then in short term we may see decrease in the rate of inflation due to current liquidity crunch, but in long term prices will rise?

That is correct. You will probably see a short term dip in inflation. And if production is affected, information is going to come out with first estimate of rabi which the agriculture ministry will put in January. If it shows reduction in rabi sowing then we will immediately see inflation going up because everybody will expect shortages.

Will demonetisation result in a delay in pick-up of private investments?

Yes, certainly. This is because there is a huge uncertainty in the system. So until the uncertainties work out and you get into a higher degree of confidence private investment will get affected. People will just hold back their investments even if you lower interest rates.

You expect a knock down affect on the GDP?

Yes. In this particular year I am expecting 0.50 per cent impact on the GDP. The growth rate instead of being 7.5 per cent or 7.6 per cent will probably be closer to 7 or 7.1 per cent.

Do you see an impact only on one quarter?

No, it will take at least eight to nine months to work out. I was talking about the current fiscal.

The government has been claiming that there will be short-term pain but in the long term economy will grow faster.

Well it depends what do you mean by long term. Usually when we talk about long term we are talking about more than three years. I have no idea what is going to happen after three years. I don’t think anybody has any idea. In short term, it is very clear that there is going to be a negative affect. In medium term, it is difficult to say... it can be either positive or negative.

Do you see an impact on the GDP for up to eight quarters?

Eight quarters is a lot. I would say three to four quarters.

After that you expect growth to...

The informal sector works today largely on the basis of money sourced from the informal financial market — moneylenders, chit funds and hundis among others. The bulk of the affect that you are going to see is going to be precisely on the stock of cash that is being held by these financial institutions. Now that money goes down, it is not going to get replenished in a hurry. So the informal sector is going to have a negative impact for quiet a long time. The question is those parts of the economy, which have access to formal credit or banking credit, whether they will be able to make up for that deficit.

On the employment side, since informal sector is the largest employment sector, particularly for unskilled workers, you are certainly going to see a negative employment report.